These days if you blink you might miss it, but in years gone by, Weldborough was a tin mining boom town. During the 19th century, Weldborough had the largest Chinese community on any tin field in Australia. They are said to have outnumbered the Europeans.

Weldborough was first known as Thomas Plains. It was named after an early surveyor. The original plan was to open the area to rural development but the discovery of tin resulted in a sustained mining boom.

The boom saw a service town of pubs, general stores, butcher’s shops and the like. Later a hotel (with good accommodation) and a racecourse were built. Chinese dominated tin mining and outnumbered Europeans by up to 10 to 1. At its peak, Weldborough had about 700 Chinese miners: most of the State’s 1,000 to 1,300 or so Chinese. The original pub slept three shifts to a bed. Not roulette but mahjong and fan tan were played in Tasmania’s first casino. A lottery was part of gambling and a Chinese man was murdered while taking the proceeds to the bank at nearby Moorina. In 1893 a visiting Chinese opera company performed at Weldborough. The Chinese worshipped at an elaborate local temple, burning incense sticks and seeking guidance from the deity. Weldborough’s joss house – with its ornately dressed figures, intricate carving, scrolls and plaques – is now at the Queen Victoria Museum in Launceston.

At Weldborough cemetery there are numerous derelict graves of Chinese. Although most tin miners returned to China, at Moorina cemetery there is a monument in their honour, together with a stove in which to burn offerings to their spirits: testament to the fortitude of the Chinese and their contribution to the development of Tasmania.
In the roaring days of the Weldborough Mine the lights were never dimmed, and with three shafts to every bed the trade ‘roared on’ continuously, and every prospect bore a pleasant smile. Having exhausted its importance as a going concern, the Weldborough petered out.’ 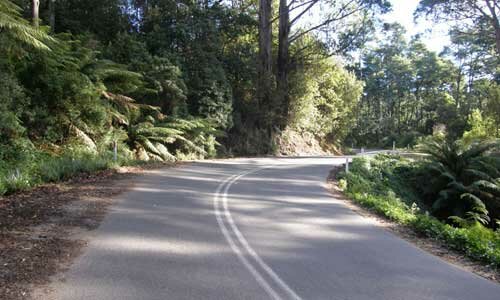 A few kilometres to the east of the town, Weldboropugh Pass rises 595 metres and offers excellent views on either side of the road and the range. It is known for the most spectacular fern displays that you will see anywhere in Australia. For a number of kilometres huge ferns line both sides of the road. They are interspersed with stands of blackwood, sassafras and some of Tasmania’s oldest myrtle. At the top there is a lookout that offers spectacular views to the coast. 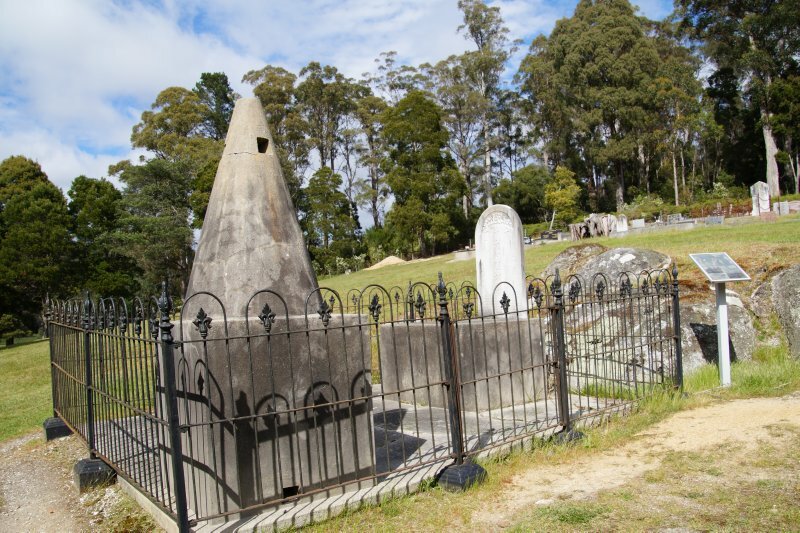 The tiny settlement of Moorina was originally a tin mining centre. It now has a virtually non-existent population. The only interesting landmark in the town is the solitary Chinese headstone and small ‘oven’ in the cemetery (turn off the main road – it is clearly signposted) which recall the fact that in the late nineteenth century hundreds of Chinese arrived in the area to work in the tin mines. Moorina was once known as Krushkas Bridge (after the Krushka brothers who settled in the area and opened the Derby mine) but was later renamed Moorina, after Truganini’s sister. 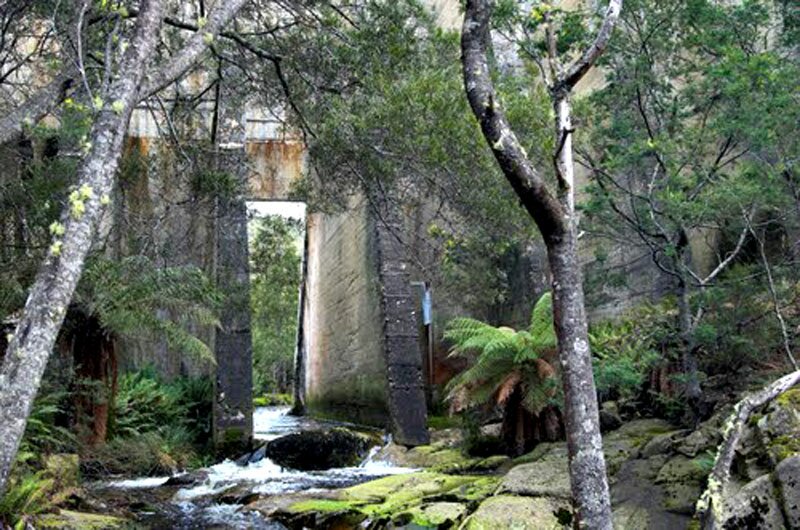 Mt Paris Dam (6 kms west), on the Mt Paris Road. is the only surviving pillar and slab dam in Tasmania. Originally named the Morning Star Dam, it was built across the Cascade River using only shovels and wheelbarrows in 1937 and was connected by an 11 Km water race with the Mt Paris Mine. The mine closed in 1970 and the dam fell into disuse. In 1985, a hole was blasted into the 16 metre high wall to release the water. In the middle of the dam, most of the vegetation has now grown back, the only indication it was ever any different is the dam wall which still rises starkly before you in the middle of the bush. 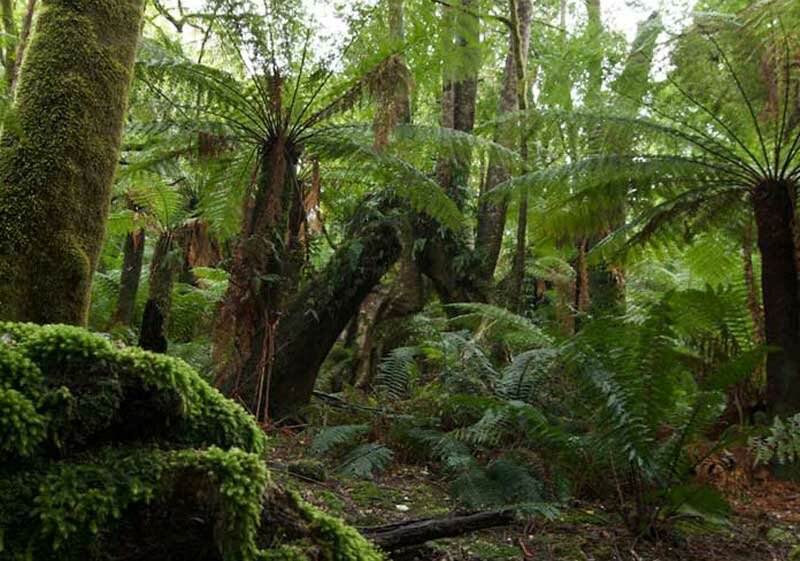