Tullah began life as a mining town named Mount Farrell, established in year 1900 after silver lead ore was discovered in the area. It was later extended as a hydroelectric power scheme construction town during the making of the Pieman Scheme in the 1970s. It is now mainly a fishing community at the edge of Lake Rosebery.

It was later extended southwards by the HEC and used as a hydroelectric power scheme construction town during the making of the Pieman Scheme in the 1970s to early 1990s when its population reached 2500, but is now mainly a community at the edge of Lake Rosebery and a fishing location. Prior to adequate roads being built in the area, it was serviced by the Wee Georgie Wood Railway under its earlier name of the North Farrell Tramway.

The town is roughly divided into two "suburbs", an older northern and a younger, more planned out southern. the northern half was originally a mining town called Mount Farrell, established in year 1900 after silver lead ore was discovered in the area.

Tullah is a town in the northern part of the West Coast Range, on the west coast of Tasmania, about 111 km south of Burnie.

Prior to adequate roads being built in the area, it was serviced by the Wee Georgie Wood Railway (now a tourist railway) under its earlier name of the North Farrell Tramway.  The Wee Georgie Wood Steam Railway is the only operating two foot guage Steam Railway on the West Coast of Tasmania.  It is hauled by a 1925 Romeo Mechanical Locomotive used on the Lake Margaret Tramway until 1964. The train operates on the first Sunday plus the last Saturday and Sunday of each month for season October to June. Rides commence at 10:00am and finish by 4:00pm , the trip takes approx 25 minutes.

The railway originally had 3 locomotives, Wee Georgie Wood, Wee Mary Wood and a Krauss engine named "Puppy". Wee Mary Wood was never restored and its chassis is currently in the Ida Bay/Lune River area. Prior to working in Tullah, Puppy worked in the Duck River region of the state and was eventually bought by the North Mt Farrell Co. The name "Puppy" was given due to its high pitched whistle, but it was originally Krauss number 2640 of 1892. The engine was eventually sold to Ida Bay in the 1930s where it still is today. The majority of the original track is now under the waters of Lake Rosebery but a short length of track close to the Murchison Highway is still in use by the Wee Georgie Wood Railway, along with some rolling stock. 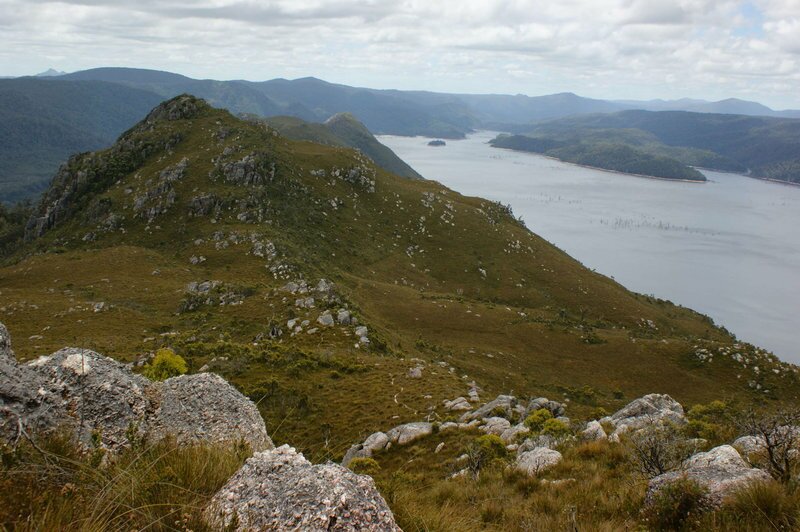 This is an interesting short walk that starts on a signposted track in the small town of Tullah on the west coast. Initial walking is through forest and climbs steeply after passing a few old mines. Around 35 minutes, and you’re out onto a button grass clad ridge. At the track junction, take the right branch, as the other one takes a lower route to the other side of the range and Lake Herbert. Continue climbing and the track makes the top of the ridge, and there’s some views of Lake Mackintosh to the east.

The track follows the ridge south over a few ups and downs to the summit. There are a few patches of scrub, but the track avoids most of these and is easy to follow. The summit offers some good views of Mt Murchison, Tullah and the nearby Lake Herbert. The summit of Mount Farrell (712 m) offers views across to Cradle Mountain and Lake St Clair National Park. The walk to the top is relatively short (3 km each way) but in that short distance the track rises 500 metres, so it is for experienced walkers.