Tomahawk is a small seaside town overlooking Bass Strait in the heart of a coastal region characterised by superb beaches, dramatic sand dunes and attractive, isolated countryside. It is an ideal destination for people wishing to escape from the hurly burly and have a peaceful holiday walking on the beach, swimming or fishing.

Tomahawk is 29 km north west of Gladstone and 40km east of Bridport. Scottsdale is 20 km to the south. The city of Launceston is 130 km away 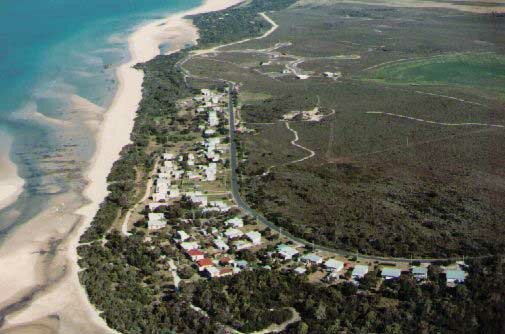 A village of around 100 people, Tomahawk has  a caravan park, small shop  and a boat ramp, making it a popular holiday destination during the summer months. Between Tomahawk and Bridport you will find the world class Barnbougle and Lost Farm golf links.

Tomahawk Beach fronts the small settlement of Tomahawk, with the Tomahawk River Public Reserve between the beach and houses. The Tomahawk Road follows the rear of the reserve with a caravan park located behind the eastern end of the beach and the beach used to launch small boats at high tide. Around the river mouth conditions there is at times a low sand spit and elongated lagoon which forms along the length of the beach.

Mining played a big part in opening up Tasmania's North-East. In 1869 a shephered named Lewey Richardson discovered gold at Lyndhurst. Tasmania's first Governor and Commander-in-Chief, Du Cane, arrived the same year and as Tomahawk town was established in 1869 it was named DuCane. However, it was renamed Tomahawk officially in 1963, as the river and island bad always been known by that name. 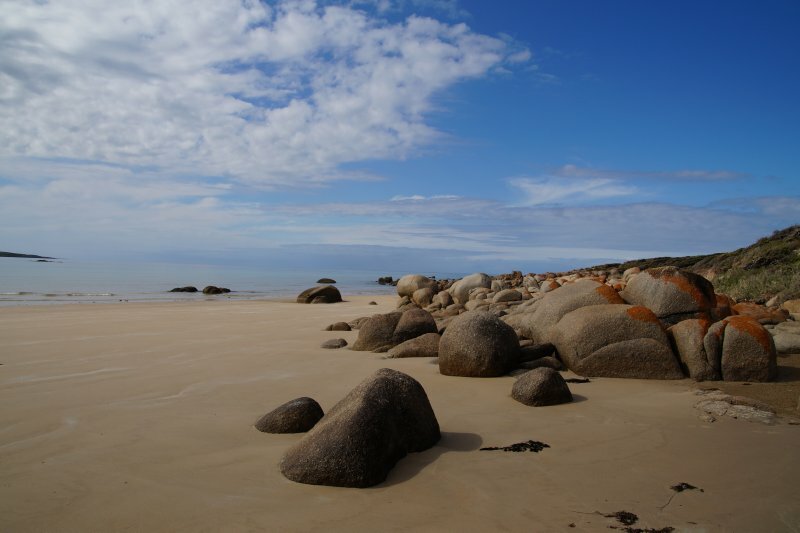 Village Green Camping Area has outstanding views across the passage to Waterhouse Island. Enjoy fishing, swimming and boating at this free campground. Access is from Homestead Rd, turning off 1.4 km east of the Herbies Landing turn-off. About 1 km in, the track splits; take the left fork, then it is 800 m to the camping area. A beach boat-launching site is nearby. Bring drinking water and firewood. 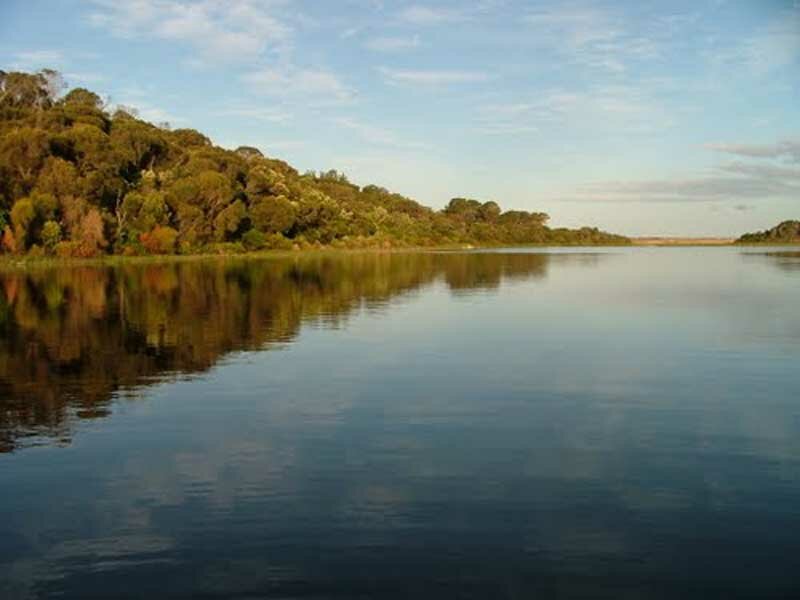 The Waterhouse Conservation Area in Tasmania's north-east contains many wetland communities, including three major permanent deep-water lagoons - Blackmans Lagoon and Big Waterhouse and Little Waterhouse lakes. Little Waterhouse Lake is listed under the Ramsar Convention as an internationally significant wetland. Waterhouse is popular place for camping, with several sites available. Other popular uses of the reserve include hunting, wildlife viewing, fishing, and recreational vehicle use. On the northern shore of Big Waterhouse Lake is a small camping area used mainly by duck shooters, but also sometimes by fishermen. No facilities are provided. 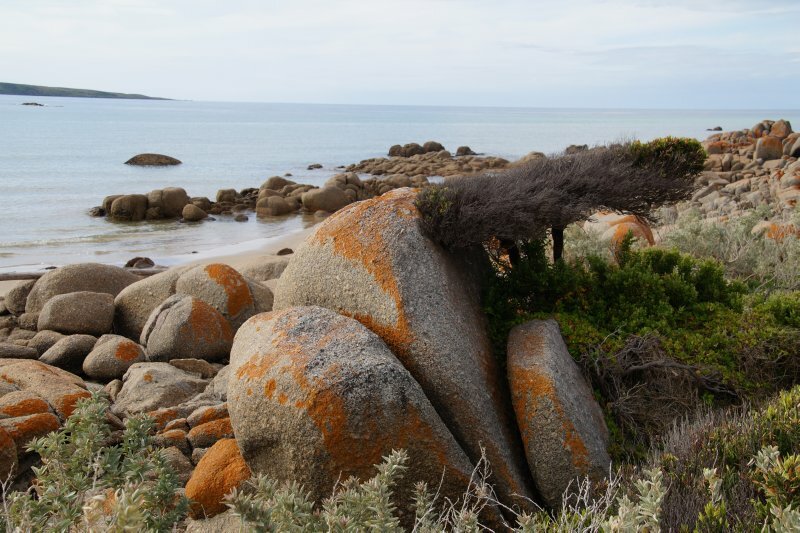 An isolated beach for swimming and by fishermen to launch small boats. The main vehicle track terminates at the northern end of the beach where a few fishing shacks are located behind the beach and to the lee of the boundary rocks. Rason Beach is within the boundaries of Waterhouse Conservation area, to the west of the village of Tomahawk.