Taroona is a major residential suburb approximately 15 minutes drive from the centre of Hobart, Tasmania on the scenic route between Hobart and Kingston. Although on the edges of the City of Hobart, Taroona is actually part of the municipality of Kingborough.

Taroona is an Aboriginal word meaning sea-shell, specifically that of a 'Chiton'.

The traditional owners of the lands now known as Taroona were the Aboriginal people of the Derwent estuary known as the Mouheneener people. Relatively little is known about the indigenous people's use of these lands, although some shell middens are said to have been found along the shorelines.

15 km south of Hobart. Travel south from Hobart along Sandy Bay Rd. The shot tower is one the left on the outskirts of Taroona just before a sharp bend.

The first European settlement at Taroona took place in the early 19th century, when land was granted to settlers who had relocated from Norfolk Island. For the remainder of that century, the area was largely used for farming, and was sparsely populated. In the first half of the 20th century, more large and elegant residences were built, as well as beach shacks and cottages which were used for seaside holidays by the residents of Hobart.

On the foreshore above Taroona Beach there is the grave of a young sailor, Joseph Batchelor, who died on the Sailing Ship Venus in the Derwent Estuary in 1810, and was buried ashore on 28 January 1810. It is reputed to be the oldest European grave in Tasmania, and it is a declared Historical site.

After World War II, significant subdivision of Taroona was undertaken, and the suburb's population rapidly expanded. Having been developed mainly in the "era of the automobile", Taroona was from the beginning a commuter suburb, and it has a notable absence of commercial or retail premises, many of the early retail enterprises having lost the battle with larger supermarkets elsewhere. 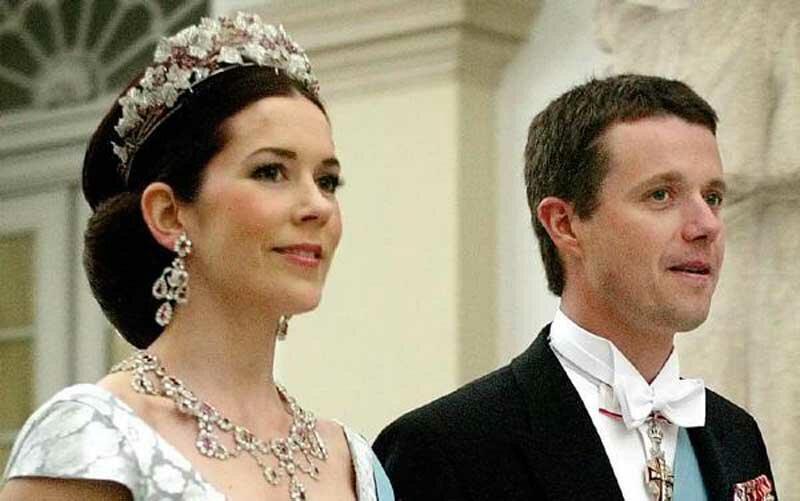 Taroona was the childhood home of Tasmanian-born Mary, Crown Princess of Denmark, who attended the river-side Taroona High School before completing her high schooling at Mount Nelson's Hobart College and embarking on her tertiary degree at the University of Tasmania. 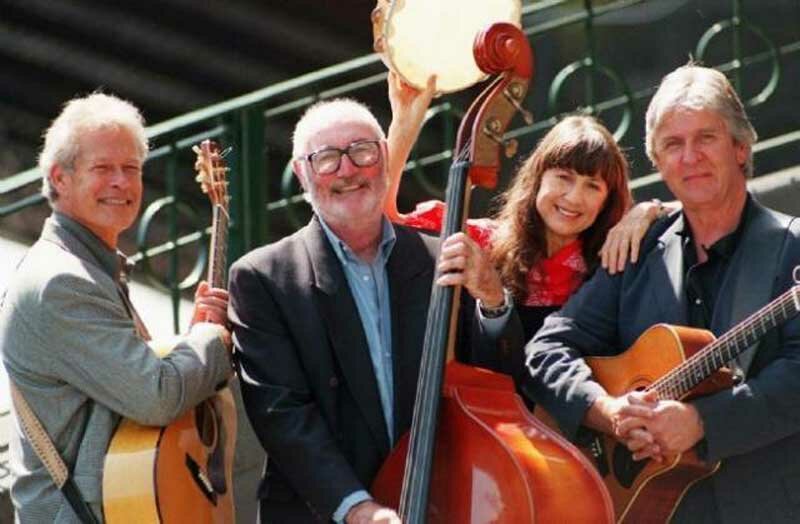 Lead vocalist of The Seekers, Judith Durham (born Judith Mavis Cock, 3 July 1943) lived in Taroona as a young girl, and attended the Fahan School in Sandy Bay before moving to Melbourne in 1956. She joined The Seekers in 1963.

David Bartlett, former Tasmanian premier (2008), was also raised in Taroona. Gwen Harwood, poet and librettist, lived in Taroona with her family for a number of years in the nineteen fifties.

Shot towers were used in the 18th and 19th centuries in the manufacture of lead shot for weapons. In a shot tower, lead is heated until molten, then dropped through a copper sieve high up in the tower. Tasmania’s only shot tower is at Taroona, south of Hobart. Australia’s first shot tower and hot for muskets, Taroona Shot Tower was built in 1870. Built by Joseph Moir in 1870, it would remain Tasmania’s tallest structure for over 100 years, until superseded by the 61 m ABC tower in Hobart. 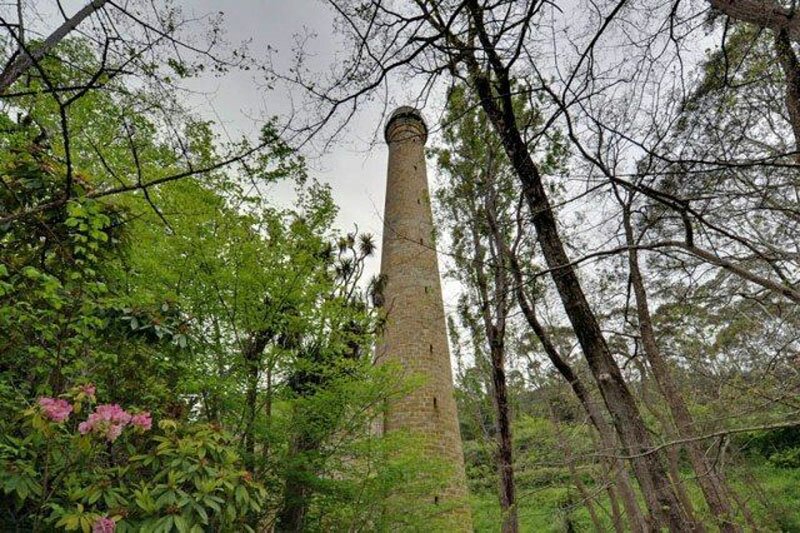 One of three surviving in Australia today (the most well known is in the heart of the Melbourne CBD), it is a remarkable tapered structure 48 metres tall and features an internal spiral staircase of pit-sawn timber and an external gallery at its top which was probably used to store firewood for the upper cauldron. The gallery is now a viewing platform. I won’t tell you how many steps there are to the top, as those who make the trek and get the count right are given a certificate to say they climbed it. Entry fees apply.

Just before reaching Taroona is the Truganini Reserve, named after the woman cited (with some contention) as the last surviving "full-blooded" Tasmanian aboriginal. A steep track leads from the reserve through forest up the side of Mount Nelson to the semaphore station at the summit that offers superb views over the Derwent River. The return walk takes around an hour and a half. 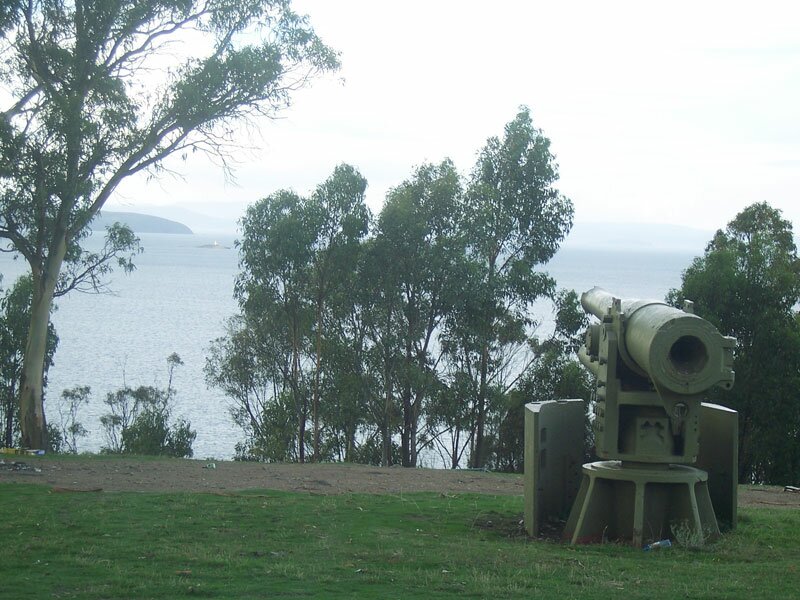 With the outbreak of World War II, the Department of Defence acquired land at Piersons Point and South Arm on the opposite bank of the Derwent Estuary. Fort Direction was built on Piersons Point; its guns, though no longer used, are still in place. The only enemy action to ever affect Hobart happened on 1 August 1942, when a submarine-launched Japanese spy plane flew from the submarine’s mooring in Great Oyster Bay south along the east coast of Tasmania, before flying northward along the Derwent River surveying Hobart and then returning to its mother submarine.