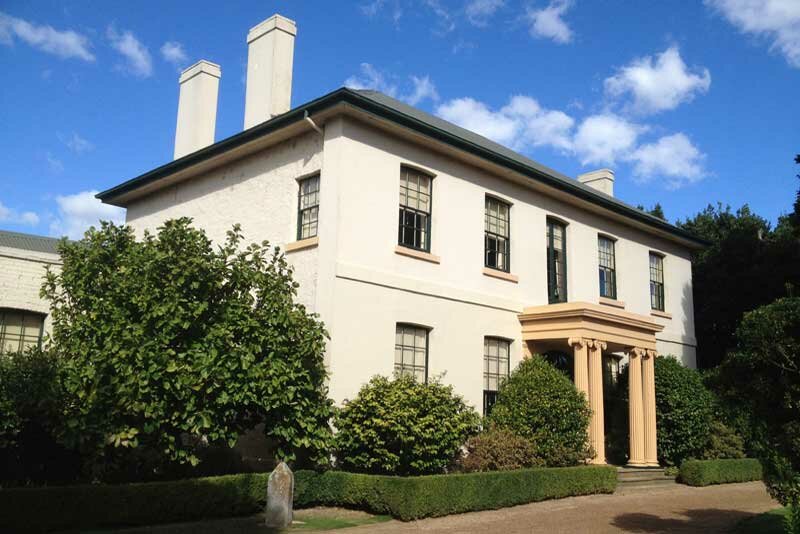 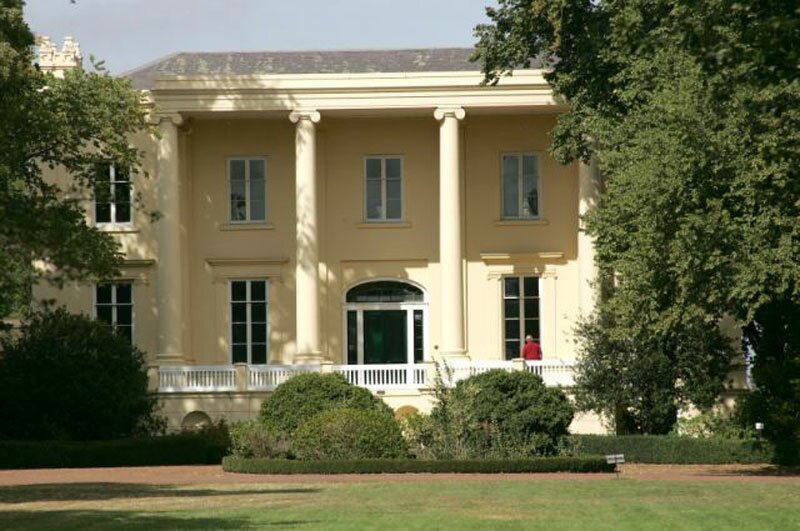 1838 - Clarendon, 234 Clarendon Rd, Nile: Clarendon House is arguably one of Australia's greatest Georgian Regency style houses still standing today. It has formal gardens and grounds, a tree lined avenue, Italianate facade, restored early colonial outbuildings and is owned by the National Trust. The wealthy grazier and merchant James Cox (son of William Cox) had the house built in 1838. It has a fine reconstructed garden, notable outbuildings and an important setting in the landscape.

1838-9 - Franklin House, 413-419 Hobart Road, Franklin Village: An excellent example of a two storey Regency house built 'on spec' for Britton Jones, an early Launceston brewer and innkeeper in 1838-9. A feature of the building is its scholarly Ionic porch. The house was purchased by the National Trust in 1960, restored and opened to the public in 1961. It is a large, classic Georgian house of brick and stucco. It features a main hipped roof, projecting eaves, 12 pane windows above, 15 pane below. The front facade is stuccoed and has string courses between two levels.

96 Entally Road, Hapdsen: A fine Colonial house and outbuildings established in 1819 by Thomas Reiby whose son was the Hon. Thomas Reiby at one time archdeacon of the Anglican Church, later a politician. The house and its early owners had curious interests of race horses, politics and religion which are represented in the buildings at Entally.Sited at the junction of the Meander and South Esk Rivers, the estate has been skilfully enhanced by fine landscaping. Entally House is open for public inspection. 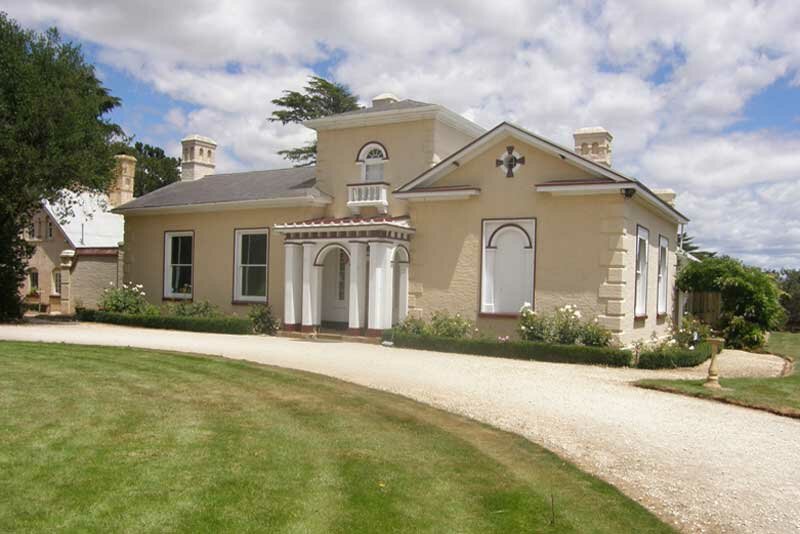 Woolmers Estate, Longford: Prominent among the early settlers, the Archer family built a number of grand houses and estates in the area. They farmed and developed the land, and built a number of homesteads which are among the finest in northern Tasmania. Six generations of Archers have lived in Woolmers Estate, from 1817 to 1994; it is now owned by the Woolmers Foundation Inc and is open to the public. Regarded as the most authentic remaining example of an Australian pioneer farm, it has established a National Rose Garden, with more than 4,000 roses on display.

1824: Brickendon, 236 Wellington Street, Longford: One of Tasmania's World Heritage Convict Sites, Brickendon Historic Farm and Convict Village was built by William Archer in 1824; the village is still owned by his descendents. The complex affords the a rare chance to see a double storey Georgian brick homestead, convict-built Gothic chapel, Dutch barns, chicken house, blacksmith shop and tool shed and stay in historic farm cottages. There is also a four hectare (10 acre) historic garden for you to explore. The homestead is a double storey brick building with a hipped roof, stringcourse and 12 paned windows with shutters. There is a portico at the front entrance.

Edenholme Grange is a grand Victorian mansion (1881), named after a three-masted barque that plied from the Port of Launceston. The vessel unfortunately came to grief on Hebe Reef at the mouth of the Tamar River. Originally built in 1881 by a sea captain, its current owners have restored and brought the property back to life to offer 8 bedrooms in the main house as well as 3 separate fully self contained cottages. Featuring gracious formal living and dining rooms and beautifully decorated suites. It is currently utilised as a Bed and Breakfast. 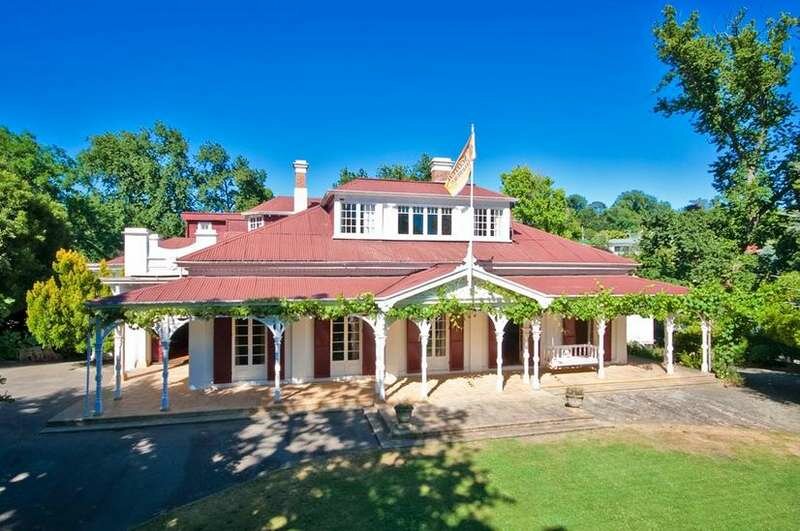 13 Claremont Street, East Launceston: originally a Georgian house (single storey with verandah and series of French windows) which was added to dramatically at the turn of the century. Its Federation period additions by J & T Gunn, who were at the time Launceston's master builders and craftsmen, dramatically enhanced the property. The 6.2ha of magnificent gardens are still as they were in 1859 with kitchen garden with hedge borders, lean to glass house, sweeping drive up to central lawn with fountain. 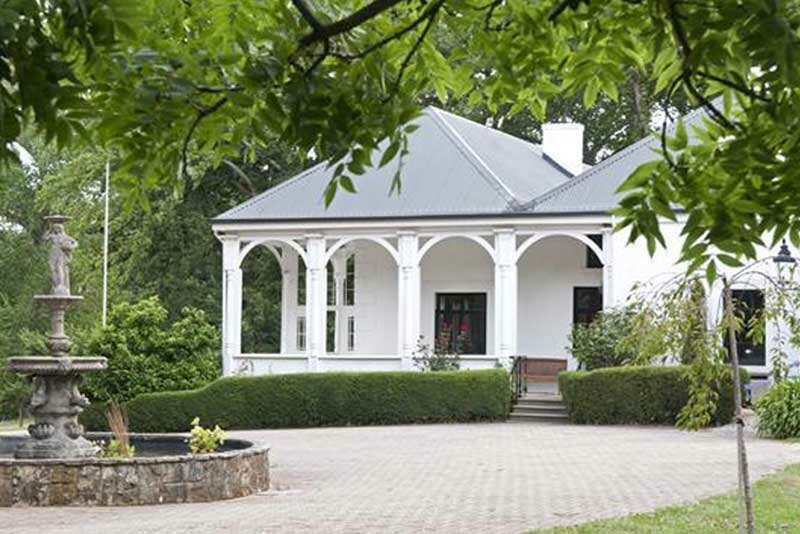 Meander Valley Road, Hagley: The Dry family home until Sir Richard’s death, has excellent American Colonial lines. Built between 1828 and 1838, its bricks were hand made by convicts. This 10-bedroom enchanting 150-acre property has been lovingly restored as a luxury lodge with extensive entertaining areas, a restaurant or private dining room if you prefer, sitting rooms, a library and an executive chef to design exquisite menus showcasing Tasmania’s gourmet local produce. Its charming Anglo-Indian designed architecture and period antiques and fire combine modern luxuries to offer the complete country getaway.

1260 Westwood Road, 2km north-east of Hagley: Not far from Quamby Estate, Ivylawn was built and known as the Dower House for Sir Richard Dry’s sister by their father. A fine two storey house, it is now believed to have been built about 1842. Once a secondary house on the Quamby Estate, the building has an axial approach drive and fine garden which heightens its importance. This two storey brick and stucco house features rough stucco with smooth work in imitation of ashlar to quoins and surrounds to openings. Windows are grouped in threes (arch head to level two, flathead to level one) with Tartan glazing. The single panel double front doors feature generous half sidelights and arched transom light.

136-138 Elphin Road, East Launceston: Fairlawn is significant as a house, complete with contents, in a garden setting, which provides a comprehensive document of domestic and social life of a substantial middle class family in early twentieth century Launceston. The house was built in 1900 when Elphin Road was emerging as Launceston's most desirable suburb. A noteworthy example of the Queen Anne style of architecture, with an elaborate exterior, Fairlawn was the family home of the Suttons, a prominent Launceston family. They built Fairlawn in 1897. Samuel Sutton was mayor of Launceston at the time, and responsible for the International Exhibition at the Albert Hall, and the Duck Reach Power Station. The house also contains a small collection of local memorabilia and artefacts, illustrating contemporary social perceptions of the locality and its historic interest. 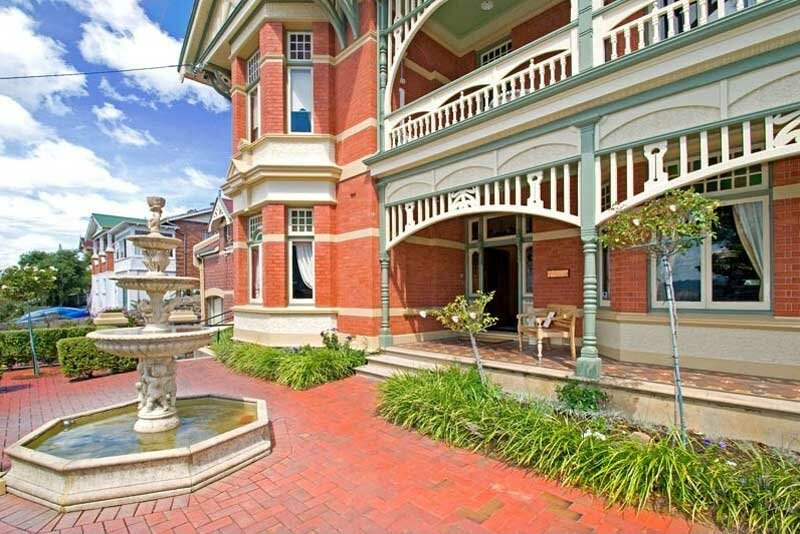 Werona, 33 Trevallyn Road, Launceston: Werona is one of the most outstanding Federation homes in Launceston with magnificent views of the city, the Tamar river and the Eastern mountains and yet still within walking distance to the CBD. This three story Queen Anne Federation home was built in 1908 features eight large bedrooms with eight bathrooms. The living rooms are amazing with views and all the original features still in place and all beautifully restored. Werona is currently being operated as a Bed and Breakfast. 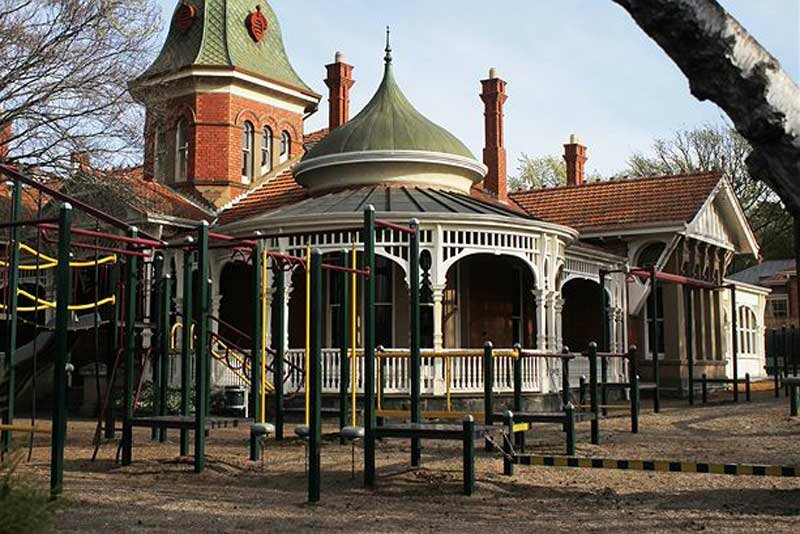 Lemana, 74 Elphin Rd, East Launceston (Scotch Oakburn College): An outstanding example of a Federation style mansion, Lemana is a single storey Federation period house constructed by J and T Gunn, a building company with 137 years of majestic and skillful craftsmanship. Gunns created many of the buildings that define Launceston's built history. It is constructed of brick with tiled hipped roof, with an octagonal mansard roofed tower above entry and onion dome above circular bay. There is an elaborate timber balustraded verandah enclosing two sides of the house. Inside at the intersection of the corridors there is an octagonal dome with four Italianate niches set into diagonal walls. The centre of the dome being an elegant stained glass dome light.