One of the prettiest corners of this part of Tasmania, Table Cape is a spectacular flat topped promontory with a sheer drop to the sea.

Geologically speaking Table Cape is one of a number of large volcanic plugs on the north west coast of Tasmania on the shores of Bass Strait. It was once a lava lake (hence its flatness). The rock is a Tertiary teschenite (a course grained basalt). The tuffs and breccias of the old crater are cut back by the erosional effects of the sea during level changes, leaving the solid neck as a promontory.

The Tommeginner tribe of Aboriginals traversed the area before and after the arrival of Europeans in the 19th century, living along the coastline, building fish traps at Freestone Cove and hunting for game on the inland coastal plains.

The Table Cape area was first developed by the Van Diemen���s Land Company in the 1820?s, making it one of the oldest European settlement areas in Australia, preceding Melbourne, Adelaide, Perth, Darwin and Brisbane. The first white settlers west of the Inglis River was the King family, that took up land in the early 1840s.

Table Cape Lighthouse, built in 1888, stands on the edge of the promontory beside a lookout which offers panoramic views across Bass Strait and east towards the city of Burnie. Visitors can take the 45 minute tour around the precinct and up the spiral staircase, stopping on the way to gaze out onto the magnificent views from the windows.

On the road between Table Cape and Wynyard is Fossil Bluff where fossils can be seen in the rocks at low tide. Australia���s oldest marsupial fossil was found at Fossil Bluff. where many fossils including have been found. This was named Wynyardii bassiana, but not discovered by Sir Walter Baldwin Spencer, a controversial scientist who served for many years as president of the Victorian Football League (now AFL). 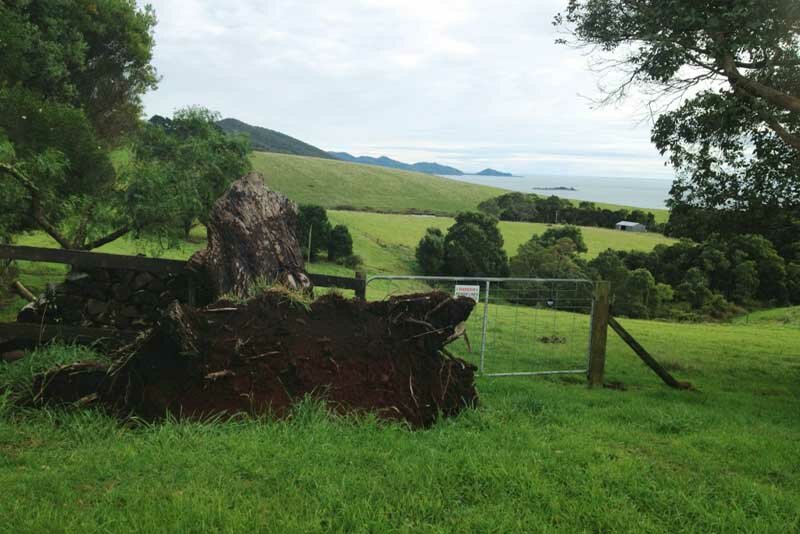 Orange rocks, a lighthouse, wild orchids and caves once used by Aborigines can be found at Rocky Cape National Park. There are pleasant day and half-day walks over the hills from either Sisters Beach or from the lighthouse at the western end of the Park. Rocky Cape���s unpolluted waters regularly attract dolphins and seals. At low tide on a calm day, the rocky foreshore reveals numerous rock pools inhabited by a variety of colourful fish and plants.

The town of Wynyard nestles at the foot of Table Cape.

Table Cape is known for its magnificent tulip fields, that become stripes of glowing colour each October when the Tulip Festival announces the start of the tulip harvest. 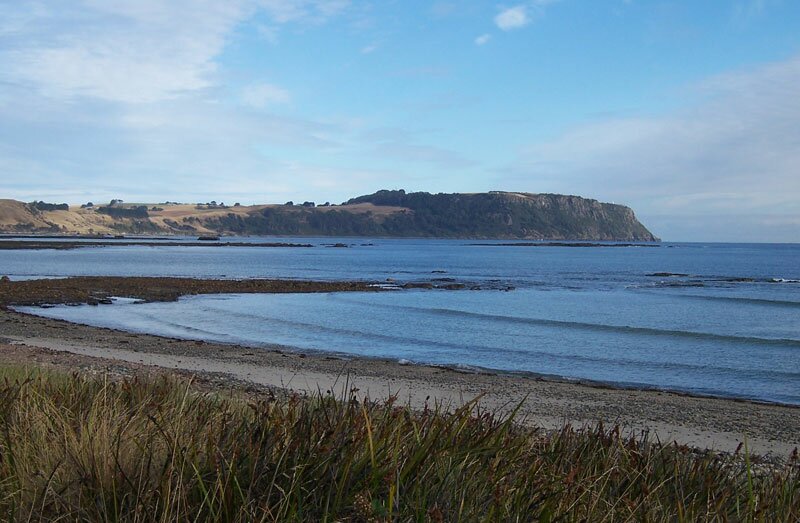 A pleasant rural town of around 5,000 people, Wynyard is a major regional hub, servicing many of the surrounding rural districts. It makes a good place to start exploration of the north west of Tasmania. The area is excellent for fishing. The Inglis and Flowerdale rivers are ideal for trout fishing and there is good ocean fishing as well.

Voted one of Australia���s Top Ten beaches, the white sands of picturesque Boat Harbour Beach are noted for it���s rock and coral formations and it���s crystal clear blue waters. At low tide, you may see abalone on the rocks. Precious stones are found in the rocks, and look out for fairy rings in the grass.