Sundown Point, on the wild west coast of Tasmania and within the Arthur- Pieman Conservation area, is a campsite that most travellers who have sojourned there recall with the fondest of memories. The campsite faces west towards the Southern Ocean, which stretches uninterrupted all the way to Argentina, 15,000 km away. It is in fact the longest uninterrupted expanse of ocean on the globe. From Argentina the currents known as the roaring 40's sweep unimpeded more than halfway around the planet until they hit this point.

Looking out to sea from the campsite, the view is of an ocean that is boiling. The water is wild, the swell is huge and waves seem to come from all directions. Waves can be seen breaking a kilometre or so from shore. At times the height of the swell seems to block the view of the horizon. Indeed the swells are so high the horizon appears to be constantly on the move. And when the sun begins to set, mother nature turns on a another display of her might and grandeur. Visitors are often treated to some stunning sunsets over the water, which explains how the locality got its name. 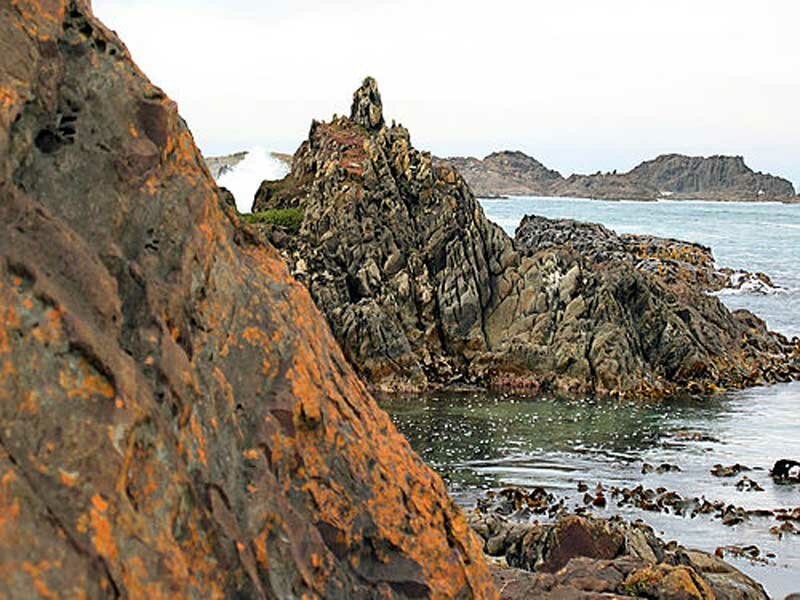 In 1968 the small fishing villages Couta Rocks and Sarah Anne Rocks opened up after a bridge was built across the Arthur River. Prior to that villagers and visitors alike were forced to punt. A 4WD track, roughly 13km south from Arthur River, takes in Sarah Anne and Couta Rocks. The 250 metre curved beach at Sarrah Anne Rocks is backed by a low dune, then a cleared area containing a handful of fishing shacks spread along the rear of the beach. There is a very scenic 2 kilometre coastal walk from Sarah Anne Rocks to Couta Rocks, and from Couta Rocks, a road continues a short distance along the coast toward Temma.

The name recalls artist Sarah Anne Fogg (1829-1922) who lived variously in Germany, Italy, South Africa and Tasmania. It is her detailed watercolours of Tasmania, however, that are the most valued and tell us much about the environment at the time. 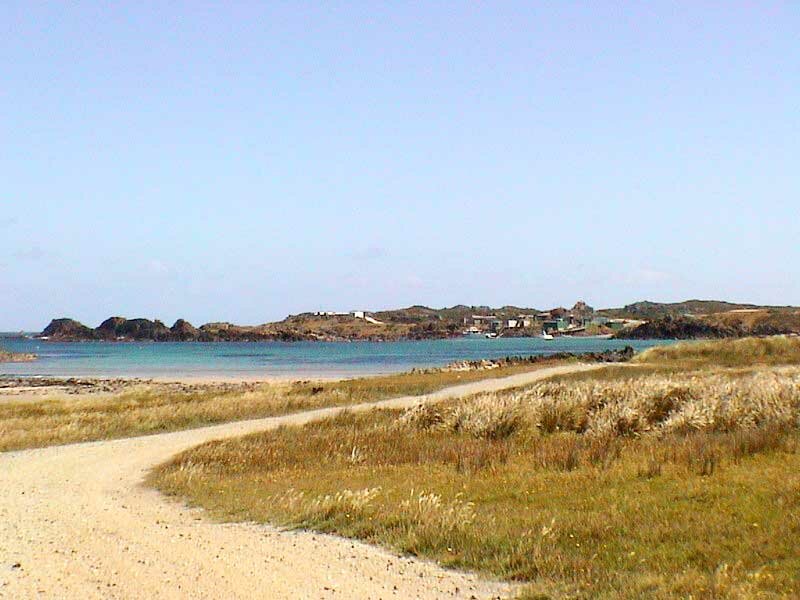 13 km south of Arthur River, Couta Rocks up visions of plains of buttongrass rolling down to the sea, and cray boats bobbing on the harbour. Like the nearby Temma Harbour, Couta Rocks is noted for the place where the sea can rage. A not uncommon sight is that of the local fishermen winching their boats out of the water on slips rather than risk them on moorings. This stretch of coast is dubbed the roaring 40s, where prevailing gale-force winds blow persistently from the west.

A beach is located 300 metres north of the settlement in the next small 200 metre wide rocky embayment. The bay is bordered by rocky points with ridges of rock grading into reefs, lowering waves to about 1 metre at the shore.

Sundown Point at Nelson Bay is about 12 kms south of the township of Arthur River.

The Arthur-Pieman Conservation Area borders West Point State Reserve (580 ha) in the north and Sundown Point State Reserve (132 ha) on the coast at the southern end of Arthur Beach, are two state reserves specifically proclaimed to protect the Aboriginal heritage sites at these locations.

The Australian Heritage Commission, which is examining a listing of the 433,000-hectare Tarkine region, describes its Aboriginal culture as one of the richest assemblages in the country. Some giant shell middens are more than 100 metres long, according to state assessments. There are still hut sites, and rock ''hides'', used by Aboriginal people to surprise seals.

During the last 2,000 years, Aboriginal tribes along the west coast, in particular the northwest tribes, exploited the rich and varied resources of the coast and the scrubby hinterland that fringed it. Their semi-sedentary way of life saw people moving seasonally up and down the north west coast of Tasmania. This lifestyle, based on the hunting of seals and land mammals, and the gathering of shellfish, continued until the 1830s. Dotted along the wind-swept western Tasmanian coastline are the remains of numerous hut depressions found in Aboriginal shell middens.

In 1973 and 1976, the Tasmanian Government recognised the cultural significance of the petroglyphs at Sundown Point and the shell middens and hut depressions at West Point by declaring them State Reserves. Aboriginal people continue to play a key role in the management of these places to ensure that they are preserved for future generations.