Butler Island on the Gordon River, or more precisely, a stunning image of it, played a major role in stopping the construction of the Gordon-below-Franklin Dam in Tasmania’s south west wilderness. Between 1979 and 1983 the Tasmanian state government made several attempts to build a dam here but were delayed by a concerted campaign led by Dr Bob Brown and a long non-violent blockade by protestors. In the end, and in response to public sentiment, the Federal Government saw the light and stepped in. Many believe that the publication of a beautiful Peter Dombrovkis photograph of Butler Island was instrumental in getting the Australian people to support the protest. 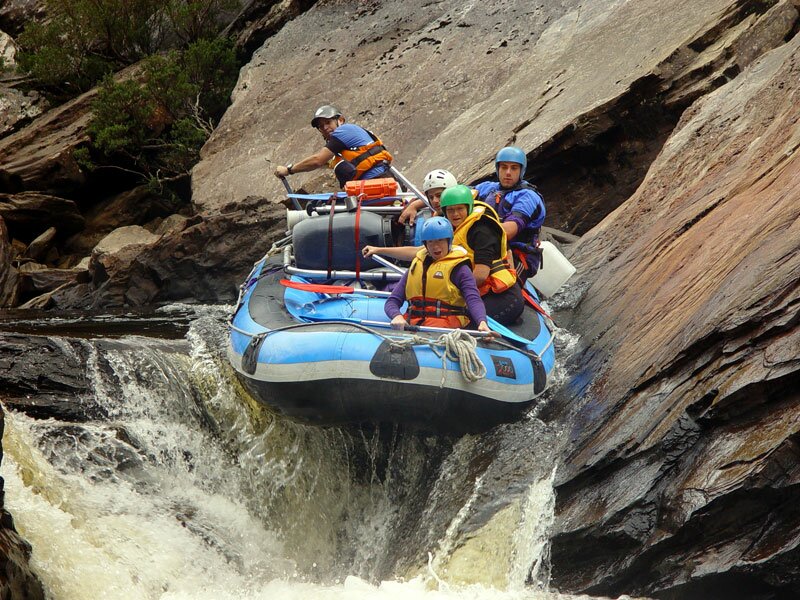 The 90km kayaking trip along the Franklin River, and ending it at the iconic island, is without doubt one of the most challenging but most rewarding paddles in Tasmania. The journey begins at Lyell Highway Bridge (A10) on the Collingwood River and ends at Butler Island on the Gordon River.  The Franklin is probably the most committing river trip available in Tasmania.  Though it has been done in 24 hours it is necessary to allow at least a week. For many, 10 days will allow a good safety margin and also gives the opportunity to explore the exceptional environment through which you travel. For those interested in detailed notes on the river, it is recommended that you contact the Tasmanian Wilderness Society, who produce a copy of “Notes for Franklin River Rafters and Bushwalkers”, which gives detailed descriptions of major rapids, possible campsites and a host of other information. The Franklin is normally commenced from the Collingwood Bridge, on the Lyell Highway which gives a few hours paddle to the actual Franklin River.
Otherwise get directly into the river at the Franklin Bridge on the Lyell Highway (if the river is low be prepared for a very rocky start). If the river is low, the run down the Collingwood is grade 2 with a couple of minor portages. If the river is high, a fairly steady grade 3 standard exists. There are numerous rapids once the Franklin is reached. Before the Irenabyss there are two major hazards. Just upstream of the Loddon Tributary there is a huge log spanning the river. Portage is essential, use the left bank. Nasty Notch is about 2 Km. up from the Irenabyss. Portage can be either side. To shoot this at a low level is impossible, the “Notch” being approximately 50 cm. wide.
There are numerous rapids also in this section which may also need inspection and possible portage depending on the river level.
The long rapid at the head of the Irenabyss should also be inspected – from Rocky Crag on the left bank (can be portaged on left bank if necessary). The Irenabyss speaks for itself. There are many exceptional areas of this river. Evaluate them as you think fit. They are all totally unique and irreplaceable. From the Irenabyss to the head of the “Great Ravine” is the calm before the storm. This section can take several days and gives some beautiful sights such as Blushrock Falls. This section is generally about grade 2 but keep an eye open for logs. Boats have been broken, rafts severely damaged and lives lost in easier situations. 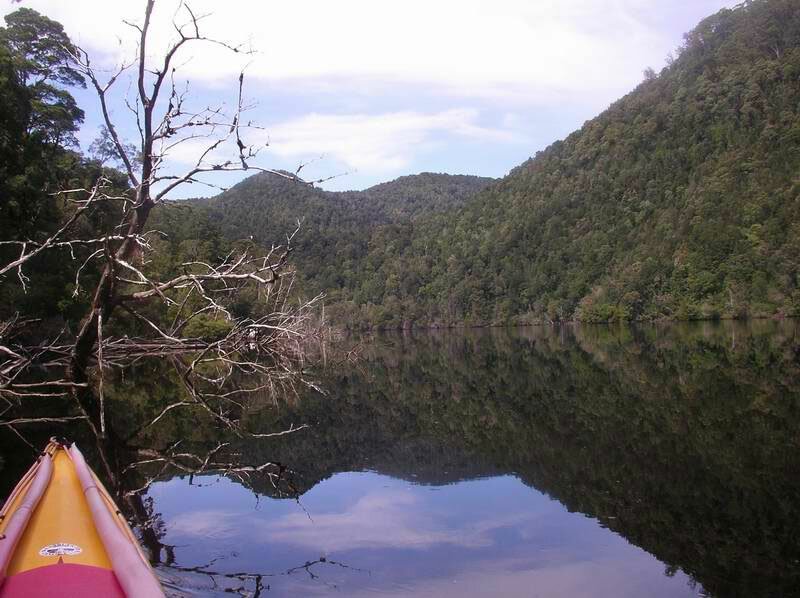 “Could you vote for a party that would destroy this?” That was a question asked in a headline on a full-page colour advertisement in the Melbourne newspaper, The Herald, on 3rd March 1983, two days before a Federal election. Below the headline, across the breadth of page five, was Peter Dombrovskis’s (1945-1996) now famous photograph, Morning Mist, Rock Island Bend, Franklin River. The River was at the centre of Australia’s largest conservation battle ever. Whether or not Robin Gray’s Liberal Government should be stopped from damming Australia’s last wild river in Tasmania’s south-west wilderness area had become a hot election issue. Eric Reece, the Premier of Tasmania in the 1970s who first proposed the dam, once said of the area, “There was a National Park out there, but I can’t remember exactly where it was … at least, it wasn’t of substantial significance in the scheme of things.” Dombrovskis’s photograph painted a different picture. 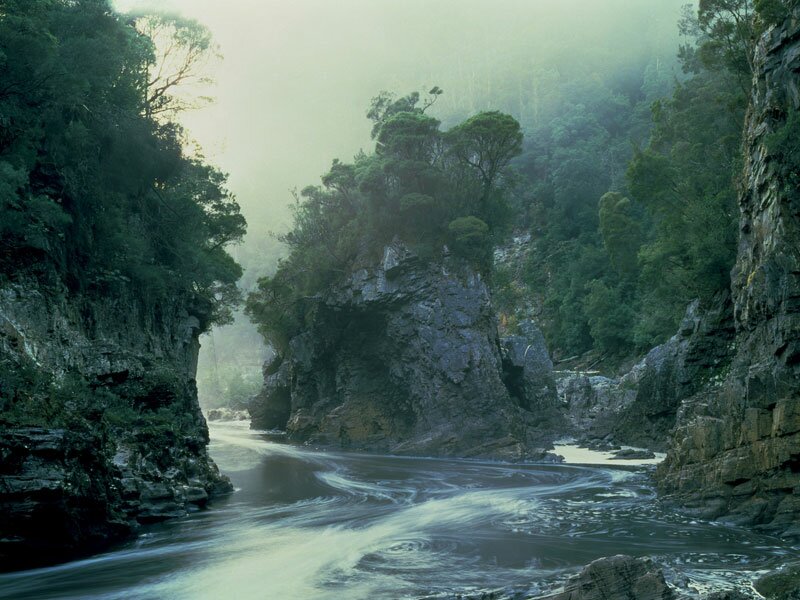 Earlier that summer, the director of the Tasmanian Wilderness Society, Dr Bob Brown, had been released from a 19-day sentence at Hobart’s Risdon Gaol. Within a day of leaving prison he entered the Tasmanian Parliament as an elected representative. So began the political career of one of Australia’s most dedicated and vocal conservationists. Brown had been one of 1272 people arrested by police, most charged with trespass and/or obstruction, of whom 447 were imprisoned for refusing to accept bail conditions. All were protesting against the Tasmanian Hydro-Electric Commission’s planned dam on the lower Gordon River that would flood the Franklin. The battle lasted four years; the river was eventually saved by a ruling of the High Court of Australia. “The Franklin blockade did not stop one bulldozer,” reflects Bob Brown, a former Greens senator in Canberra. “But it did stop the dam. It allowed the beauty of the river to speak through TV screens in millions of living rooms to every Australian. And it elevated the environment to national thinking.”
Lower Gordon Camp, near Sir John Falls, was an HEC workers’ camp in the 1980s. Directly across river is Warners Landing, the place the bulldozer was put ashore,  before it scraped a vast clearing, and began its push towards the dam site near the Franklin River until stopped by protesters. The landing itself is still obvious, large treated pine logs stacked and supported to form an industrial strength jetty. It is one of the few obvious signs of what took place here 30 years ago. Only the landing itself can be seen. Otherwise the forest has reclaimed the clearing, refoliated the road and obliterated the work site. 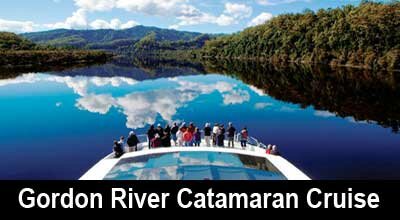