The park, the largest in Tasmania, epitomises the granduer and spirit of wilderness in its truest sense. Much of the park is remote and far removed from the hustle and bustle of the modern world. For many, just the fact that such a place still exists brings solace. For others, the region offers the challenge to explore areas that retain the same wildness that once characterised new frontiers. For yet others, the area offers the chance to view magnificent scenery from the comfort of their car.

The Gordon River and Scotts Peak roads wind through forest, scrub and moorland, sometimes opening out onto breathtaking views of rugged mountains like the Saw Back, Anne, Western Arthur and Frankland ranges. This is wilderness at its best, and it is equally accessible to those who enjoy the comfort of driving as it is to those who wish to walk in some of the most spectacular country in Australia.

Melaleuca itself is accessible by air or boat only. Here, in the far southwest of Tasmania, lies the spectacular Port Davey and Bathurst Harbour.

The drive along the Gordon River Road to Strathgordon is nothing short of spectacular. The greatest asset of this national park is the sheer scale of its wilderness regions. On a fine day, a drive along this road will be a memorable experience.

The Bathurst Harbour ��� Port Davey region is an excellent example of a drowned river valley. Beneath the waters of Bathurst Channel lives a range of fascinating marine species, such as sea pens. These animals are usually found in much deeper water. In the Channel, the dark, tannin-stained water allows the sea pens to thrive in very shallow water.

The Southwest National Park encompasses much of the southwest wilderness region of Tasmania. It can be accessed by road in two ways:

via Maydena
Allow 2 1/2 to 3 hours from Hobart to reach the northern boundary of the Southwest National Park. From the Lyell Highway (A10) at New Norfolk take route B62 past Mt Field National Park to Maydena. The Gordon River Road (B61) continues to Strathgordon and the Gordon Dam. At Frodsham Pass on the Gordon River Road, a winding gravel road turns off to Scotts Peak and the Huon Campground. Fuel is not available past Maydena, and at Maydena opening hours and supplies are limited ��� it would be wise to get petrol at Westerway.

via Cockle Creek
Cockle Creek is about 2 hours drive south from Hobart. It is reached via the Huon Highway (A6) through Geeveston. Take the C635 past the Hastings Caves turn off then follow the C636 gravel road through Lune River to Cockle Creek. The last stages of the road are fairly rough but can be negotiated by 2 wheel drive vehicles.
If driving between dusk and dawn, please be aware that you are sharing the road with wildlife.

Located the far southwest, Melaleuca is accessible only by light plane, or boat. The airstrip is close to walkers huts, and is the usual starting point for walkers on the South Coast Track. Par Avion operates flights to Melaleuca. 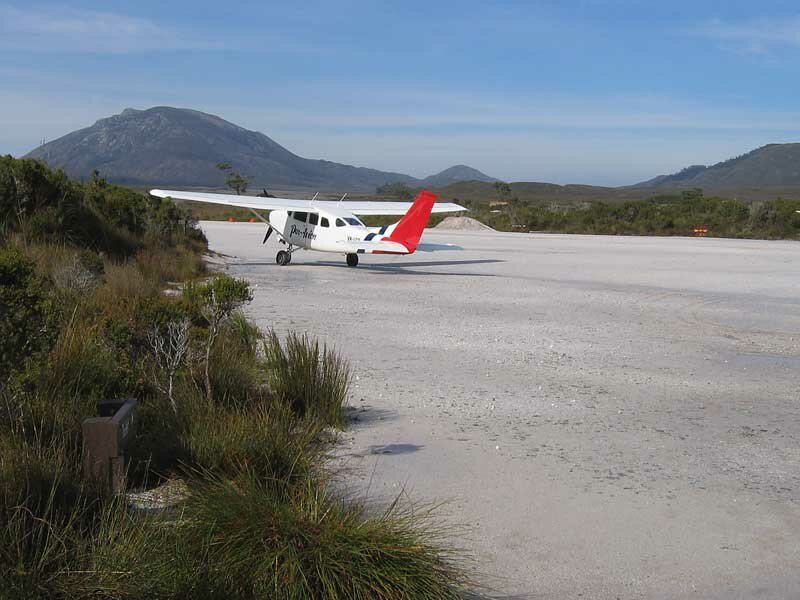