A seaside village, Sisters Beach is located within the Rocky Cape National Park and is situated on the old horse trail known as the Postman’s Track that once formed the only connection between Emu Bay (now Burnie) and the Van Diemen’s Land outpost of Stanley. Sisters Beach was originally established by the Irby family, descendants of whom still live in the area.

It has a beach of white sand, approximately three kilometres in length. The village has a boat ramp, you can do quiet bit of fishing or catch a squid off the jetty.  It is also possible to scuba dive around Rocky Cape. However, conditions can be treacherous and diving is recommended only for experienced divers.

Sisters Beach has electric barbecues, toilets and drinking water provided by the local council. The nearest caravan and camping facilities are located at Rocky Cape and Wynyard. These townships are the closest for supplies of food and fuel. Peggs Beach Conservation Area has a camping area. There are toilets and drinking water, however it is recommended to boil water for three minutes prior to drinking.

Though a very pretty location, Sisters Beach is quite small and the building of new homes is currently restricted, due to the surrounding national park. A unique aspect of Sisters Beach is the prevalence of giant Banksia serrata. It is the only place in Tasmania where they occur.

Sisters Beach is situated on the north-west coast of Tasmania about 2 hours drive west of Launceston. Take Route 1 then A2 to Burnie and on past Wynyard. Access is via the Boat Harbour Beach road (Irbys Road). 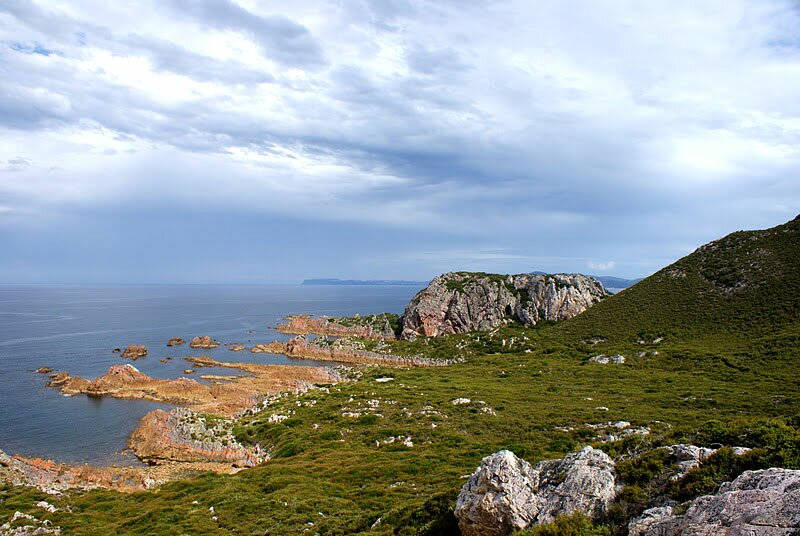 Rocky Cape National Park is heavily populated with native wildlife – pademelons (wallabies), Bennetts wallabies, eastern grey kangaroos, Tasmanian devils, eastern barred bandicoots, echidnas, spotted quolls, ringtail possums and brushtail possums all live here and it is not uncommon to have some come to visit. It is also home to breath-taking native plants including the Paterson’s spider orchid which is listed as a threatened species and the saw-toothed banksia (Banksia serrata) which is only known to occur naturally here. 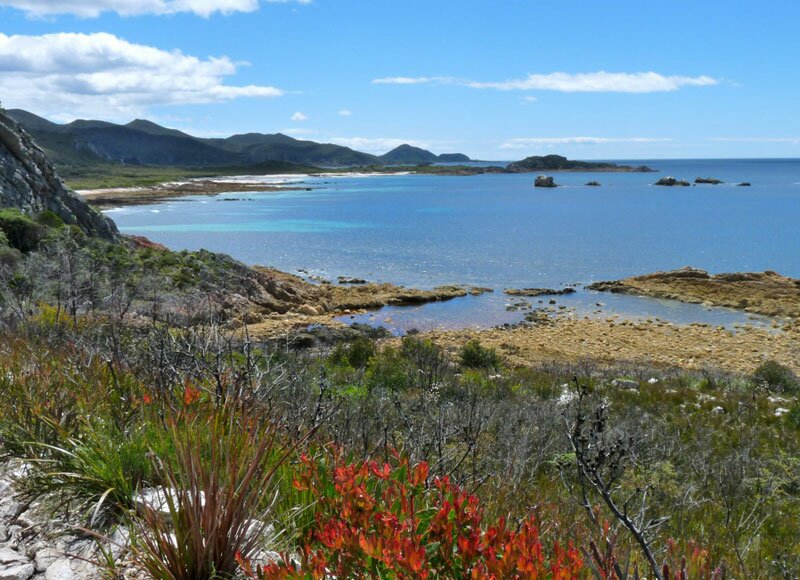 The beginning of the Postmans Track is passed on the way into the village on Irbys Road about 500 metres past the National Park sign.
From the western end of Sisters Beach a number of other walking tracks into the National Park can be accessed.  These lead to caves, waterfalls and the beautiful beach at Anniversary Bay.
National Parks Fees apply and can be purchased from Service Tasmania Shops in Smithton and statewide. Pets and firearms are prohibited within all national parks and camping is prohibited in the National Park.