This rugged headland on the Tasman Peninsula is generally accepted as being the most challenging surfing location in Australia. Below the bluff, heaving swells hit a reef head-on, causing a huge body of water to arc up seemingly out of nowhere. In recent years, this churning swell has attracted elite surfers from around the world, dominated the surf media and set the bar for extreme surfing in Australia.

Shipsterns Bluff , 'The Stern' or "shippies" has put South East Tasmania firmly on the world surfing map. The wave is considered as one of the worlds heaviest, and with good reason. What makes it unique is that it is very accessible for spectators, it is just around the corner from Port Arthur. When the waves are on at Shippies anyone who is able to take on a spectacular 2 hour walk (a fabulous walk in itself) can put themselves in the line up. No more than 100 metres from this amazing wave one can watch in awe Tasmania's - and indeed the world's best surfers take on this monster wave. 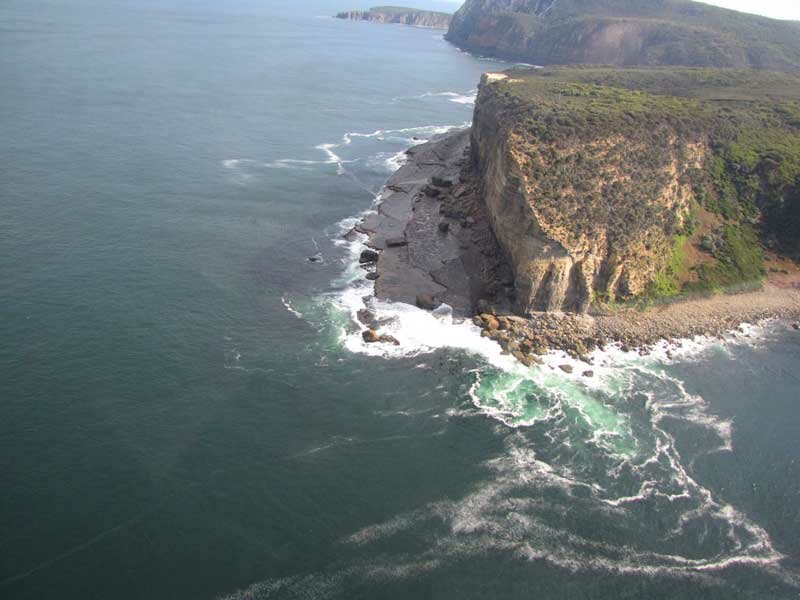 Other less challenging favourites in the area are Roaring Beach on the Tasman Peninsula and also Remarkable caves which provides a steep takeoff and a beautiful location. South Arm area has several good surf beaches and SLCA patrolled areas at Clifton Beach. Large west and southerly swells also bring to life Seven Mile Point, a classic point break right near Hobart airport and many other reefs and point breaks from Swansea to Southport. Smaller south swells bring waves on the southerly facing beaches of which there are many.

For the more energetic a walk into Southeast Cape beach can be a most rewarding day. The Bay has several breaks, Lion Rock being the most consistent. This left hander picks up any swell from the southwest and throws up nice walls and tubes from 3' to 10' plus. Another of South East Tassies gems is Boneyard. "The Yard" is another worldclass wave and all who have ridden it declare it Australias' best righthander. This waves breaks over a permanent sand bar over 800 metres off Marion Bay beach. Local surfers know when Boneyard is breaking there are many other opportunities for good surf not too far away on the Tasman Peninsula, Eaglehawk Neck and further afield in SE Tassie.

Not too many years ago surfing in Tasmania was considered a little crazy. Some from "the mainland" still hold that view which suits the local surfers well. The fact is modern wetsuits enable even the old master to his mal for at least a season or two while the grommet and core surfers use their local knowledge to get great waves all year. 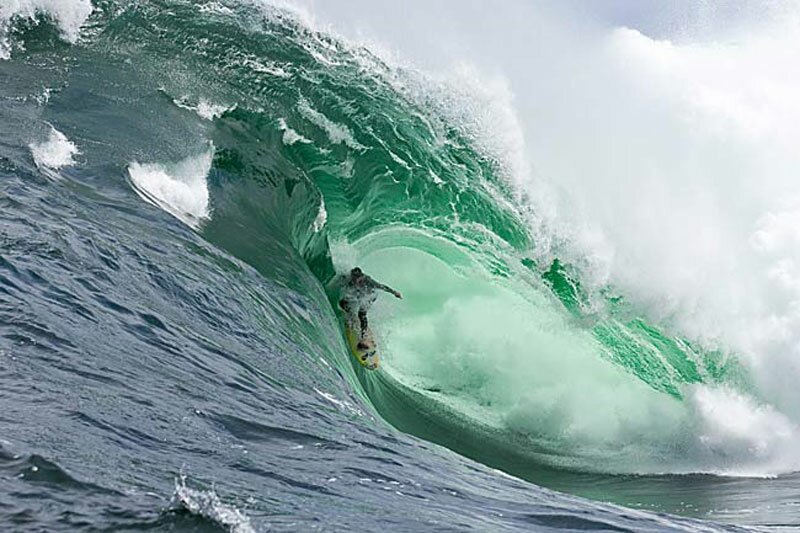