Saltwater River is a small community on the western shore of Norfolk Bay on the Tasman Peninsula. The Saltwater River area contained two penal settlements. One was an agricultural settlement, which produced vegetables, wheat, and had a piggery. The other was a coal mine, known amongst convicts for its hellish conditions. It is now on the Australian National Heritage List as the Coal Mines Historic Site. Today, only ruins exist at the site, which includes underground cells. 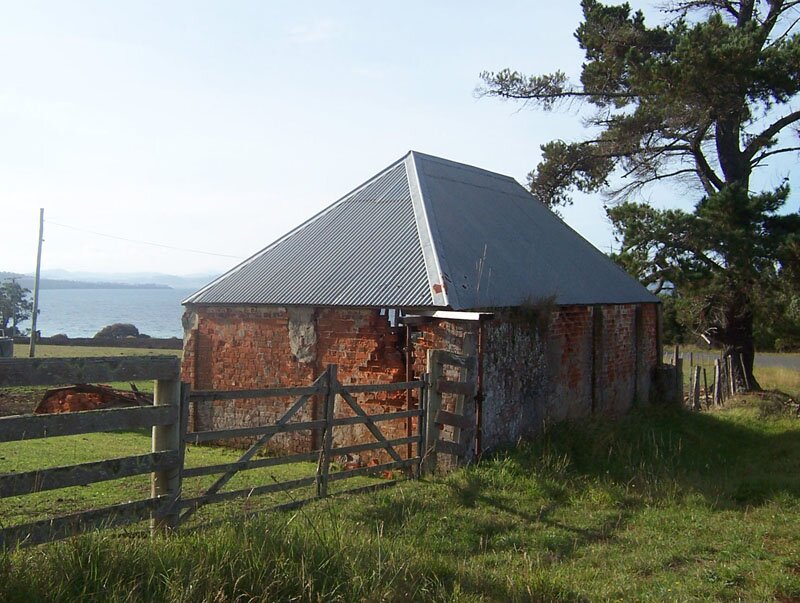 There is little doubt that Saltwater River is a hidden treasure of the Tasman Peninsula. It is certainly as interesting as Port Arthur and given that it is common to visit the ruins and be on your own for hours (something which never occurs at Port Arthur) it has a sense of desolation and isolation which makes the experience powerful and poignant. There is neither accommodation nor eating facilities at Saltwater River. 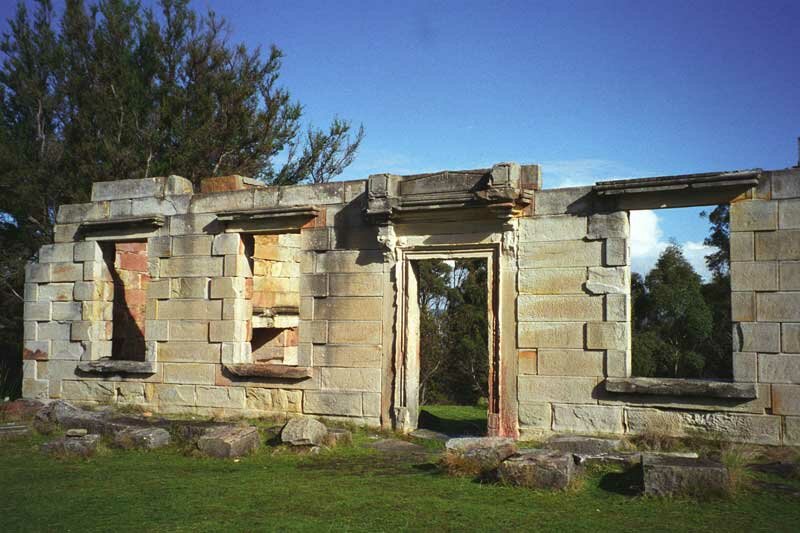 Westward from Eaglehawk Neck and Woody Island lay the dreaded Coal Mines. Sixty of the ‘marked men’ were stationed here under a strong guard. At the Coal Mines was the northernmost of those ingenious series of semaphores which rendered escape almost impossible’, such was Marcus Clarke’s description of the penal settlement at Saltwater River in his famous book For the Term of His Natural Life.

This was Tasmania’s first operational mine, established as a much-needed local source of coal, but also as a place of punishment for the worst class of convicts. Along with the nearby Port Arthur Historic Site, the Coal Mines Historic Site is included in the Australian Convict Sites World Heritage listing. At any one time, around 60 convicts were sent to work in the dark, hot damp tunnels of the mine which operated from 1833 to 1848. With its reputation for harshness and homosexual activity which was not always reciprocal, the mine contributed towards the failure of the probation system and its eventual demise.

At the site are remnants of the main settlement including the prisoners’ barracks, chapel, officers’ quarters and solitary cells. The ruins of the colliery, including the circular depressions of the mine shafts, can be viewed at close range. On the slopes above are the ruins of the military officers’ quarters and the remains of several stone cottages near Plunkett Point.  The Underground Cells, which were restored in 1977, must surely be one of the most horrific examples of penal life anywhere in Australia. They are totally without light, the air is fetid, they are small, harsh and inhospitable.

At the peak of production some 500 tonnes of coal per year were sent to Hobart. It was of inferior quality and sold for 10 shillings per ton. A steam engine was located at the edge of the shaft and was used to haul coal and water from the mine. It was the first mechanical device used in coal mining in Australia. The stone blocks of the engine mountings can still be seen. The cost of operating the mine was considered excessive. Operations eventually discontinued in 1848. The mine was leased to a private company but by 1867 supply of coal was exhausted and the mine closed down. Subsequently in the interest of public safety the shaft was sealed.

Many of the original roads and tramways have survived, including the formation of the incline plane, which extends from the 1845 shaft on Coal Mine Hill to remnants of jetties at Plunkett Point. Other remains include a lime kiln, which is largely intact, and a series of tan pits. The original adits and shafts are inaccessible, however the sites of the 1838, 1842 and 1845 main shafts and numerous minor shafts are readily apparent, as are the associated soil dumps and coal stockpiles. The extensive underground workings are inaccessible, but have interpretive signage. 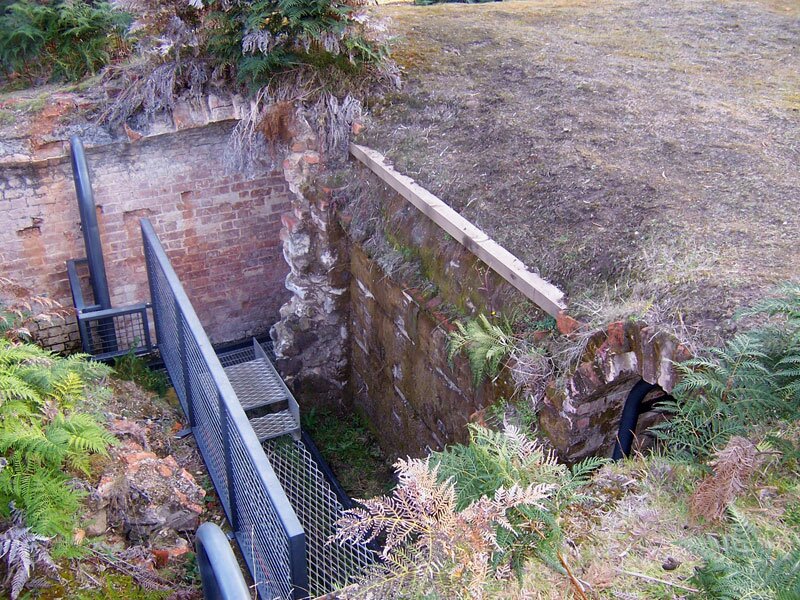