A small historic town that is the commercial centre for a district that produces high-quality merino wool. Ross has a very English country village feel, with its warm Ross sandstone reminiscent of the towns of the Cotswolds or North Oxfordshire, England.

One of the most attractive aspects of Ross is that it has not been overly corrupted by modern tourism – that the Midland Highway (the main route between Hobart and Launceston) by-passes Ross, thus preserving the original, sleepy character of the town is largely the reason for this being so.

The main street is remarkable for its fine collection of colonial buildings on a wide street edged by elm trees; it simply has no peer in Australia. The first settlers couldn’t have recreated their mother country more precisely. The whole town of Ross is listed on the Register of the National Estate and many of the town’s historic buildings, many built from sandstone, are listed in their own right.

The town is centred on the crossroads of Church and Bridge Streets with a field gun from the Boer War and a war memorial as a central part of the intersection. The crossroads area is humorously referred to as the “Four Corners of Ross” with each corner having a label: 1. Temptation: the Man O’ Ross Hotel; 2. Recreation: Town Hall; 3. Salvation: Roman Catholic Church; 4. Damnation: Gaol (now a private residence). 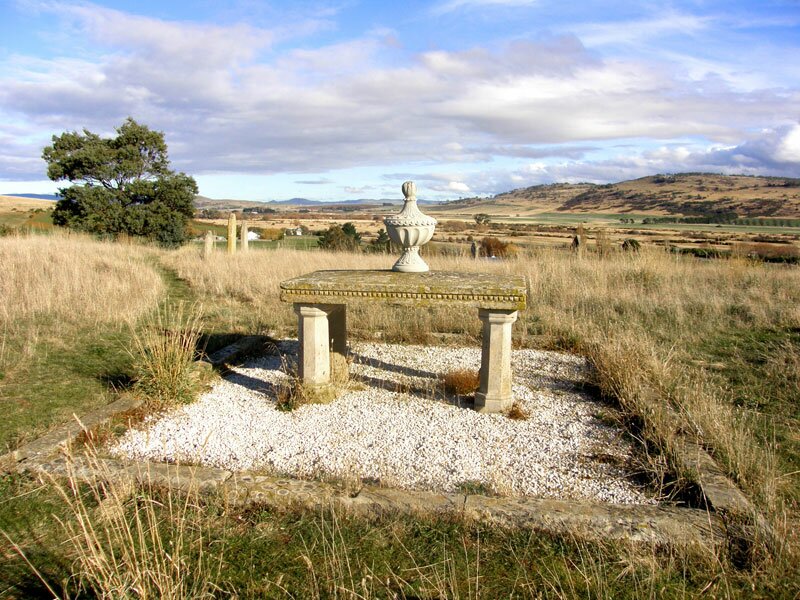 Located on a windswept hill overlooking Ross and the surrounding countryside is the original Ross Cemetery. Many of these stones date back to the 1830?s and 1840?s. Some of them have been attributed to stonemason Daniel Herbert, who supervised the building of Ross Bridge and created much of its intricately patterned stonework. Herbert’s own grave is here marked by a table-top tombstone he designed for his son who died in infancy. There is also a substantial monument built for two young children of the McCraken family who both died on 3rd June 1853 from scarlet fever. 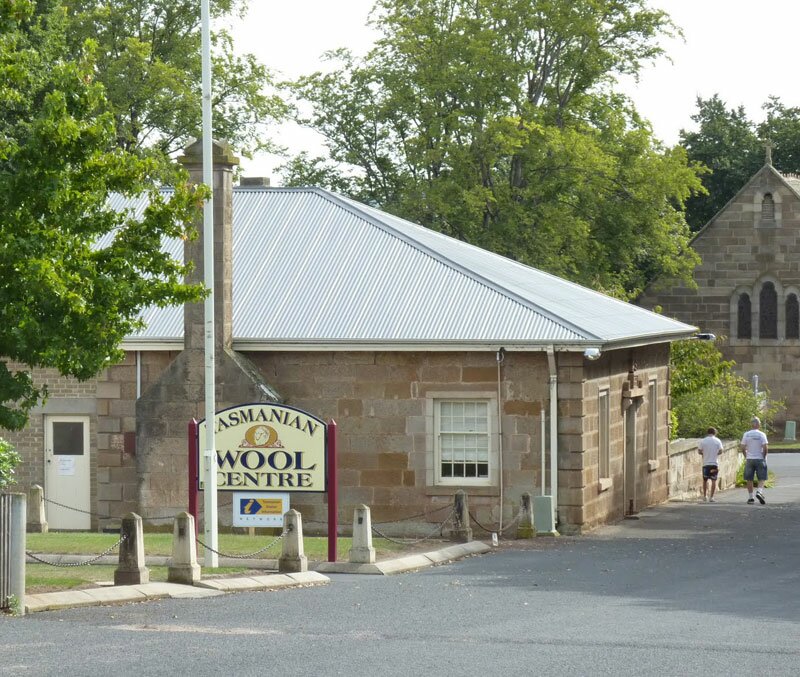 The Tasmanian Wool Centre includes a museum, wool exhibition, and a wool and craft area. The History museum showcases early life in Ross, the feel and touch Wool exhibition shows the importance of the wool industry to this region.

St John’s Anglican Church was built in 1868 and contains a 100-year-old pipe organ, an oak lectern and a stone pulpit. It was erected using stone from the original church built in 1835.

The Man O’ Ross Hotel was built in 1831 by William Sadler. It was originally a two-storey Georgian building, but was later converted to a Victorian Style. Two former inns, The Scotch Thistle Inn (licenced 1840) and the Sherwood Castle Inn, also survive, but no longer function as hotels.

Ross is 117 km north of Hobart; 78 km south of Launceston, off the Midland Highway

Commemorates the young men of the district who served their country in times of war. There is a 15 pound field gun which is also a relic from the Boer War, it is one of only two left in Australia and it is a bit of a mystery as to why it is here in Ross. 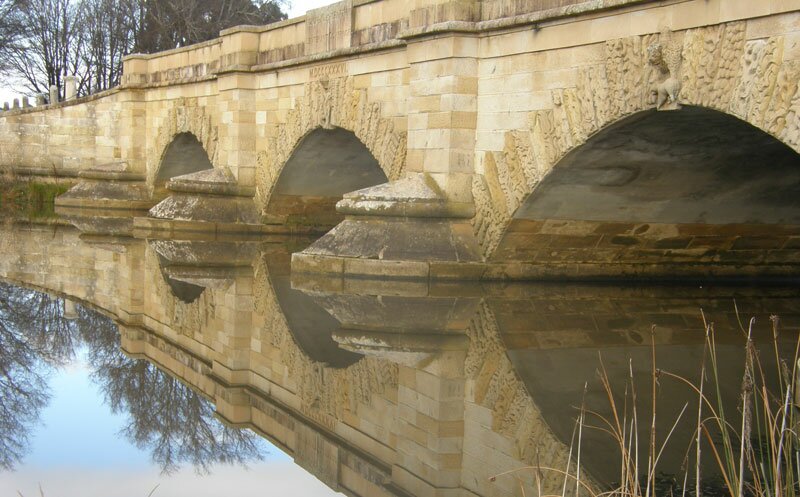 The iconic Ross Bridge across the Macquarie River was constructed by convict labour in 1836, and is the third oldest bridge still in use in Australia. Commissioned by Lieutenant-Governor Arthur, the bridge was designed by architect John Lee Archer, with the convict work team including two stonemasons, James Colbeck and Daniel Herbert, the latter being credited with the intricate carvings along both sides of the sandstone bridge. 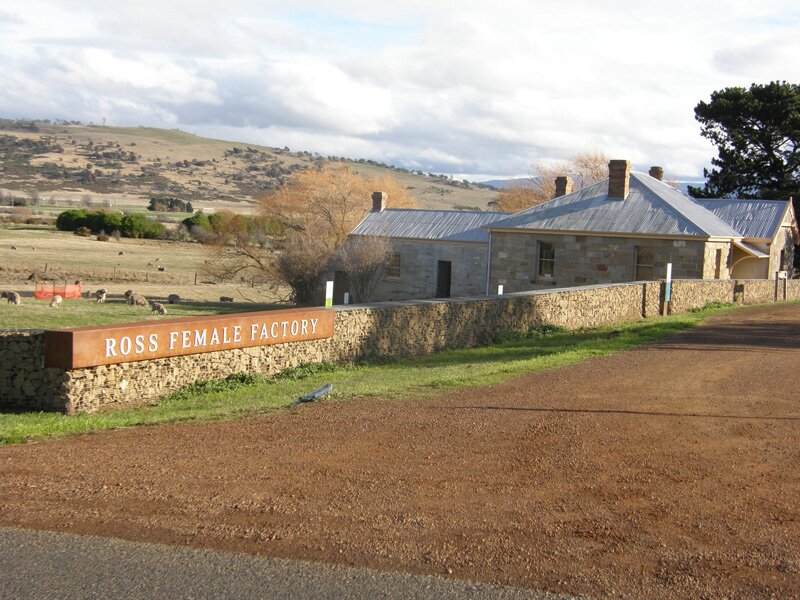