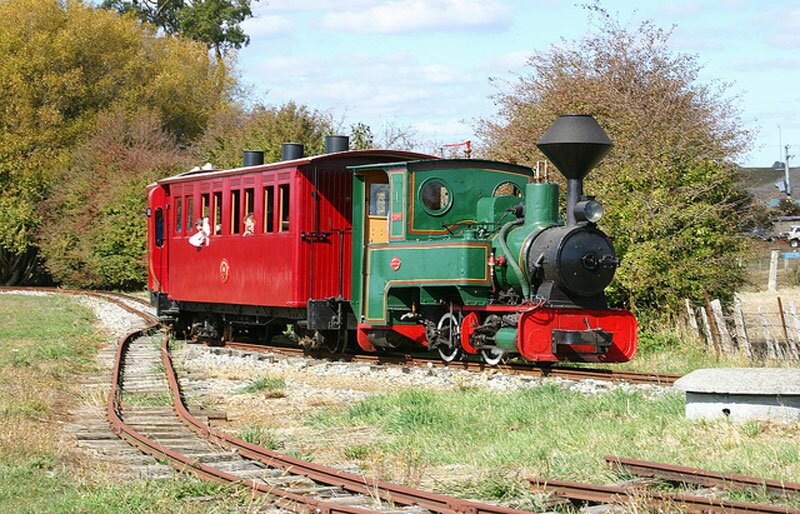 The society which operates the railway currently has over 1km of track and full rail safety accreditation under the Tasmanian Government���s Rail Safety Act to operate the heritage railway. The train is hauled by a 1906 Krauss 610mm gauge steam locomotive pulling Tasmanian heritage coaches ��� still going strong after 100 years. The train operates on a section of the disused Railton-Roland Branch Line, which operated between 1914 and 1957.

This narrow gauge steam train runs on the first full weekend of each month, Saturday and Sunday, 11am���4pm.

The train takes its name from Redwater Creek, the original name for what is today called Railton. Its present name originated when the Mersey-to-Deloraine tramway line went through the town in the 1860s. When this venture failed, the government opened the present railway line from Deloraine through Railton to Latrobe in 1885.

A branch line from Railton to Roland operated from 1914 to 1957, enabling agricultural and forestry products from the rich Kentish district to pass through Railton junction. It is on a section of this branch line that the Redwater Creek Railway operates.

Construction commenced at Railton in 1913. The line was completed in 1914 at a cost of ��88,888 and was opened by The Honourable Joseph Lyons. Mixed goods, farm produce, timber, minerals and passengers were hauled by steam engines. In 1923 a rail-motor service began and it is this piece of rolling stock that is most remembered today. The rail-motor is depicted on one of the town's murals.

In December 1957 the line closed, the track subsequently removed and the land sold to adjoining property owners. Little remains of this once important line. Beyond Sheffield, the line is easily traceable to Staverton (as Roland was known until 1923) via both the aerial photos and topographical maps. Beyond Roland, there is no trace of a railway formation. The locality currently known as Staverton was about 5 kilometres further south of Roland.