A designated historic town, Oatlands is said to have the largest collection of pre-1837 buildings in Australia. 87 such buildings are located in the main street while a total of 138 sandstone buildings are found within the town boundary.

Oatlands grew in the colonial days as a result of it being the ideal stopping place between Hobart and Launceston, a role it still plays for travellers between Tasmania’s two largest urban centres. It is also a close enough destination to both Hobart or Launceston for a day’s drive, and well worth the effort.

Lake Dulverton, behind the town, is regularly restocked with fish from the Oatlands District High School Aquaculture Centre.

There are some amusing and amazing topiaries (trees and bushes clipped to particular shapes) at St Peter’s Pass, and in Oatlands itself. The Oatlands topiaries continue an old tradition and are made by local residents to designs by Tasmanian sculptor Stephen Walker. Callington Mill complex, built by John Vincent in 1837, was the major flour mill for the region. The complex of stone buildings includes a five-level windmill tower, a granary, steam mill, stable and miller’s cottage.

Supreme Court House: This Georgian-styled sandstone building is the oldest in Oatlands. It features a central entry which includes timber casing with pilasters and simple cornice. 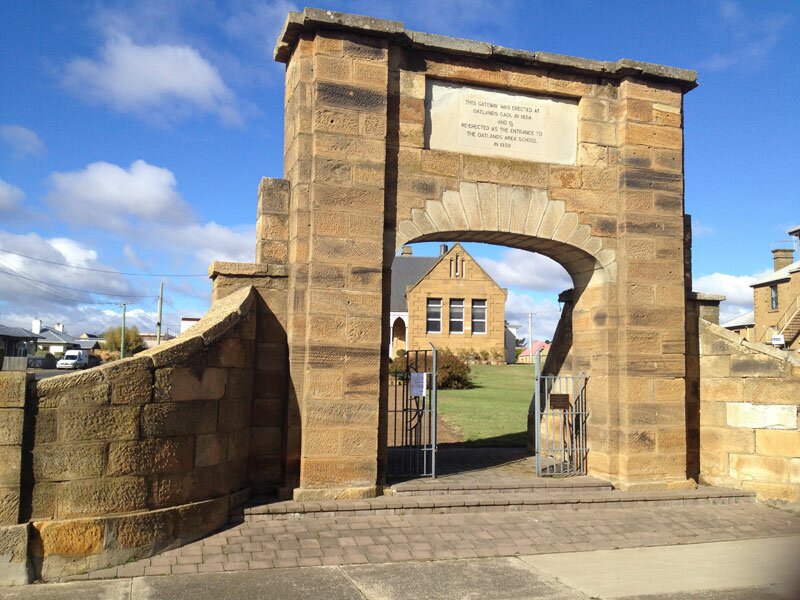 Church of England Parish Hall: A stone Victorian hall that is the work of local stonemasons, the Fish brothers. It was built in 1875. 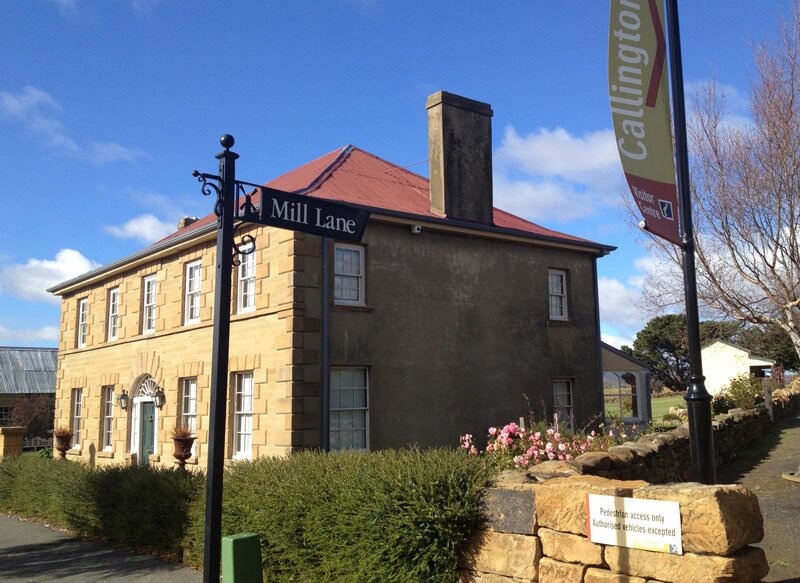 Town Hall: A two-storey Victorian building, erected in 1881 to a design by WH Lord. Its design, Georgian Revival, is sympathetic to other earlier buildings in the town.
Holyrood House: Also known as the Doctor’s House, this two-storey stuccoed house was built around 1840 for John Whiteford, the police magistrate. In 1852, Rev Trollope conducted a school here.

National Trust Cottage: A simple Georgian stone cottage, built in 1844. It features a finely dressed facade and textured blocks at the rear, a central door with transom light, 12-pane windows and a stone wall.

Where is it?: South. 79km north of Hobart, 113km south of Launceston on the Midland Highway. 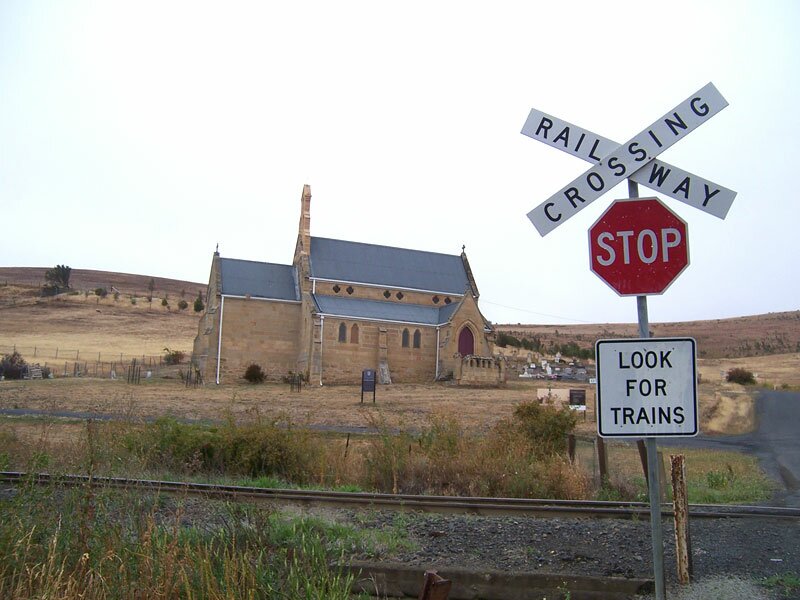 Parattah (6km east): Austral Park farmhouse was once the home of Hudson Fysh who was one of the founders of Qantas.