The sands of Marion Bay, to the immediate north of Forestier Peninsula in Tasmania’s south east corner, forms some of the most beautiful beaches you will ever find in Tasmania. These beaches are used mainly by surfers, but the water is safe for swimmers provided you take care.
The settlement here, accessed from Bay Road opposite the Copping turnoff, is little more than a huddle of beach shacks among the coastal dunes near the tidal flats, otherwise the area is deserted and unspoilt. A large sand spit formed where Bream Creek enters the bay is ideal for beach walks, shell collecting and bird watching.  Migratory Little Terns have been discovered breeding here and there have been sightings of numerous birds that are far from their normal breedings grounds. 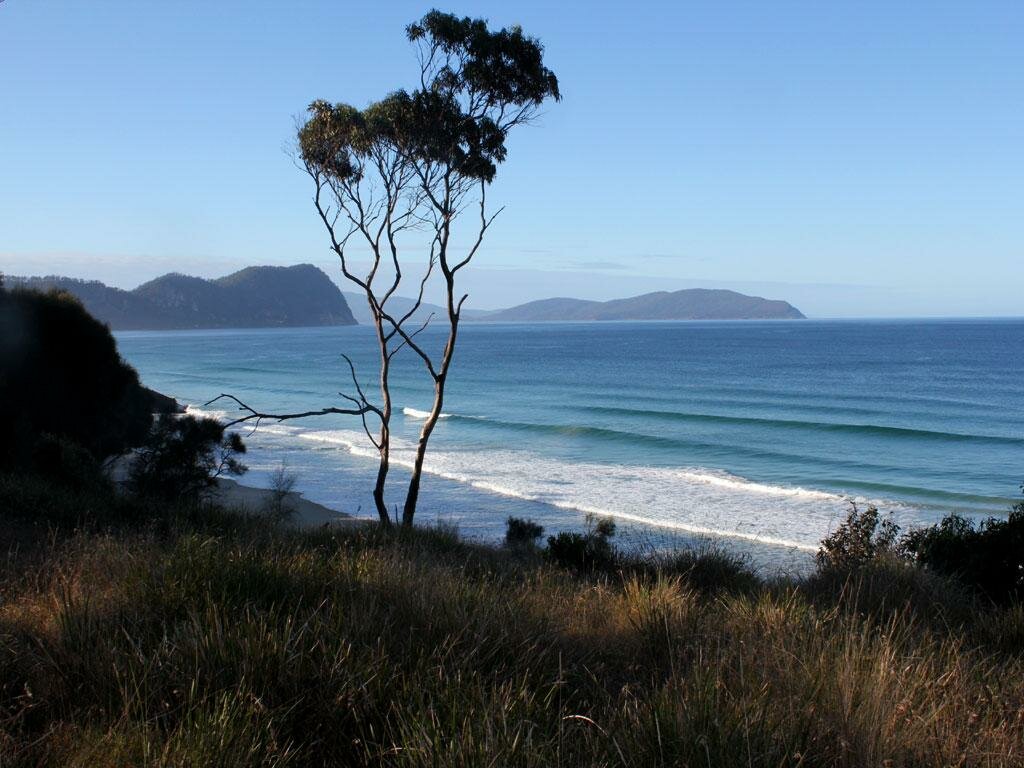 The arc of Marion Bay extends northwards from the sand bar which separates Marion and Blackman Bays to Hellfire Bluff, which is a short distance across the water from Cape Leseur, the southern tip of Maria Island.

Those who love the area are walkers, kayakers, surfers, fisherman and beachcombers. Tasmania's biggest party, the Falls Music Festival is held at Marion Bay each New Years Eve. There are also several vineyards producing medal winning reds and whites. Bream Creek is famous for monster pumpkins, on display at the Bream Creek show every March for over 100 years. 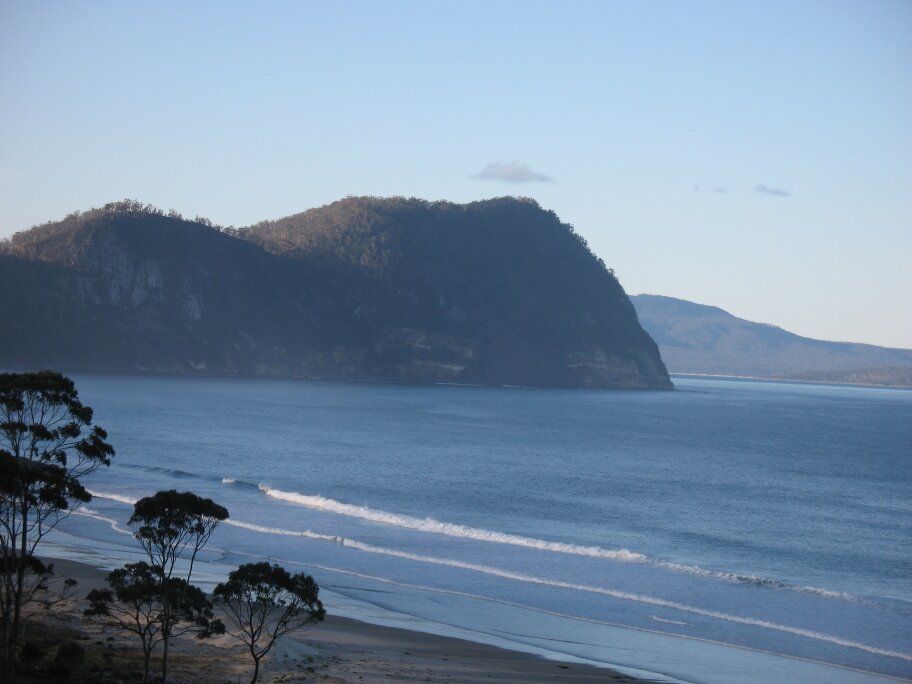 Abel Tasman first anchored in the southern part of this large bay in 1642, after having been blown out to sea whilst attempting to enter Adventure Bay on Bruny Island. He named Frederick Henricx Bay (now Blackman Bay). The next day, an attempt was made to land in the larger Marion Bay to the north; however, because the sea was too rough the ships carpenter, Pieter Jacobszoon,  swam through the surf and planted a pole with the Dutch East Indies company mark carved into it and the Princes flag atop. Tasman then claimed formal possession of the land on 3rd December 1642. Tasman named the bay Frederick Henricx Bay, honouring the Dutch Prince Frederick Henrijk. Not finding enough good water, Tasman moved on and continued his search, traversing the east coast of Tasmania.

The bay was later named after the Breton navigator Marion du Fresne, who arrived in his ship the “Mascarin” with the “Marquis de Castries” in March 1772. Marion recorded that “One sailor found numbers of crayfish, lobsters and huge crabs,and the oysters there are good and abundant”. Marion’s landing is the first recorded sighting and description of the Tasmanian people by Europeans, unfortunately one of the Tasmanians was shot dead by Marion’s men. Marion then sailed to New Zealand where he was killed by Maori in the Bay of Islands.