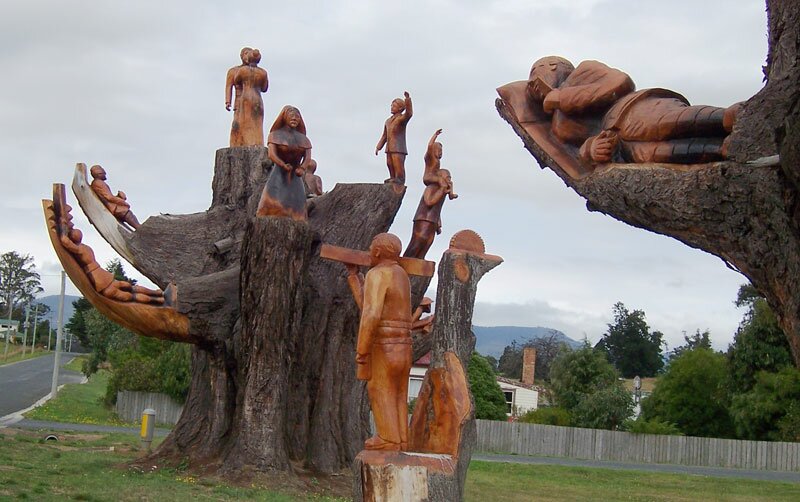 The small village of Legerwood was put on the map in 2005 when Eddie Freeman from Ross sculptured the trees here as a memorial to World War I soldiers with his chainsaw.
On 15th October 1918 a ceremony was held in the railway reserve at Ringarooma Road (later renamed Legerwood). Nine trees were planted to honour soldiers killed in World War 1 who came from the area. The tress grew to a dangerous height and needed to be lopped, leaving the Legerwood community to decide how to preserve the memorial of the soldiers. In an innovative solution, Mr Freeman was asked to carve each of the remaining trunks to represent the men they honoured.
The tree carvings are set in a quaint little public park with excellent public toilet and picnicing facilities, just a short detour off the main highway. There is a plaque giving the history of the men at the base of each tree.

The village was named after Legerwood, a town in Scotland which the explorer James Scott called home. It was established in 1862. It has a milk powder processing plant. The district was opened up to farming in the 1860s.

The village of Ringarooma, with a population of around 230, which is 4.7km away. Surrounded by farming country, it is on the edge of the mountains of the North-East, with Mount Victoria and Ben Lomond rising to the south.

Ringarooma is home to one of the North East’s oldest churches, now proudly displaying the history of the community’s cultural, farming and mining past.  A fascinating collection, much enjoyed by genealogists for it’s comprehensive history records, it’s a glimpse into a past of community, farming, gold and tin. 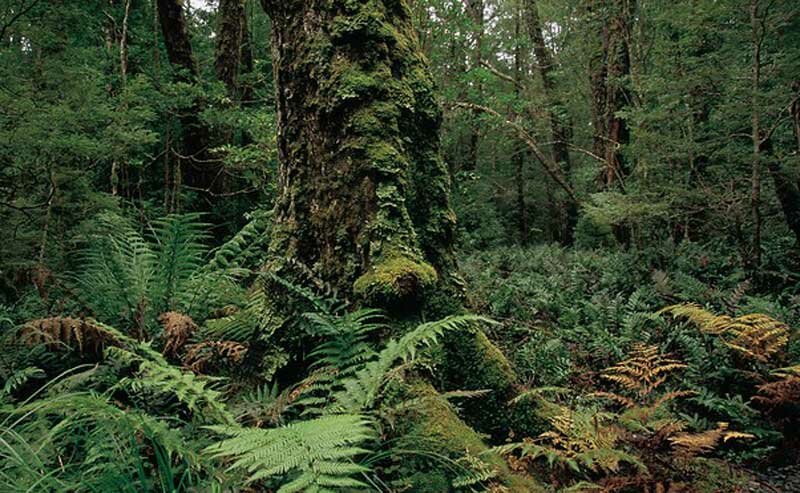 In the 1860s the Tasmanian Government provided a grant of 100 pounds in 1859 to build a road (it had to be hacked out of the dense forests) from Launceston to Ringarooma. to service the surrounding farming community. The town itself was founded in 1882 when a rural property was subdivided into lots by landowner Christopher Krushka. It was initially known as Krushka Town before being renamed Ringarooma in November 1888, taking on the name of a coastal town near Bridport, which was renamed Boobyalla.

There are a number of scenic drives in the district. A dirt road leads east the the old gold mining town of Alberton. Nearby there are excellent views from Mathinna Hill and the road through the Mt Victoria Forest is particularly attractive with many bushwalks (including one to Ralphs Falls) available to the enthusiastic walker.

Winding up from Ringarooma, through Mt. Victoria Forest Reserve, the landscape transforms from rolling farmland to rainforest and glimpses of the superb Ringarooma Valley.

At over 90 metres Ralphs Falls is Tasmania’s highest single drop waterfall, a streaming ribbon of water plunging over a sheer rock face. Soak up the beauty of the rich, rolling farmland surrounding Ringarooma en route to Mt. Victoria Forest Reserve and Ralph Falls.

From Ralphs Falls picnic area, choose the 20 minute return walk to through a wonderland of moss, ferns and Myrtle forest to Norm’s Lookout and the face of Ralphs Falls.  At over 90 metres Ralphs Falls is Tasmania’s highest single drop waterfall, a streaming ribbon of water plunging over a sheer rock face.

Cash’s Gorge is a beautiful but relaxed walk of approximately 40 minutes on boardwalk through rainforest, stands of tea tree, sphagnum moss and rugged terrain returning to the car park.