A small and charming Georgian colonial village which is registered as a classified historic town. The district was first settled by Europeans in 1814 and was known as Green Ponds – a name which is still retained as the local municipality. The town is full of quaint Georgian cottages, shops and farm buildings. The Heritage Highway bypasses Kempton, however it is worth stopping by to explore.

The major historic buildings in the town include the National Estate listed St Mary’s Anglican Church, a sandstone Gothic Revival building which was probably designed by James Blackburn. It was completed in 1844 and is notable for its square tower, its interesting cemetery, and its position as a central feature of Kempton’s townscape. 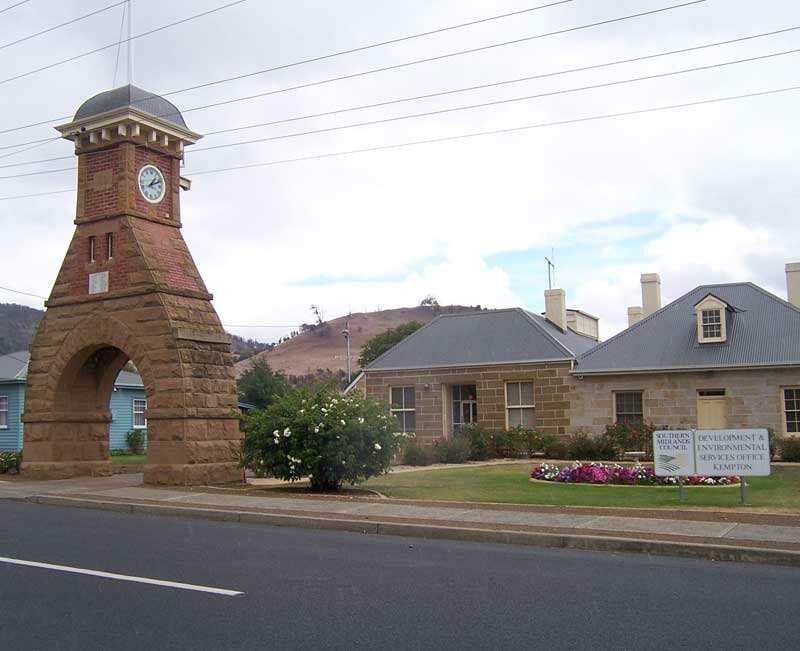 The church cemetery and the former Catholic Church garden reveal graves of convicts who were transported to New South Wales with the First Fleet in 1788. Located at the southern end of town, Dysart House

Kempton Congregational Church (1840) is a simple stone Georgian church which also has an interesting old cemetery.
Wilmot Arms Inn (1844) was built by convicts and operated as a licensed inn until 1897. It is said that the proprietor suddenly got religion and stopped making alcohol and fed all his spirits to the pigs. The building later fell into disrepair but was restored in 1978. Today it is part of Tasmania’s Colonial Accommodation circuit. 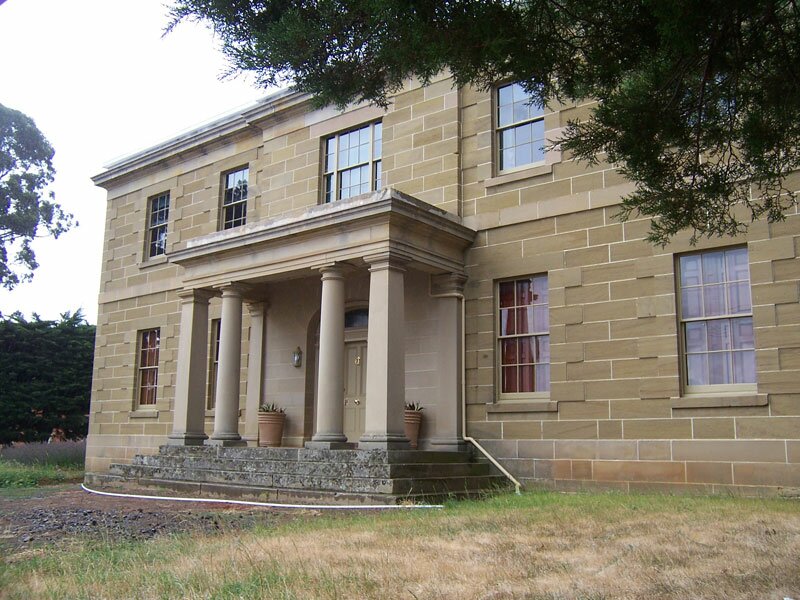 Another coaching inn in the area was Dysart House (now a private residence) a large two storey Georgian stone inn which was built in 1842. It is recognised as one of the finest coaching inns on the old Midlands Highway.
Once co-joined homesteads erected in the 1820s, what are now the Council Chambers were later converted into Government Offices and Court House. The buildings were used as a police station until 1862. The clock tower in front of the chambers was built to commemorate those who lost their lives in the 1914-18 war.

The convict built two storey Glebe House is a private residence built for Rev George Otter in 1836. The quaint old shop over the road was originally a general store built in 1934. It was formerly situated in the grounds of Gleber House but was relocated to its present position in 1990. 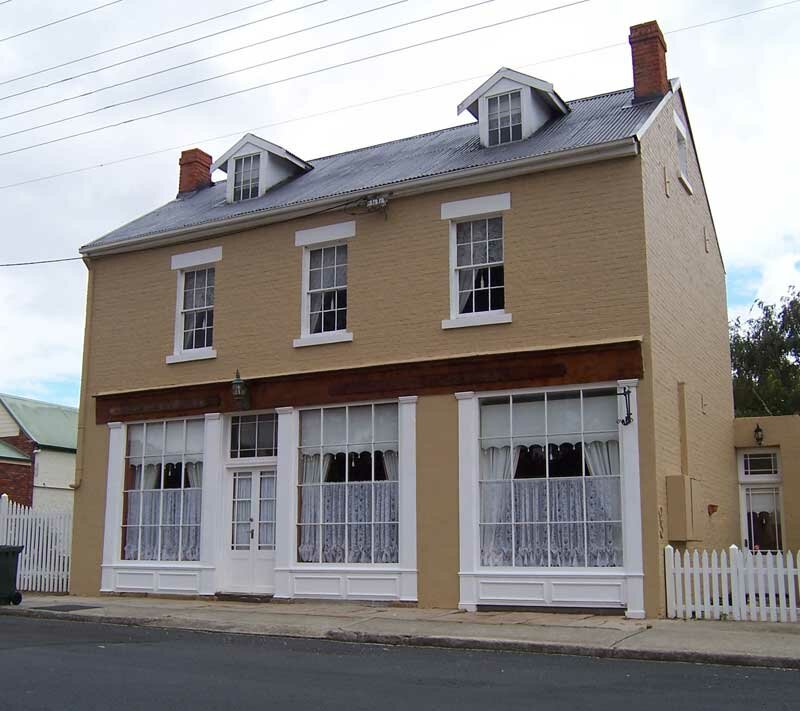 Kent Cottage, now a private residence, was built in 1833 James Lumsden operated a general store in two storey Georgian building in 1860, and more recently it was a service station.

Kempton is 49 km north of Hobart just off the Midland Highway. 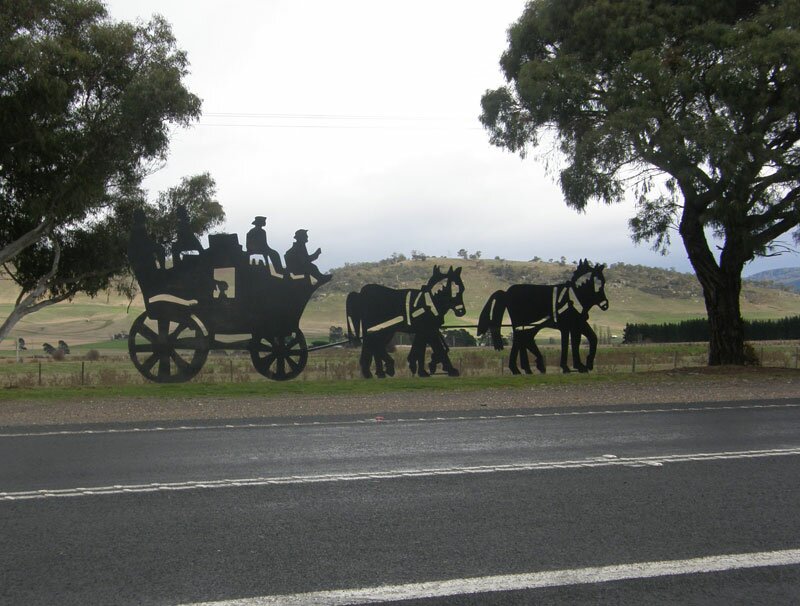 A cut-out stage coach at the highway exit to Kempton marks the start of the Silhouette Trail on The Heritage Highway. In the paddocks along the highway, fifteen larger than life black steel cut-outs define the Trail and reflect on the region’s frontier days: stage coaches in full flight, bushrangers, sheep farmers, gold-panners, surveyors, convict road gangs, railway workers, soldiers, a hangman, emus and Tasmanian Tigers amongst them. 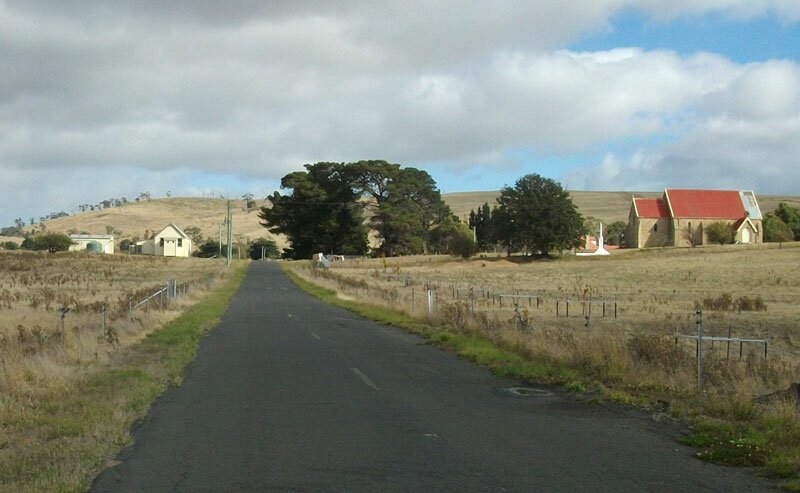