This road gets nowhere near the same amount of useage as Tasmania's three other North to South main roads, so chances are you won't see much other traffic. This makes it easy to stop and taking in the scenery - and there is plenty to stop and take in - without having to worry about that driver who is hard on your tail and wants to go faster than you do. Be aware that snow is common in winter.

Hobart to Devonport 265 km; Hobart to Launceston 246 km. Allow a full day for the drive, though it will take much less if you use it to get from pont A to point B and don't intend to get sidetracked by the numerous points of interest along the way. 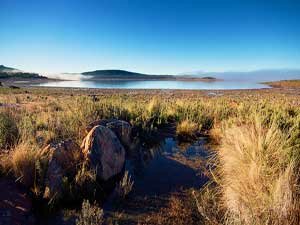 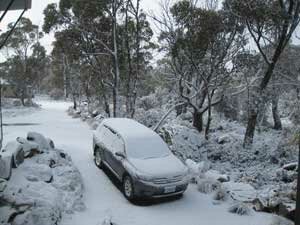 From Hobart, travel north along Brooker Highway to Bridgewater. Here you have the choice of turning left and taking the slow road to Bothwell (100 km) by first travelling up the Derwent Valley almost to Hamilton, where you head north, or by continuing up Midland Highway to Melton Mowbray, where you turn left and head for Bothwell (75 km). Hamilton and Bothwell are both historic Georgian era villages with plenty of colonial buildings.

From Bothwell, travel north on the Highland Lakes Road. As the road climbs higher, you will come to a turn-off on the left to Waddamana. Today it is a ghost town, with plenty of houses but only a handful of residents, but once it housed the workers who operated Tasmania's first major hydro electricity scheme, which came online there in 1916. Waddamana's two power stations ceased generating power many years ago, but the fact that all equipment was in good order when it was closed prompted a move to turn the scheme's first power station into a museum. 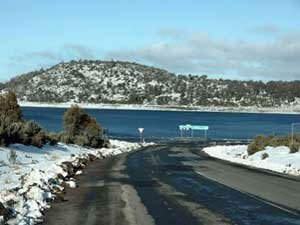 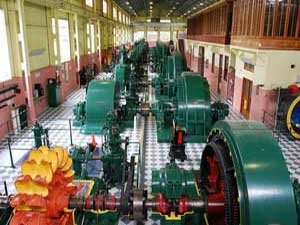 The drive through the mountains to Waddamana is rewarded by not only a most interesting museum but also the oppoprtunity to inspect at close range one of the major engineering projects of its time. After visiting the museum, continue driving north from Waddamana to join Highland Lakes Road further on. Here, the traveller must decide whether to continue travelling north towards Deloraine and eventually Devonport on Bass Strait (123 km from Miena) by staying on Highland Lakes Road, or take Poatina Road towards Poatina, Longford and Launceston (101 km from Poatina Road turn-off). To do the latter, turn right out of Waddamana Road onto Highland Lakes Road then left after a short distance into Poatana Road and follow it through to Longford.

Whichever road you take, you will pass Great Lake - on Highland Lakes Road it is on your left, on Poatana Road it is on your right with Arthurs Lake on your left. It is the highest lake in Australia and, until the HEC drowned Lake Pedder, it was also the largest freshwater lake in the country. It is a mecca for anglers, attrtacting fly-casting visitors from across the country and around the world.

The small village of Miena (57 km north of Bothwell), on Highland Lakes Road beside the shores of Great Lake, is the main centre of Tasmania's Lakes District. The town's surrounding landscape consists of mountain peaks and alpine lakes. During winter, snow settles on the shores of the lakes and clear crisp days satisfy those who enjoy feeling close to the environment. 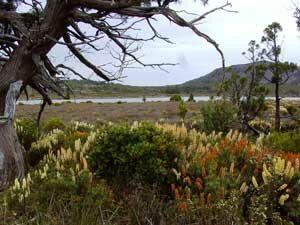 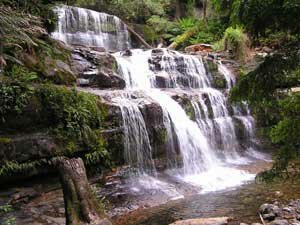 Beyond Miena, Highland Lakes Road is unsealed for around 20 km but is usually easy to negotate for both 2 and 4WD vehicles except after heavy snowfalls. It is a good idea to check the road conditions if you intend using the road in winter.

Close to the settlement of Breona, Pine Lake Walk provides an excellent introduction to the alpine wilderness. Pencil pine trees, wedge tail eagles and rare alpine insects and wildflowers are there for the viewing. Beyond Breona, Highland Lakes Road reaches its highest point (1210 metres above sea level) before making its descent to the coastal plain, passing Liffey Falls and Quamby Bluff Forest Reserves on its way. The town of Deloraine, just off Bass Highway midway between Devonport and Launceston, is around 70 km north of Miena.