John Lee Archer (1791-1852)  was the Civil Engineer and Colonial Architect in Van Diemen’s Land, serving from 1827 to 1838. During his tenure, Archer was responsible for all Tasmanian government buildings including those for penal and military purposes. Archer, born 26 April 1791 near Thurles, Ireland, was an important factor in the development of the townships of Tasmania during early settlement. The only son of engineer John Archer and Charlotte Lee of Kent, John Lee Archer spent much of his life working in the fields of engineering and architecture both in Ireland and Australia.

The first records show that Archer, at the age of 18, was taught under the guidance of Charles Beazley, an architect based in London. Commencing in April 1809, Archer remained under Beazley’s instruction for the duration of his three year term of articles before moving on to the office of John Rennie in April 1813 in the position of drawing clerk. Rennie, often referred to as “The Bridge Builder” offered a stable base for Archer to advance his skills in engineering and design.

When Archer’s employment with Rennie was terminated in 1818, he returned to Ireland and worked as an engineer for over 8 years, building his reputation. Following his father’s death in 1822 and the ongoing strain of the economic depression of the time, Archer sought to find employment elsewhere. His opportunity came in December 1826 when John Rennie’s son recommended Archer for the position of Colonial Architect in Van Diemen’s Land (now Tasmania) as the need arose for the development of public buildings and offices to accommodate the growing convict and free-settler population of Van Diemen’s Land.

Upon arrival in Hobart Town on 2nd August 1827, Archer immediately commenced work in the role of Civil Engineer and Architect for the colony. Alongside the high demand for prisons and other buildings of a convict nature, the rise in free settlers due to the ongoing depression called for the development of other public works to accommodate the needs of colonial life, such as police offices, public offices, military barracks and churches. For the majority of the 11 years that John Lee Archer served as Civil Engineer and Colonial Architect, he was responsible for all government commissioned buildings, many still notable today.

Archer married Sophia Mattinson of Hobart on 3rd September 1833 and the pair established a home in New Town with their many children. Due to a temporary decline in colonial revenue Archer was retrenched in 1838 but was never reinstated in his role. As others moved in to take over his responsibilities in his absence, Archer became isolated from his profession at the age of 47 with little hope of local employment opportunities.

In October of the same year Archer took the position of police magistrate for the district of Horton and stayed with this role for the remainder of his life. John Lee Archer died on 4th December 1852, age 61. His grave can be found in the protected cemetary at the base of the Nut.

Tasmanian Parliament House is one of John Lee Archer’s most notable projects. Its location on the waterfront of Sullivans Cove was seen as ideal for Hobart’s new Customs House (which is what it was known as up until 1904). Designed in 1835, construction was completed in 1838 with the majority of labor being carried out by convicts.

Honey colored sandstone quarried from Salamanca place was used to construct the distinctly ‘Colonial Georgian’ style building. Parliament House is one of the clearest examples of how Archer designed his work to have a sense of strength and permanence. The entrance hall is fitted with large Doric columns aimed at creating a significant threshold whilst the rusticated masonry and deeply shadowed arches accentuate the boldness of the building and it’s clean, clear lines.

The Old Market Building once screened off the façade, but over its 120 years of existence and further land reclamation, flanking trees, flowerbeds and sweeping lawns, now surround it. Whilst significant renovations to the interior have taken place, and the slate roof was removed and replaced with tiles, the façade still remains today almost exactly how it was first constructed. Unlike a lot of Archer’s penal projects, which have since been demolished, Parliament House is still occupied today by the Parliament of Tasmania. For this reason alone it is one of, if not the most significant project of Archer’s entire career.

In the 1830s, Van Diemen’s Land (now Tasmania) experienced an influx of close to 2000 new convicts, making the total over 10,000. Hobart Town, originally established as a gaol town, was most affected by this population growth. To cope with the increase, penitentiaries were constructed all over the state. In 1829 John Lee Archer was commissioned to design a chapel for the existing Prisoner’s Barracks Penitentiary.

The chapel was designed to also act as an extension to the already overflowing Barracks. Cruciform in shape, the Chapel arms enclosed exercise yards that could hold 500 prisoners on bench seats. Archer was also instructed to construct a cell block beneath the Chapel floor to house prisoners in solitary confinement.

To support the inclined floors of the Chapel above, the cells have varying ceiling heights. Other features of the cells include no ventilation and no sunlight. Part of the design for the Chapel layout included opening up the northern wing to cope with the overflow of people from the nearby St. David’s Church. As a result of this Archer was free to design the tower for the Brisbane Street entrance to the Chapel. The tower has trappings of Renaissance Greek Temples and derived inspiration from the English architect Christopher Wren.

The tower of the Chapel has a floor level that is 5 meters above street level to make room for the solitary confinement cells. This allowed an inclusion of a spiralling staircase that ran within the tower. The Chapel suffered from time and budget delays and was not in full use until 1833. It was used by the public until 1845 when it was decommissioned and used by police offices, convicts, and their families. Website >>

His major architectural works include Parliament House, Hobart, the Treasury and the Audit Department buildings in Hobart, the Ordnance Stores in Salamanca Place, several buildings at Anglesea Barracks; St John’s Church, New Town; the nave of St George’s Church at Battery Point; Old Trinity (the Penitentiary Chapel) in Hobart; St Luke’s Presbyterian Church at Bothwell, St Luke’s Church of England at Richmond; and parts of the Campbell Street Gaol, Hobart. His major engineering work was the stone bridge which still carries the Midland Highway over the Macquarie River at Ross. 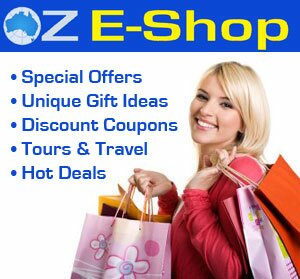