Hobart's Hunter Street is not only the site where Hobart had its beginnings, but the location of a tiny rocky island which once stood out from the main shore of Sullivans Cove, and was given the name Hunter's Island.

Founded on convict labour, it was here that the first successful attempt to establish a permanent European colony in Van Diemen's Land was made. From these early beginnings, the Hunter Street site evolved into Tasmania's principal trading port in the mid-nineteenth century. The growth of the port was fundamental to the growth of the city of Hobart and it was here where large-scale commercial and industrial development took place, coexisting with residential life. 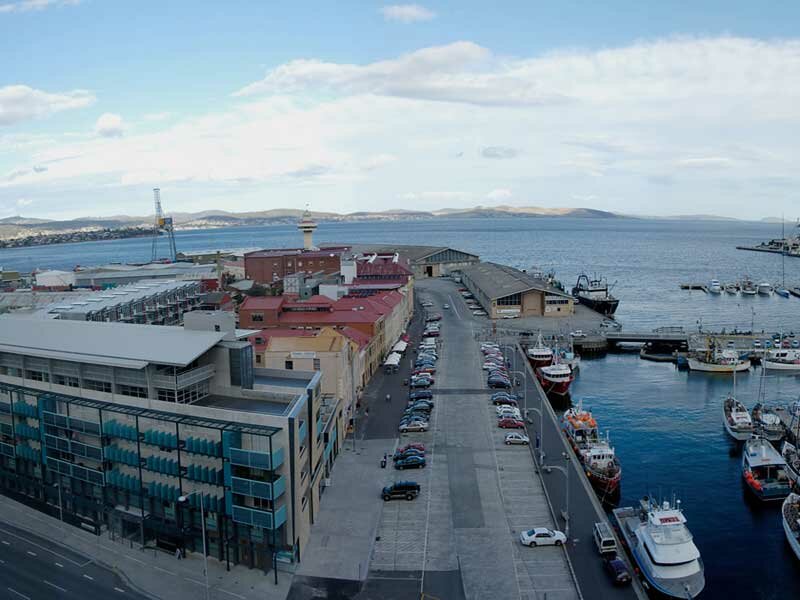 In March 2004, the Tasmanian Heritage Council agreed to permanently enter the subsurface remains of the Hunter Street area in the Tasmanian Heritage Register. This registration covers the subsurface remains of Hunter Island, the causeway, the Old Wharf Probation Station and the reclaimed land. Entry on the Heritage Register helps ensure that the heritage values of this important place are properly managed and protected by providing a legal framework for managing the heritage values and ensuring that its significance is considered during any new developments.

The first settlement at what was to become Hobart was by the British at Risdon Cove on the eastern bank of the Derwent estuary in 1803, by a small party sent from Sydney, under Lt. John Bowen. An alternative settlement was established by Captain David Collins 5 km to the south in 1804 in Sullivan's Cove on the western side of the Derwent, where fresh water was more plentiful. Collins and his fellow settlers moved to Tasmania upon abandoning a settlement on Mornington Peninsula on Port Phillip Bay.

The day after they arrived there William Collins with Deputy-Surveyor G. P. Harris sought a site more suitable than that at Risdon for a township; they recommended the cove on which Hobart now stands, and the lieutenant-governor approved. The new settlement became known as Hobart Town or Hobarton, later shortened to Hobart, after the British Colonial Secretary of the time, Lord Hobart. The settlement at Risdon was later abandoned.

Lieutenant-governor Collins wanted to retain the energetic, efficient and highly appreciated services of William Collins, so he appointed him harbour-master from 2 April 1804 at 15s. a day. William Collins then made a further examination of the River Derwent, reported on the Huon River, set up a look-out on Betsy Island, submitted a scheme for making Hobart Town the centre of a South Sea sperm whale fishery and supervised the construction of a wharf on Hunter's Island. The boat crews organised huts and other accommodation on the Domain side of the Hobart Rivulet near Hunter Island.

Hunter Island's partially isolated and relatively secure location made it a logical site for storage and the colony's first Government Stores was built there in July 1804. The site proved to be quite impractical. Access to the Stores on Hunters Island was only via a tidal sandbar that linked this small lump of rock with the shore, which was half the time under water.

In the earliest years, all cargo arriving into or departing Hobart did so at Old Wharf next to Hunter Island. Men waded across the shallow channel or along the sandbar and women were carried in sedan chairs by able seamen (the prettier the woman, the longer the crossing apparently). The 'landing' where they came ashore was next to the Hope and Anchor Hotel in Market Street. At that time, the hotel had not been built, but the first cottages behind the landing were already in position to take advantage from any trade arising from new arrivals.

In 1820 a stone causeway was built to link the island to the main shore of Hobart. and port activities increased dramatically. More than 65,000 convicts took their first steps into the penal colony at Old Wharf, jostling for room with whalers, seamen and merchants as they were marched in chains to their barracks in the town centre.

As commercial interests developed, Hunter Island became the logical site for warehouses and became the business centre for the import and export of goods through Hobart. The old causeway to the island, became Hunter Street, the town's major business precinct. 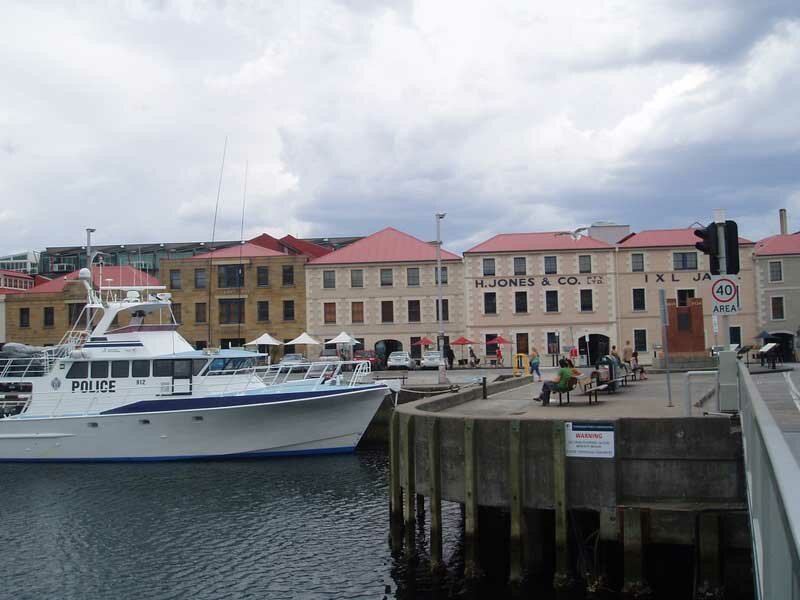 In 1822, with G. F. Read as his partner, Walter Angus Bethune was among the first to build a warehouse on Hunter Island. In the next four years he exported 320 tons of oil and 10 tons of whalebone, and he claimed to have loaded four ships in 1827 with colonial produce for London and exported 8000 bushels (214 tons) of wheat to Sydney and Isle of France (Mauiritius). Some of the Georgian buildings which line Hunter Street today date from 1825 and are among the original Hunter Island warehouses. The oldest of these was the residence of George Peacock, who established the jam business that would become IXL.

In just 40 years, a tent colony where survival was a struggle was transformed into a busy base for fishing, trade and transport. By the time Parliament House was completed and Hobart town is proclaimed a city in 1842, Hunter Island had disappeared. The area around had been filled in during the construction of the many wharves built around Sullivans Cove, erected to handle the increasing amount of goods and people passing through the port.

In 1882, a mix of original Hunter Island warehouses and those rebuilt in the later half of the nineteenth century in the same austere Georgian style were incorporated into Peacock's jam-making enterprise. Ten years later, Henry Jones and his two partners bought out the failing business. Over the next 35 years, Jones's IXL brand became a household name around the world.
At the time of his death in 1926, the Henry Jones and Co jam empire establishment stretched 300 metres along Hunter Street, from the purpose-built 1911 production factory at its eastern limit (now the University of Tasmania's School of Art) to Davey Street at its western end. Many of the buildings also extended north to Evans Street, parallel to Hunter Street, one street back from the cove. 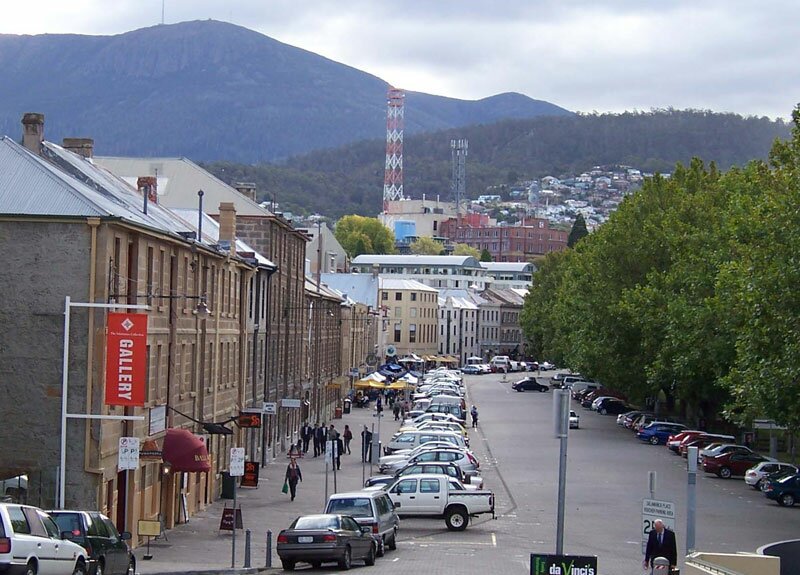 By the late 1820s the number of ships carrying whale products, import and export goods, immigrants and convicts in and out of port soon proved too much for the Old Wharf and the wharf area needed quick expansion. The southern end of Sullivans Cove possessed deeper anchorage, and in 1830 the Government agreed to build New Wharf where Salamanca Place now exists. New Wharf soon became one of the great whaling ports of the world and as Tasmania's export trades increased, the need for dockside warehouses quickly grew.