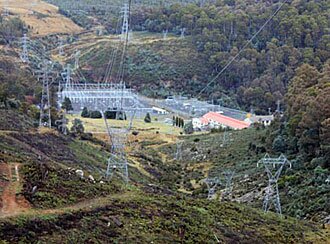 They resolved to construct a hydro-electric power plant in the valley of the Ouse River, above the town that bears that name. Water was to be provided by a small dam on the Great lake at Miena, which would then divert water down the steep drop using a woodstave pipeline and a flume. Construction began in earnest in 1910. The works were completed in 1915, and the plant was officially opened in 1916. 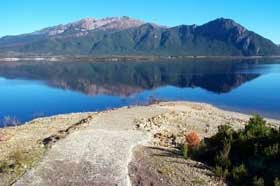 The upper portion of the King River valley was first surveyed for damming in 1917 by the Mount Lyell company. It was not until after the Franklin Dam issue of the 1980s that Hydro Tasmania proceeded to dam the valley. Lake Burbury was the name of the subsequently created lake over the valley, named after the first Australian born Governor of Tasmania, Stanley Burbury. The small timber mill community adjacent to the old alignment of the Lyell Highway was submerged, as was a significant portion of the old railway alignment of the North Mount Lyell Railway between Linda and Pillinger. The site of the townsite of Crotty, and the smelters of Crotty were also submerged.Crotty Dam on Lake Burbury. 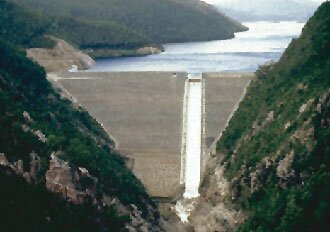 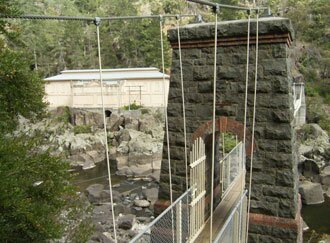 Duck Reach Power Station was the first publicly-owned hydro-electric plant in the Southern Hemisphere, and provided the Tasmanian city of Launceston with hydro-electric power from its construction in 1895 to its closure in 1955. The plant was a 'run of the river' station, making use of very little storage, and instead using the daily flow of the South Esk River to provide sufficient water for generation. An 850-metre tunnel drilled through the rock supplied water from Deadmans Hollow to an iron pipeline that plunged straight down the hill into the power station, with a discharge rate of 5,537 litres per second entering the eight Siemens turbines inside the station. 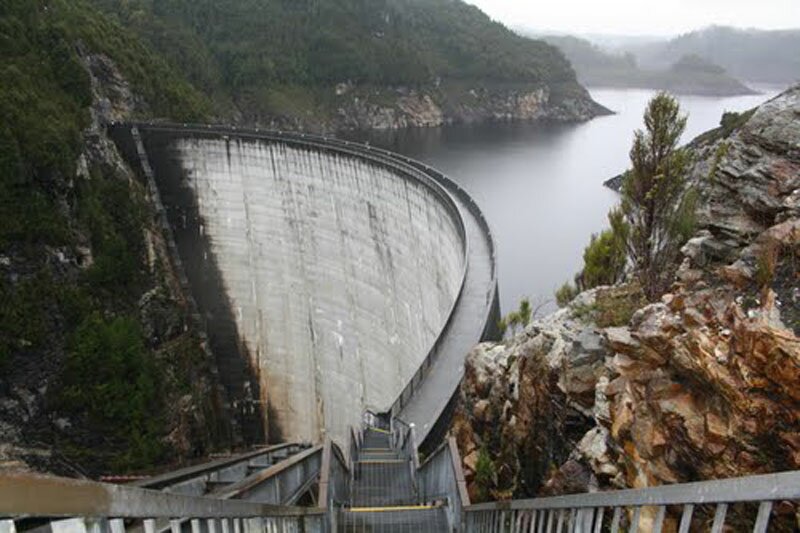 Lake Pedder, the major feature of the project, was named after Sir John Pedder, the first Chief Justice of Tasmania. The name of the original lake has been transferred to the new man-made impoundment. Although the new Lake Pedder incorporates the original lake, it does not resemble it in size, appearance or ecology. It consists of a large water catchment contained by three dams - the Serpentine, Scotts Peak and Edgar Dams. The dams were built as part of the Upper Gordon River power development scheme to provide hydro-electricity by the HEC. These dams were completed in 1972. The new impoundment is joined with Lake Gordon by McPartlan Canal, and together both lakes are the biggest water-storage catchment in Australia. 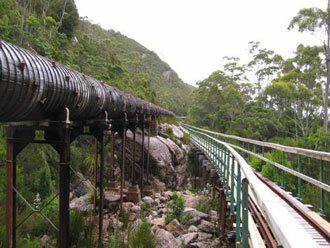 The Lake Margaret Power Station is the third oldest hydro-electric power plant in Tasmania. It was constructed between 1911 and 1914, by the Mount Lyell Mining and Railway Company. It was sold to the Tasmanian Hydro-Electric Commission in 1984, and was officially decommissioned on 30 June 2006. In 1911 the Mount Lyell Mining and Railway Company decided to make more extensive use of electricity in its smelting operations in the mining town of Queenstown, on Tasmania's west coast. It selected Lake Margaret, a small lake high up on Mount Sedgwick, to the north-west of the town, as its catchment area. In 1911, construction of a dam was commenced, which raised the original lake by six metres.