Blessed with rich red soil, the colinial village of Hagley is situated in the middle of some of Australia's best farm land. Hagley is a centre for hazelnuts, with numerous properties in the area dedicated to growing them. It has a population of around 150 people. Hagley is on the Meander River which, until the founding of Westbury in the early 1820s, was known as The Western River.

The town began in 1825 when William Lyttleton was granted 560 acres by the government. He named his land Hagley after his ancestral home in England. The town was gazetted in April 1866.

The village of Hagley has some particularly impressive buildings including Hagley House (2km eQuamby was the home of the first native-born premier of the state, sir Richard Dry. You can find his grave at St Mary's Church, which was built in the early 1860s. Quamby has become the Quamby Golf and Country Club and boasts an 18-hole golf course.

Next to the church is Hagley Farm School and Environment Centre.  It was one of the first two area schools in Tasmania, begun in 1931 in a building erected in 1865ast of the town) which was built in 1826 by Captain W.T. Lyttleton.

Hagley is 30km west of Launceston on the Meander Valley Highway. 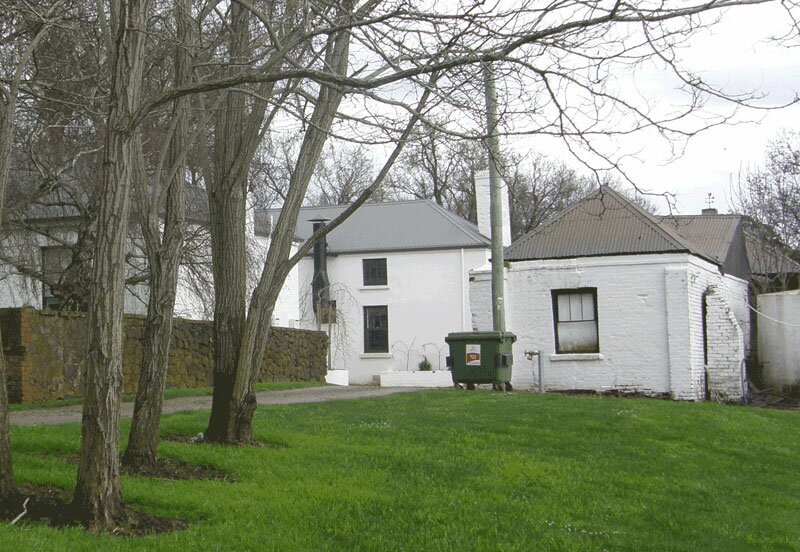 The Dry family home until Sir Richard’s death, has excellent American Colonial lines. Built between 1828 and 1838, its bricks were hand made by convicts. This 10-bedroom enchanting 150-acre property has been lovingly restored as a luxury lodge with extensive entertaining areas, a restaurant or private dining room if you prefer, sitting rooms, a library and an executive chef to design exquisite menus showcasing Tasmania’s gourmet local produce. Its charming Anglo-Indian designed architecture and period antiques and fire combine modern luxuries to offer the complete country getaway. Location: Meander Valley Road, Hagley. 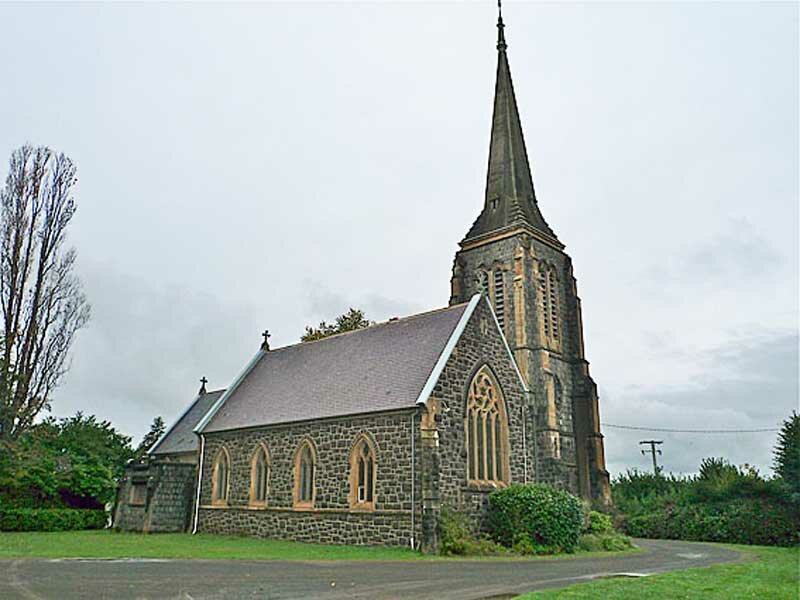 St Mary's Anglican Church dominates the streetscape of the small village of Hagley. It was designed by London architect Richard Cromwell Carpenter with Tasmanian architect Henry Hunter. Sir Richard Dry, who had the distinction of being Australia’s first Knight (1858), and Tasmania’s first Speaker and native-born Premier (1866), laid the foundation stone for the beautiful church in 1861. Sir Richard was buried in the grounds, but was later exhumed and reinterred in a vault under the chancel.

Lady Dry made many gifts to the church, including the fine east window, noted for its symmetry & colour. It depicts Guido’s ‘Crucifixion’ from the Gallery of Florence. the church was opened in 1862, its tower and spire were added in 1932. Still used as a functioning church, services are held every fortnight. Weddings are frequently held here, mainly during the summer months.

Not far from Quamby Estate, Ivylawn was built and known as the Dower House for Sir Richard Dry’s sister by their father. A fine two storey house, it is now believed to have been built about 1842. At this time, the unusual massing and fenestration of the house would have been 40 years ahead of its time. Once a secondary house on the Quamby Estate, the building has an axial approach drive and fine garden which heightens its importance.

This two storey brick and stucco house features rough stucco with smooth work in imitation of ashlar to quoins and surrounds to openings. Windows are grouped in threes (arch head to level two, flathead to level one) with Tartan glazing. The single panel double front doors feature generous half sidelights and arched transom light. Ivylawn is off Bass Highway at 1260 Westwood Road, 2km north-east of Hagley.