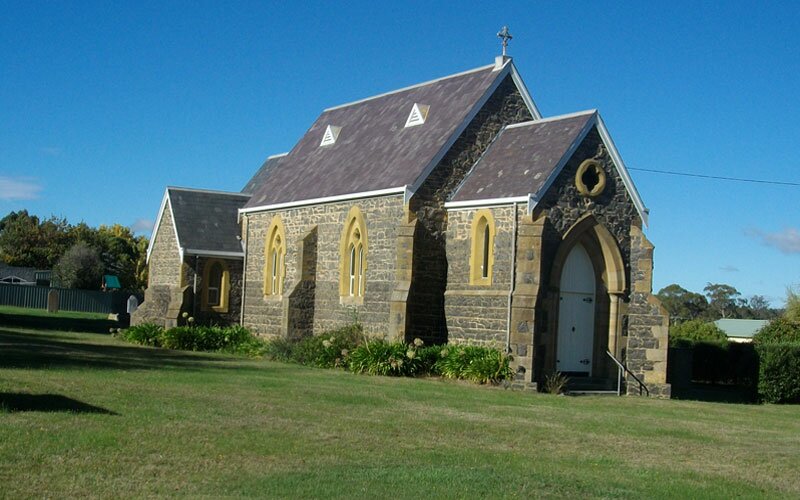 Hadspen is a delightful township on the banks of the South Esk River just south west of Launceston. It has a mix of modern homes that are popular with young families, and wonderful colonial buildings dating back as far as 1820.

It took a century to build the town’s bluestone Church of the Good Shepherd. Thomas Reibey, who was the church rector, had footed the bill for its construction, but as the walls were being erected, Reibey became involved in a scandal involving a local woman. Bishop Francis Nixon refused to accept any more of his “dirty money”, and as there were no other funds available, the church remained unfinished until 1961. The different colour of the stones used in the upper sections of the walls identifies when each parts of the walls were built. 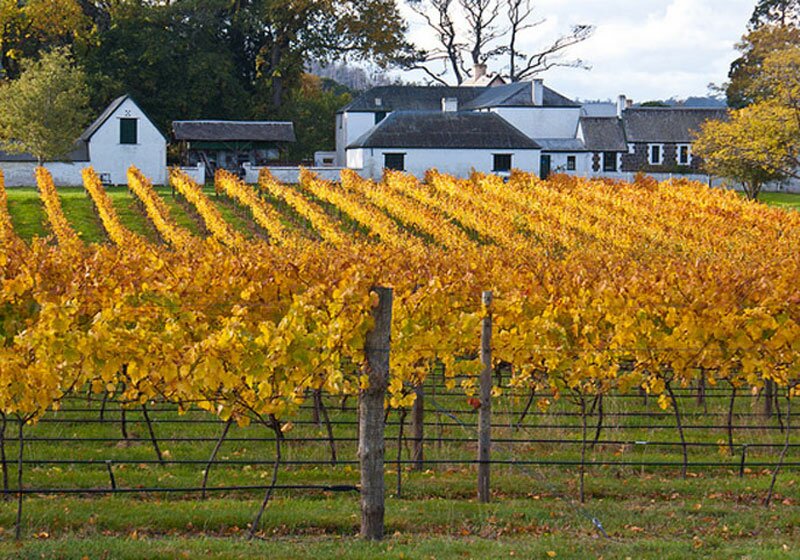 On the other side of the South Esk to the town is the historic property Entally House, the family home of Thomas Reibey, who built it in 1819 on 300 acres of land granted to his mother, Mary. She had been transported to Sydney at the age of 13 and became a rich businesswoman. Mary was one of the founders of Westpac Bank (then called the Bank of New South Wales), the first bank in Australia. Today, Mary is most recognisable as the face of the Australian 20 dollar note.

Thomas settled at Entally and built the homestead and outbuildings. Thomas loved his sport and built what is the oldest cricket pitch in Australia and probably its first, hosting games before Melbourne was settled. The estate also provided the training grounds for the 1884 Melbourne Cup winner Malua.  Entally is named after Thomas’ parents house in Sydney which was named after a suburb in Calcutta, India and the Hintally Tree (a date palm). The property is Heritage listed and open for inspection daily.

Thomas Reibey’s son, also named Thomas, became the major local landowner after his father died. He was for some years rector of Holy Trinity church, Launceston, and afterwards rector of Carrick. About 1858 he became archdeacon of Launceston but was dismissed after bring accused of dubious moral behaviour. Reibey was the Premier of Tasmania from 1876 to 1877. Four years later Reibey retired from politics and confined his interests to country pursuits for the remainder of his long life.