High on the slopes of Mount Owen, above the town of Queenstown is the remnants of the mining town of Gormanston. It was built as the company town for the Mount Lyell Mining and Railway Company operations at the Iron Blow open cut copper mine in 1881 and later also became the terminus of the North Mount Lyell Railway before it closed. It is the only remaining townsite that lies in effect ‘in’ the West Coast Range.

Gormanston was at its peak in 1901, when it had a population of 1,760 and had a local government authority based in its town. Today there are only a handful of families still living in this historic mining town. Considerable numbers of buildings have been removed to other locations, and the local government authority was absorbed into the West Coast Council and the adjacent Mount Lyell workings have been closed down.

243 km north-west of Hobart, near Queenstown. It lies at the shoulder between Mount Lyell and Mount Owen and is south or ‘up the hill’ from an equally abandoned community, the remains of the townsite of Linda which is at the northern side of the Linda Valley. 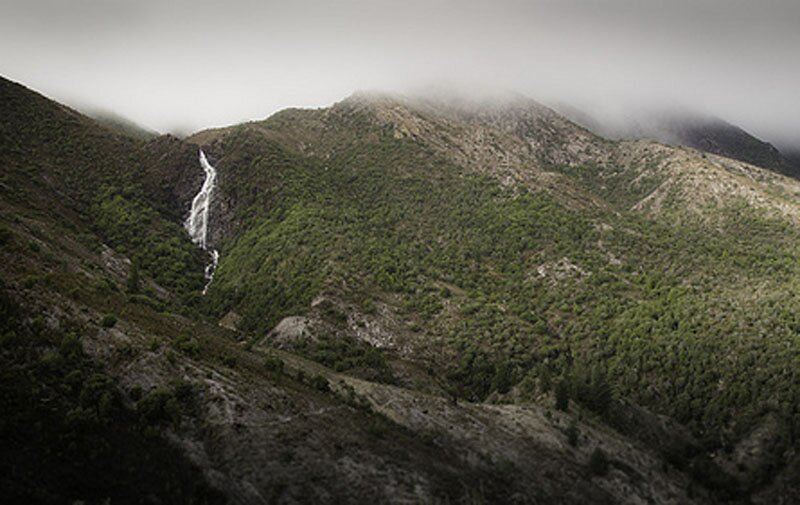 A seasonal waterfall on Mt. Owen the way into the mining town of Queenstown from Hobart. The falls are named because of their shape; they have also been known under the names Queenstown Falls and Angel Falls.