Tasmania’s most north easterly township, Gladstone is one of the few in the region still involved in tin mining. The small town has a colourful history as a centre for gold and tin mining activities. Gladstone is the gateway to the largely unknown far north-eastern corner of Tasmania. 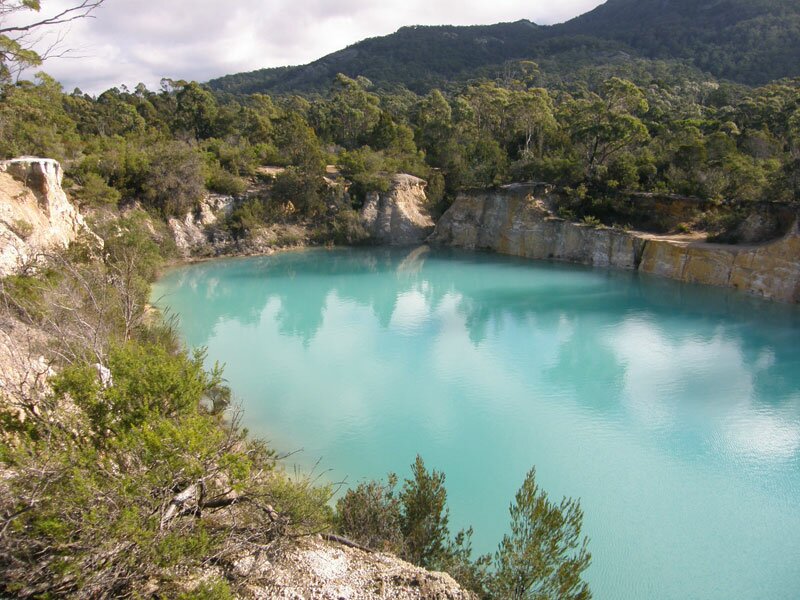 Though mining has been replaced by tourism, the district has many tin mining ruins, notably at Boobyalla (17 km north west) which was once Gladstone’s port. Little Blue Lake (above) is the flooded remnants of a tin mine. These former mine sites are popular destinations for bushwalkers, as are the impressive geological formations of the area.

Gemstone enthusiasts are attracted to the district because of the sapphires, topaz, agate and amethysts which can be discovered. 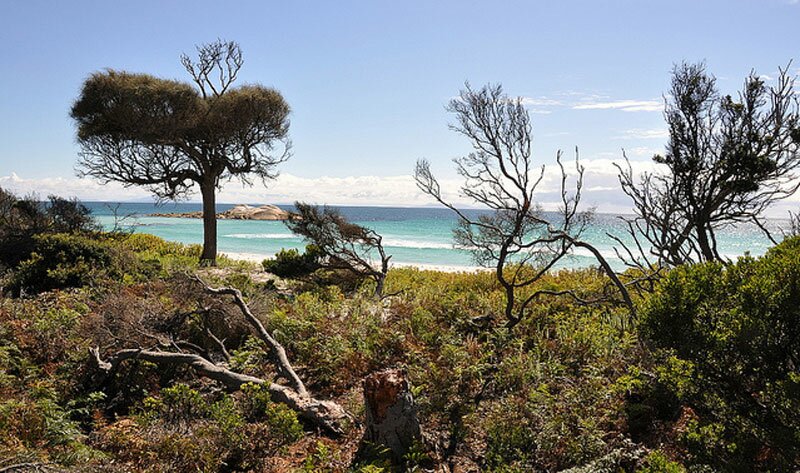 Gladstone is the accessway to Mount William National Park. The park enjoys abundant wildlife and far-stretching beaches. In spring, the coastal wildflowers are in full bloom. A wide variety of wildlife lives in the park, including the rare Tasmanian Forester kangaroo as well as Bennetts wallabies, Tasmanian pademelons and wombats. Like so much of the east coast, Mt William’s geology is dominated by granite. Much of the coastal granite is encrusted by red and origin lichen, for which the area is noted. 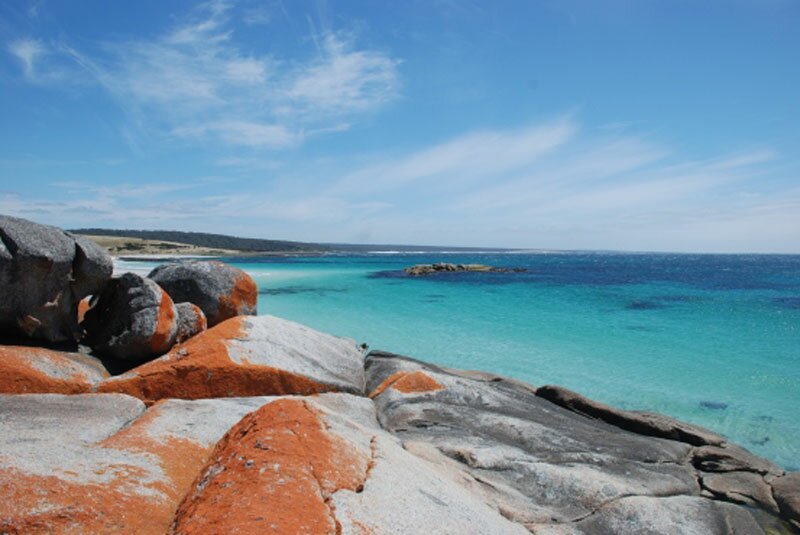 A beautiful piece of wilderness coastline on the far north of Tasmania east coast, the Bay of Fires stretches from Eddystone Point in the north to Binalong Bay in the south. Characterised by stunning blue water, fishing lagoons, spotless white sandy beaches and orange lichen covered granite boulders, the area is often mentioned internationally in lists of the world’s top beaches. One of Tasmania’s most popular natural destinations, this 29-kilometre ribbon of sea, surf and sand is renowned for its island beach culture, cosy cottages and nature walks, not to mention its natural beauty. 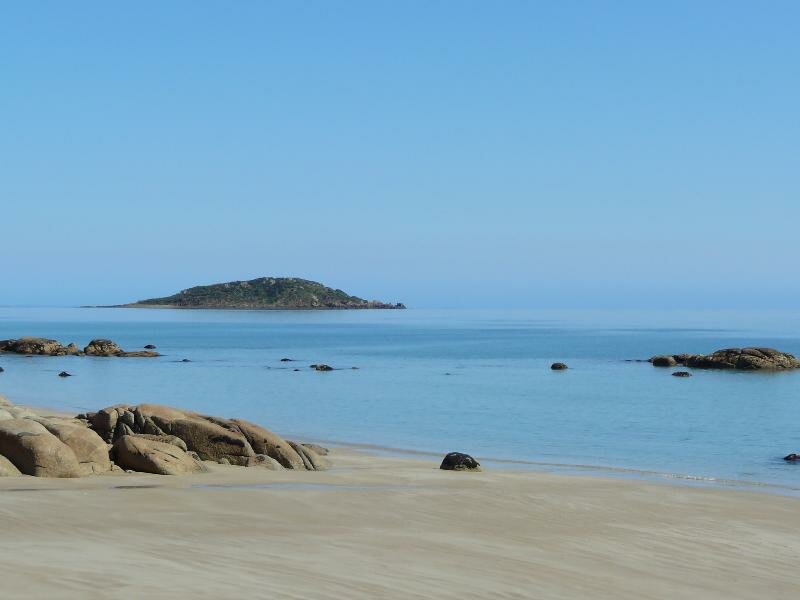 Tomahawk (29 km north west) is a small seaside town overlooking the Bass Strait in the heart of a coastal region characterised by superb beaches, dramatic sand dunes and attractive, isolated countryside. It is an ideal destination for people wishing to escape from the hurly burly and have a peaceful holiday walking on the beach, swimming or fishing. 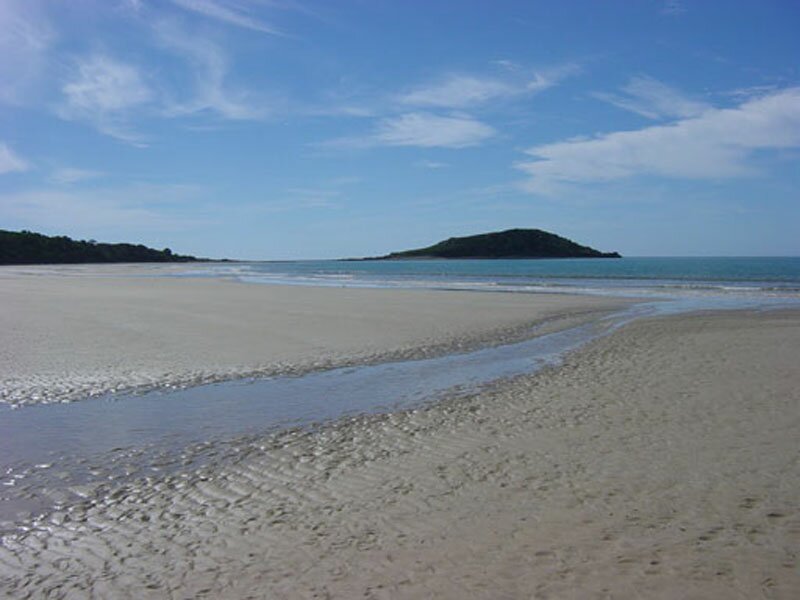 Boobyalla Beach (17 km north west) is one of the few ocean beaches in Australia with a triple bar system. The northwest-facing beach extends for 9.4 km from the sandy mouth of the Boobyalla River to the southern rocks of Petal Point and forms the eastern shore of the large Ringarooma Bay. The only vehicle access to the beach is in the north via a 4WD track off the Cape Portland Road. 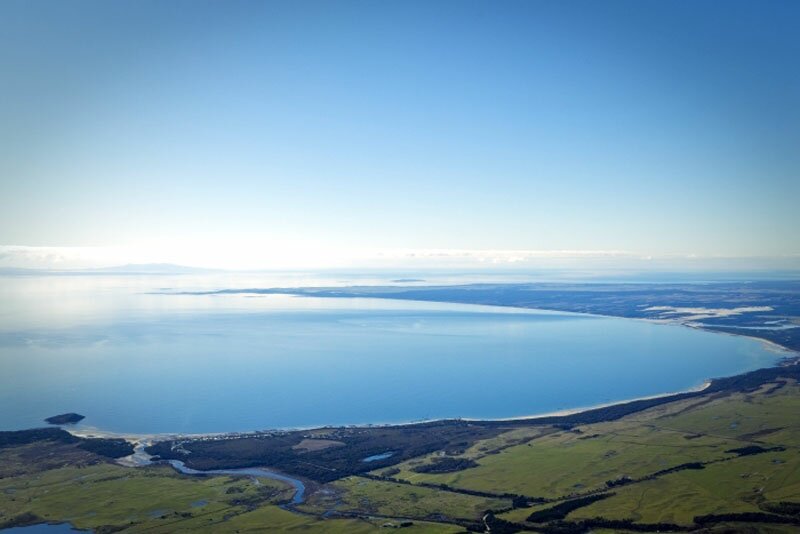 Cape Portland (25 km north) is the north eastern tip of Tasmania. Pointing west across Ringarooma Bay, it was named after the Duke of Portland by Matthew Flinders during his 1798 circumnavigation of the island in the sloop Norfolk with George Bass. It is an important bird breeding area for Cape Barren Goose, Chestnut Teal and the threatened Hooded Plover. There is a small fishing community at Cape Portland.

The clean, white sands of Musselroe Bay on the east side of Cape Portland, is popular spot for beach fishing and swimming. Situated within Mount William National Park, it is also known as a place to experience close encounters with Forester kangaroos and other Tasmanian wildlife in their natural environment. 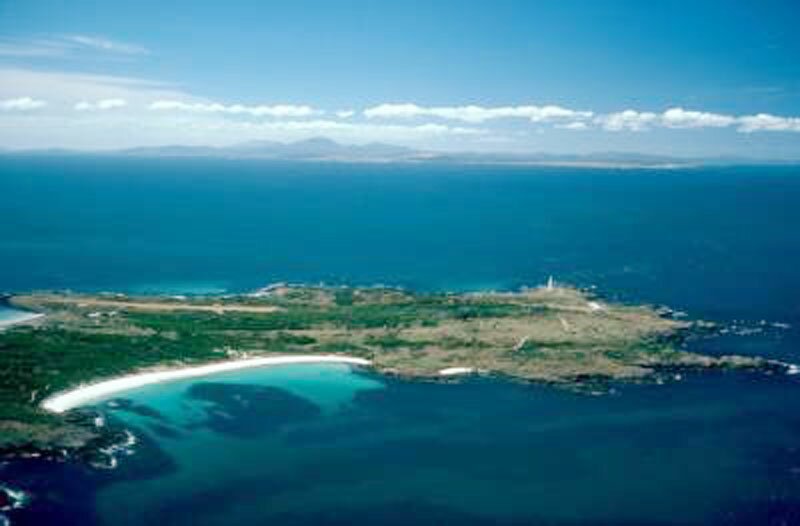