Pillinger is an abandoned port and townsite in Kelly Basin, on the south eastern side of Macquarie Harbour on the West Coast of Tasmania.

Named after an early Tasmanian family, some of whom were politicians, the town came into being in 1897 as the port for the shipment of ore from James Crotty’s North Mount Lyell mine. Trains on the North Mount Lyell Railway took ore to the smelters at Crotty and on to Pillinger.

When the Mount Lyell Mining and Railway Company took over the North Mount Lyell operations, Strahan was chosen over East Pillinger as the preferred port. Most of the town and port facilities were either removed and utilised elsewhere, or left to rot. Following the cessation of rail services, only one shop and one hotel stayed open. Only two families remained. The last of these – the Crossans – left in 1943.

Today, most of the town has been reclaimed by the forest. There are however some substantial and fascinating relics awaiting discover, and the walk from the Bird River Bridge to East Pillinger is highly recommended.

South of Strahan, on the south eastern side of Macquarie Harbour on the West Coast of Tasmania. From Queenstown drive south along the sealed Mt Jukes Road for 29 km. At this point the road surface changes to gravel and it becomes the Kelly Basin Road. Follow the Kelly Basin Road for 11 km to the Bird River Bridge turnoff. It will take approximately one hour to travel from Queenstown to this point.

Those travelling in 2WD vehicles will need to park at the turnoff and walk the final five kilometres (allow about an hour) along the Kelly Basin Road to the Bird River Bridge. The road follows the alignment of the railway line and so it provides level, easy walking although it can be wet underfoot. Those travelling in 4WD vehicles can drive this final section of Kelly Basin Road. The track is quite narrow in parts so please travel slowly and watch for other vehicles. 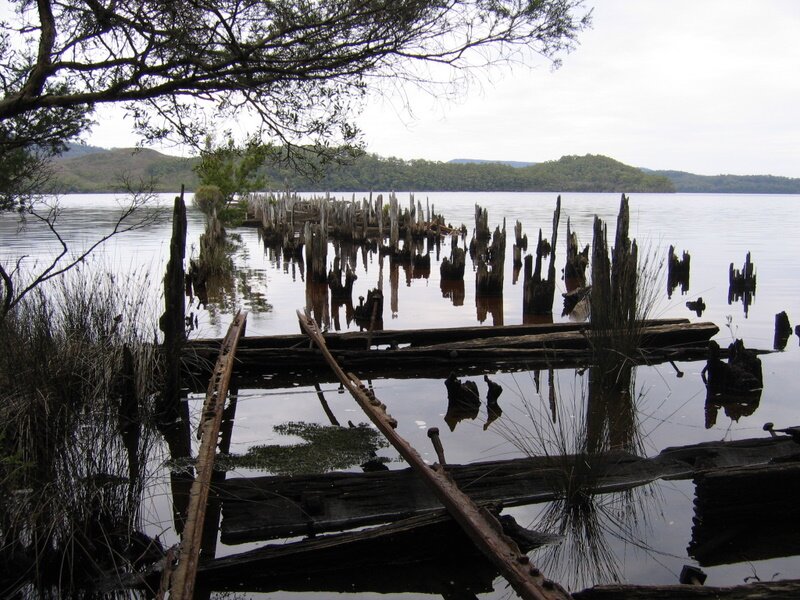