A journey along Tasmania's first main road in the footsteps of infamous bushrangers and the illustrious stonemasons, enterprising wool growers and hardened convict road gangs; political exiles, scoundrels and opportunists, whose legacies remain in the quaint villages around southern Tasmania. Distance: 162 km 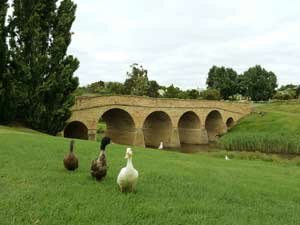 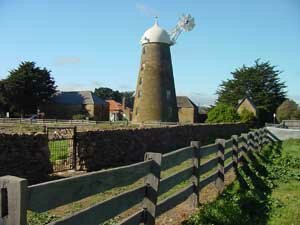 Head east out of Hobart over the Tasman Bridge and follow the signs to Tasmania's best known colonial village - Richmond. Just 25 km north-east of Hobart, in the Coal River region, Richmond was initially part of the route between Hobart and Port Arthur. Present-day Richmond is best known as being preserved as it was at that time. It is a vibrant tourist town, with many of the sandstone structures still standing.

Richmond's most famous landmark is the Richmond Bridge, built in 1823, and Australia's oldest bridge still in use. The town is known for its historic streetscapes, with cafes, old churches and craft and accommodation cottages. A miniature of colonial Hobart is also well worth the admission fee. Travel north on Colebrook Rd to the olde-world villages of Campania, Lowdina, Colebrook and Jericho to Oatlands. This classified historic town half way between Hobart and Launceston has the largest and finest collection of Georgian sandstone houses in Australia, many of which were built by convict labour. It's a town steeped in Tasmanian history, and has a number of unique landmarks, including the Callington Mill and St Pauls' Church. 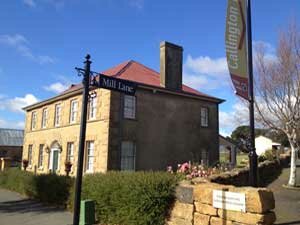 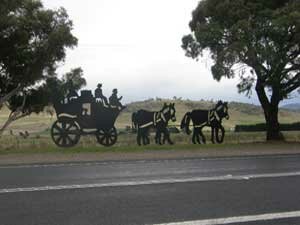 Moving on, return to Midland Highway and head in the direction of Hobart. On the way you'll pass Jericho and Melton Mowbray, a couple of villages that times seems to have forgotten. The next village on the road south is Kempton, another charming Georgian colonial settlement which is registered as a classified historic town. Dysart House, now privately owned, at the southern end of town, is an exceedingly handsome mansion. Return to Hobart through Bridgewater, now one of greater Hobart's northern-most suburbs, located 19km from the city.