A rural centre set among orchards, Copping is best known for supplying fruit for the tables of Hobart.

Part of the Bream Creek district, it was named after Captain Richard Copping, who purchased a property here from George Moore in 1860 upon which he settled three of his half-brothers as tenant farmers. Captain Copping established his own property Rochford Hall nearby at Kellevie.

Copping gained notoriety when it was revealed that Port Arthur mass murderer Martin Bryant lived there for a number of years in the 1980s. Many properties were destroyed in Copping during bushfires in January 2013.

Not to be missed if you are passing through this village is the Copping Colonial and Convict Exhibition at the local museum. On display is an original cell door from the Port Arthur penal settlement, which was in use between 1833 and 1877, as well as thousands of other items relating to the convict era and the history of settlement in southern Tasmania. Housed in a big shed, the museum is open during regular business hours, seven days a week.  Vines & Designs at the Copping Museum is a cafe, art galley and gift shop that also warrants a visit. 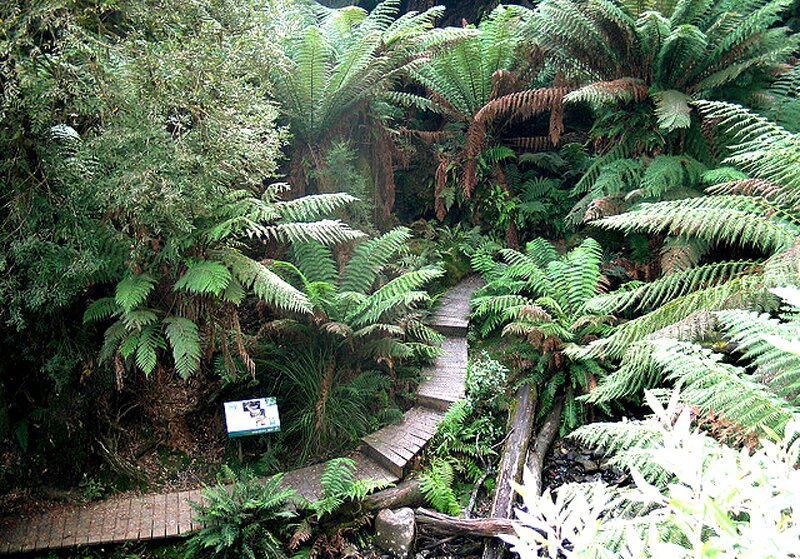 About halfway between Copping and Orford in the heart of the Wielangta Forest, the Sandpit Forest Reserve picnic area provides a great stopping point for a picnic in one of the two stone shelters once used by Aborigines. Wielangta walk is a 2 hour return walk that follows the route of an abandoned tramway to the remnants of the old timber milling township of Wielangta. There is another shorter walk through the rainforest (20 minutes return) at Robertson’s bridge.

The Wielangta Forest covers an area of approximately 37, 500 hectares, has a mixture of land tenures and contains a mosaic of production forest and reserve areas. Wielangta has been a working forest from the early days of timber harvesting to the present day and offers schools a range of experiences for exploring forest environments.