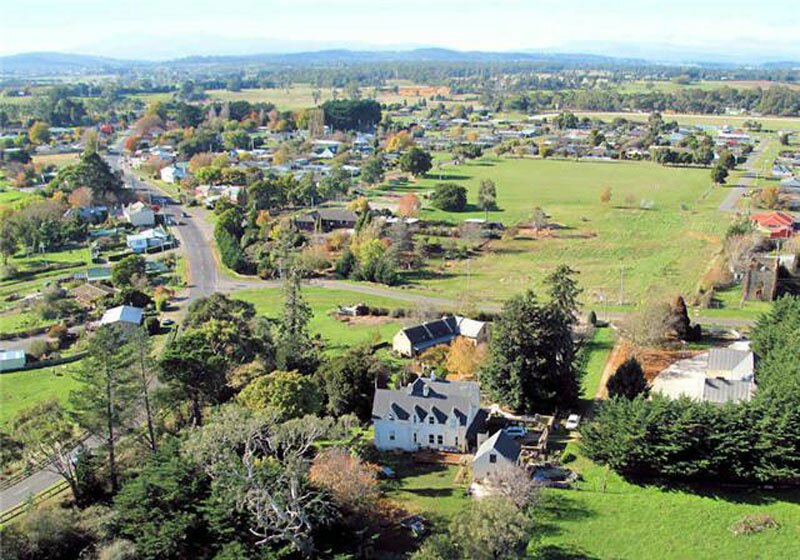 A pretty Georgian era village on the Liffey River, Carrick plays host to a number of events including Agfest and the Carrick speedway. Agfest, Tasmania’s premier agricultural event, has the second highest attendance of all agricultural field days in Australia.

The town’s bluestone flour mill, built on the banks of the river, serviced the farmers whose wheat saved Sydney Town from starvation on more than one occasion.

Near the mill is Archer’s Folly, an imposing and now ruined, but never completed, grand colonial house. The folly was started in 1847, sold incomplete in 1867 and burned to a roofless shell in 1978. It was erected by prominent local businessman John Kinder Archer, not to be mistaken as a descendant of the Archer dynasty. He was an elected member of the House of Assembly for Norfolk Plains in 1859, a position he held until 1861. 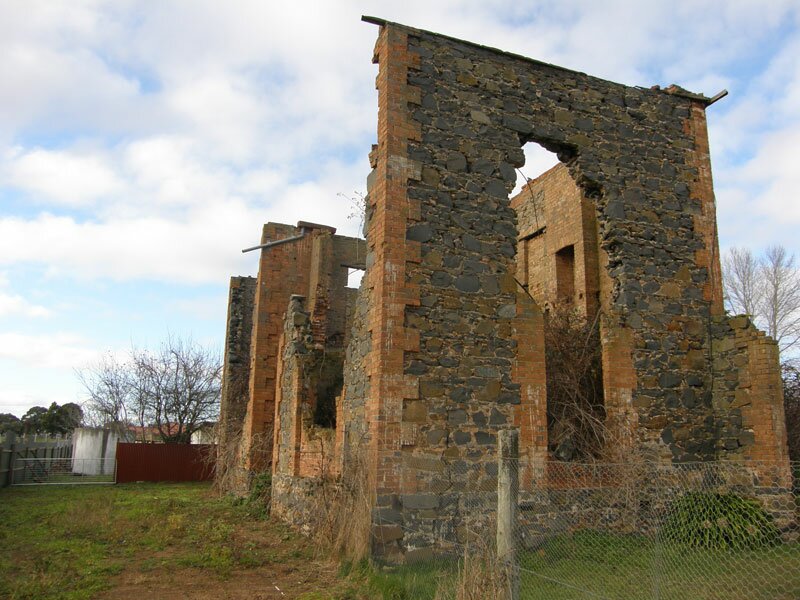 At about this time, Archer began building a large mansion on the high ground adjacent to Bishopsbourne Road in Carrick. An interesting feature was the carriageway in the centre of the house which took the form of a tunnel. Horse drawn vehicles could be driven right through the building from the front entrance to an inner court yard and out through the back entrance to the stables.

After the front of the house was built, two ships owned by Archer that were carrying building materials and furnishings for the house collided in Bass Strait in a severe storm. As the ships were uninsured, Archer’s finances took a battering, further building plans were shelved and the house was never finished. In 1867 it was sold to a miller, and ex-employee of his father, TW Monds who used the property for storage purposes.