Boobyalla Beach is one of the few ocean beaches in Australia with a triple bar system. The northwest-facing beach extends for 9.4 km from the sandy mouth of the Boobyalla River to the southern rocks of Petal Point and forms the eastern shore of the large Ringarooma Bay. The only vehicle access to the beach is in the north via a 4WD track off the Cape Portland Road. 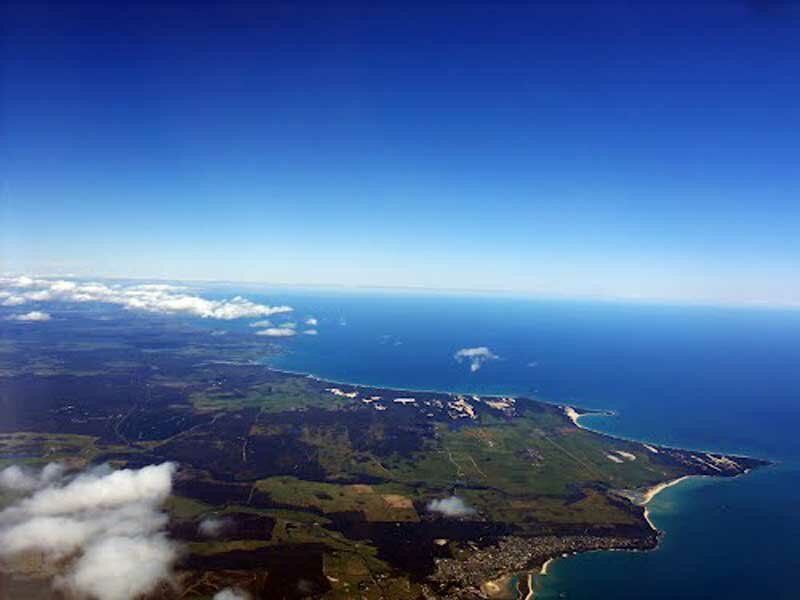 When tin mining developed during the 1870s and 1880s, the port of Boobyalla on the north east coast became very important. Webb's Track, now the road in to Boobyalla Beach, was built in 1869 from Lyndhurst to Tomahawk wharf, also constructed the same year. The heavy crushing plant and other machinery for the mine at Lyndhurst were unloaded at the deep port of Tomahawk.

Being at the mouth of the Ringarooma and Boobyalla rivers, it became the focal point for the influx of miners and the stores they required, and for the export of tin. For many years there was a regular shipping service, including small steamships and sailing vessels. But, like Bridport, Boobyalla declined as a port after the north east railway was built.

Little remains of Boobyalla, now a ghost town, as buildings such as the old hotel and houses were either burned down by bushfires or dismantled. Remnants of the old wharf are still visible at the edge of the silted-up Boobyalla River. A single property now owns the whole site with the main house located at the end of former Hurst Street.

The Boobyalla River, on which the port used to sit, is now a possible habitat for the rare fish species dwarf galaxid and Australian grayling, as well as the Green and Gold Frog Litoria raniformis.