A charming fishing port on Tasmania���s east coast, which in recent years has grown in popularity as a holiday resort.

Bicheno is 176 km south east of Launceston and 182 km north east of Hobart (via the Tasman Highway).

The Gulch and Governor Island:��Marine life and seabirds abound in Governor Island Marine Reserve ��� stay dry in a glass-bottomed boat or scuba dive amid sheer rock walls, deep fissures, caves, sponges and sea whips. Tasmania is considered one of the best temperate water dive sites in the world.

One of Bicheno���s more well known coastal features is the town���s blowhole.

Penguin tours are one of the town���s most popular attractions, while the local wildlife park has a wide array of fauna, including kangaroos, Tasmanian devils and pelicans. 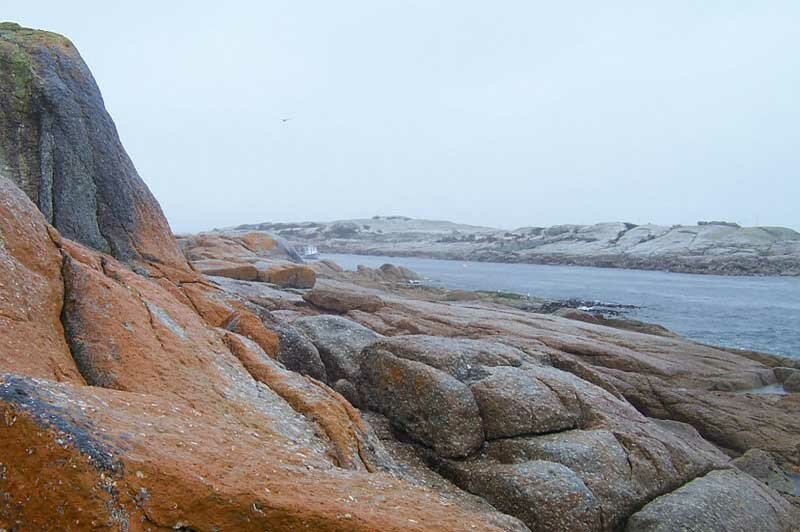 Situated right at the east of Bicheno, the picturesque Governor Island poses as an exemplary marine environment that deserves every tourist���s awe. Mainlanders and foreigners from around the globe frequent the island for its rock formations ���Hairy Wall��� and ���The Castle,��� wildlife that includes Australian fur seal, penguins, silver gulls, kelp gulls and other island species, and diving spots prominent for the caves and swim throughs. Standing as the breeding nest of crested terns, Governor Island becomes an essential faction for marine reserve.
In winter when��Diving��is best, with water visibility reaching 30 metres and more, you may have the pleasure of��Diving��amongst schools of dolphins or to swim alongside the whales who use��Bicheno��as a stopover during their migration.

Peggy Point was used as a base for sealers and whalers from 1803. Their settlement became known as Waub���s Boat Harbour. The first permanent settlement began in 1849 after coal was discovered and began being mined at nearby Douglas River. More coal was discovered at Denison River in 1854 and a 7km horse-drawn tramway was constructed to the mine. Both mines fell into decline in the mid 1850s when the miners left to join the Victorian goldrush. Between the World Wars, Bicheno was revived as a cray (lobster) fishing and tourist centre. 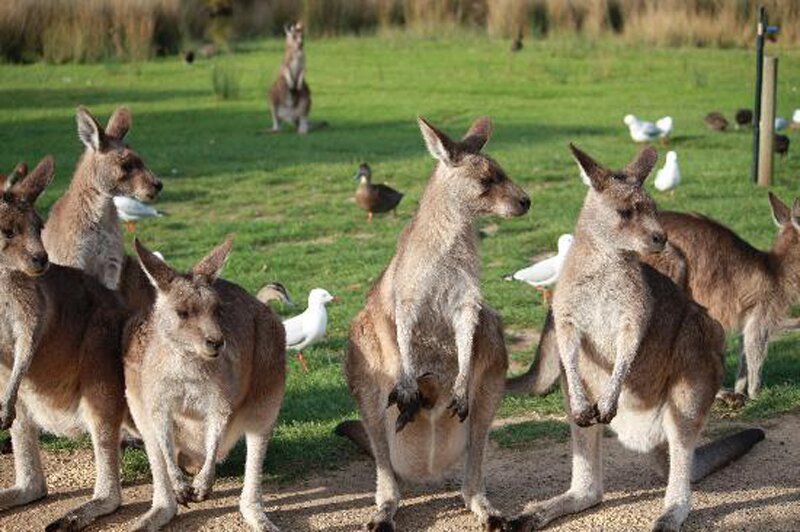 East Coast Natureworld is a natural wildlife and Ecology park near Bicheno, on Tasmania���s east coast. Experience the freedom to roam and relax in 160 acres of parkland and lagoon, or get involved and hand feed some of the free ranging Kangaroos.

The multi-award winning park is located , north of Bicheno. Here, you can see native Australian wildlife up close, including Tasmanian Devils, Tassie Tigers (Snakes and cats of course), wombats, kangaroos, bettongs, koalas, pademelons, lorikeets, pelicans, Cape barren Geese, Eagles, Owls, Native & Exotic Parrots and much more, Natureworld also operates as a rescue, breeding and rehabilitation sanctuary for orphaned or injured wildlife. Other features include Devilworld, a state of the art, interactive interpretation center focusing on the Tasmanian devil. You can see over 200 snakes and lizards in Reptileworld and witness the after-dark habits of Australian native animals like the Spotted Tail Quoll & Ring-tailed possum in Nocturnalworld. Devil Feeding times are at 10am 12:30pm and 3:30pm each day.
The East Coast Heritage & Mining Display replicates an 1850���s mine & rescued mining Equipment, while learning about coastal History. Natureworld also has a playground, Old McDonalds Farm, scenic lookout, and walk-through aviaries. Take a scenic flora walk through the forest, or enjoy homemade soup with damper and ���Devil Cream Teas��� at the Devil���s Den cafe.

The park is located on 65 hectares (150 acres) of natural parkland and lagoons at 18356 Tasman Highway, north of Bicheno. In its own way Freycinet National Park is one of Australia���s most interesting wilderness areas ��� where else in the world do you see red granite cliffs tumbling into the cold ocean? This 10 000 ha park is alive with unusual animals ��� Tasmanian pademelons, white-breasted sea eagles, red-necked wallabies ��� and in season offers spectacular displays of rare native flora, notably a wide variety of native orchids. It is fair to say that it is one of the country���s most spectacularly beautiful areas and when the weather is perfect it is hard to imagine a more peaceful and awe-inspiring piece of coastline. 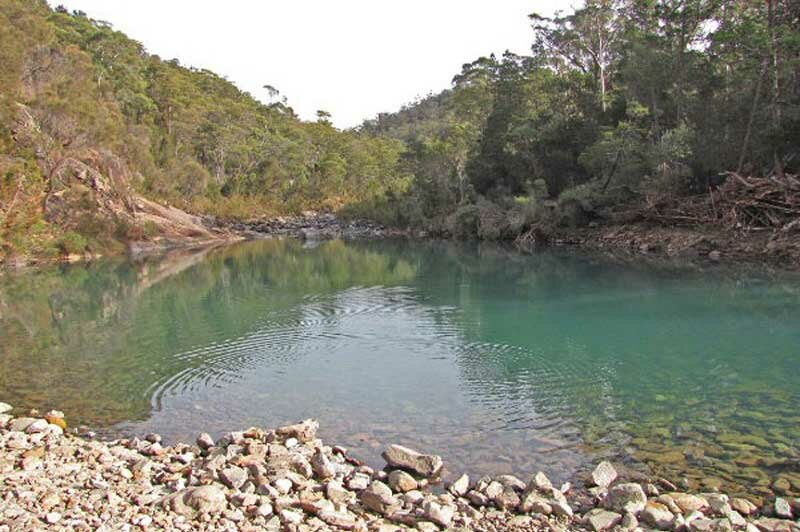 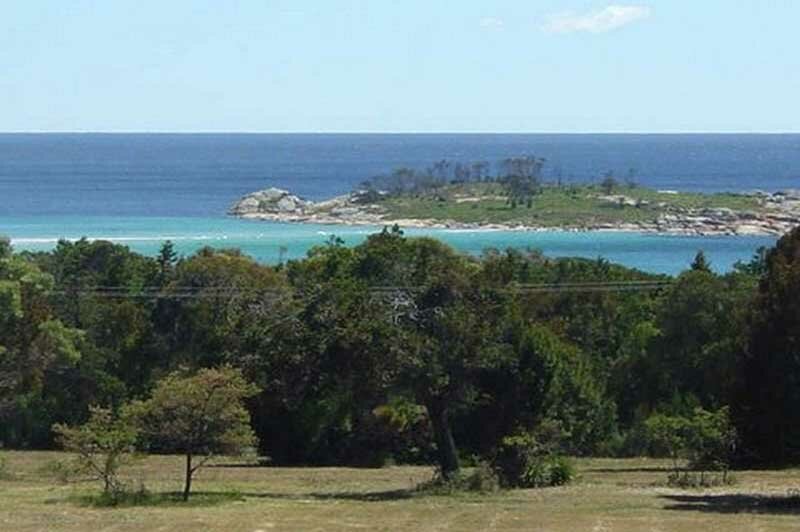 Just off the coast to the north of Bicheno is the Diamond Island Nature Reserve. It is possible to walk across from the mainland at low tide. The granite island is home to large numbers of fairy penguins. It is a popular walk for visitors. Coming from the north, turn left into Bicheno on Burgess Street it is possible to see the Gulch, the grave of Waubedebar, and the local blowhole. Waubedebar (after whom Waub���s Harbour was named) was an Aboriginal woman who saved two white men when their boat was smashed against the rocks during a storm. It is said that snowdrops bloom on her grave every spring.