Balfour is an isolated former mining town deep in the heart of the forests of north western Tasmania dating between 1902 to 1912. Prospecting and Mining was one of the biggest drawcards to the region for early settlers, with tin mining set up at Balfour, Gold at Corinna, and Tin at Waratah also. ���Prospectors��� often searched the rivers in years between 1850 and 1950 quite unsuccessfully. Current historical areas include; Balfour, Magnet (ghost mining town), Corinna (former gold mining boom town), and Waratah.

The Balfour mining field was the scene of the greatest activity in the western zone from 1901 when copper was discovered. The largest mine was the Murray Brothers Reward Mine, yielding 1286 tons of copper, iron pyrites and alluvial tin up to 1910.

High grade ore was transported to the coast for shipment to Sydney for smelting, access being by horse drawn tram via the 21 km long Temma tramway, built in 1911. After the deduction of travel costs, the mine still made over 25 shillings a ton. Temma was not regarded as a secure anchorage, and its use entailed a lengthy and expensive sea voyage, so it did not develop into the primary access point for miners.

The mine was abandoned before WWI, and the track does not appear to have been much used after the last major explorations in the 1940s. As the copper petered out and the town died.

Interesting features at Balfour are the unique settlement, historic cemetery and old mine sites. Mt. Balfour Mine, a copper and tin mine, was one of the westernmost mines in Tasmania. Balfour is close to Julius River Forest Reserve, Arthur-Pieman Conservation area, Mr Frankland (433 metres), Mt. Hazelton (871 metres) and the coastal settlement of Temma.

50 km south of Smithton via Blackwater Rd (unsealed); north of Cornnia via Norfolk Road; 270km northwest of Hobart. Whilst 2 wheel drive vehicles have been known to make the drive to Balfour, 4WD is recommended, particularly if there are wet conditions. 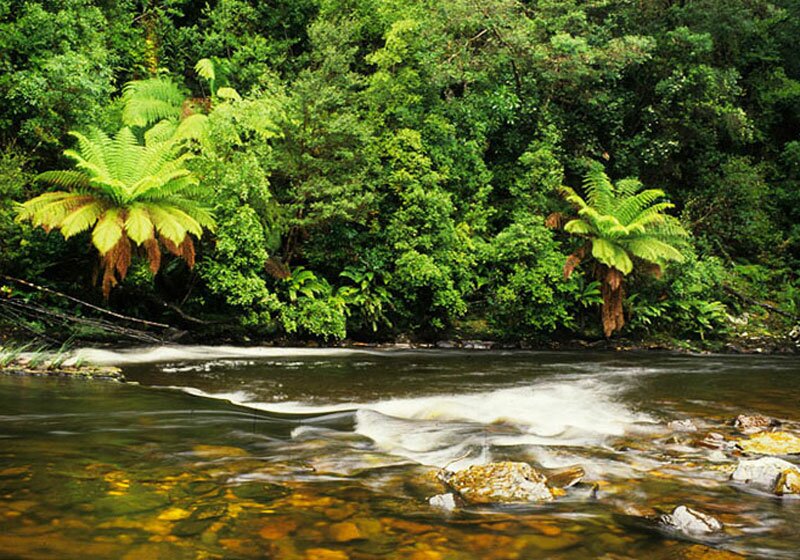 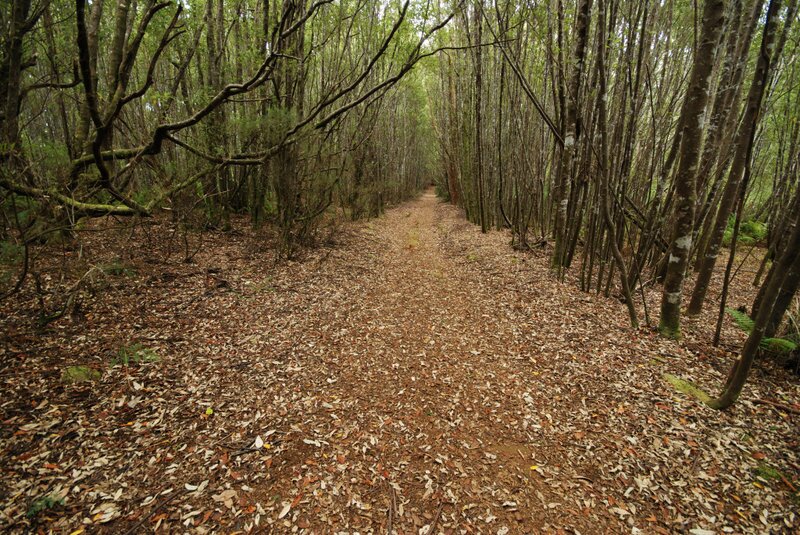 If you visit the remnants of Balfour, a walk along the old pack track to the Frankland River is highly recommended. The pack track was built from Smithton to Balfour and a swinging bridge built over the Frankland river, hence the steel cables spanning the river .��At the link road junction you can read the sad story of the 15 year old girl buried in the Balfour cemetery. About 400 people were buried at the cemetery but there are only four marked graves, one is the girl, another is the town doctor. Typhoid took its tole on the population in 1912. The river is a forty minute return walk from the old town. The Balfour Track Rainforest Walk has been well preserved, and is continuously maintained by Forestry Tasmania. Other parts of the Balfour Track have been overgrown or over-run by roads.