Nestled between the junction of the St Pauls and South Esk Rivers, the small village of Avoca is the most westerly of the Fingal Valley settlements and is overshadowed by the sentinel of the entrance to that region, 1027 metre high St Pauls Dome. The town was officially settled in 1834, and has relied almost continuously upon farming and mining for its economic stability, likewise enduring the fortunes and failures of these industries. Sadly the coal and tin mines which for so long provided the life blood for this isolated community, are now all closed.

The town still has a number of historic buildings including the local Union Hotel built in 1842, the former Rectory built in 1845 and the Parish Hall built around 1850.The most significant of the old buildings in the township, however, is St Thomas Anglican Church, which is set on a hill on the northern side of the main road and overlooks both the St Pauls and South Esk Rivers. Its Romanesque Revival style is a design attributed to James Blackburn, the architect who is believed to have designed the old church at Port Arthur. St Thomas was consecrated on the 8th May 1842. 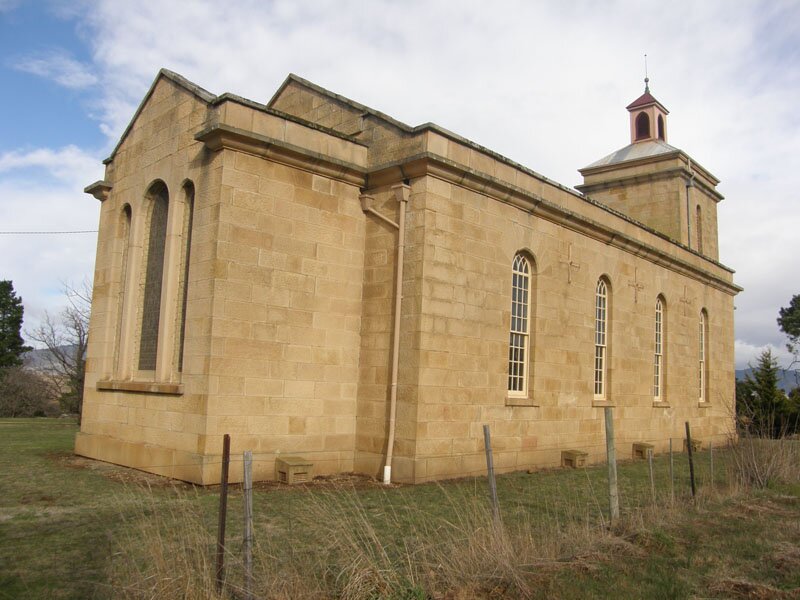 Avoca Museum and Information Centre: The old State School, which houses the museum and information centre, opened in 1908 at a cost of £348, and in 1929 there were 73 pupils enrolled. Prime Minister Joe Lyons visited the school in 1936, the year the wireless set and electric power were installed. A new school was built in 1951. location: 16 Blenheim Street, Avoca. Ph: (03) 6385 2002.

Bona Vista: Just a stone throw from town, on the Rossarden Road, is the old homestead of Bona Vista. This fine example of Georgian architecture was built in stages by Simon Lord Jr. Lord. He commenced building his home around 1840, but it appears to have not been completed until 1848, at which time 43 residents lived on the property, 18 of whom were convicts.  The homestead seems to be designed with an emphasis on security, as early settlers in this region were under constant threat of attacks from bushrangers and natives.
An elaborate system of walled yards near the house offered some safety to valuable stock, which could be herded there when an attack was feared. The house itself is surrounded by a stone wall some 3 metres high and 60 cm thick. As well as a place for social gatherings Bona Vista was also the scene of several tragic events. In 1853 two bushrangers held up the homestead and shot a local constable. They were subsequently caught and both were executed. A nice irony is the fact that Tasmania’s most famous bushranger, Martin Cash, worked as a groom at the property. In 1862 there was the murder of the child of a German couple, and in 1898 a young man is said to have been murdered on the homestead woodheap.

In 1825 Colonial Government Surveyor John Helder Wedge surveyed the area and called it St Pauls Plains. But it wasn’t until the early 1830s, when a Police Barracks was built, that a township developed and took on the Irish name of Avoca. In colonial times convict probation stations were established at Avoca, Fingal, St Marys and Falmouth.

Early records show that James Gilligan was the first settler to the area in around 1820. He took up residence on his 1600 acre land grant a few miles east of the present township, and named his property Clifton Lodge. It was here in 1843, whilst District Constable William Ward was a dinner guest of the Gilligan’s, bushrangers Riley Jeffs and John Conway raided the homestead. In the scuffle that followed Constable Ward was shot dead by one of the “misguided” men, and it is said the policeman’s ghost still lingers amongst the old ruins today. 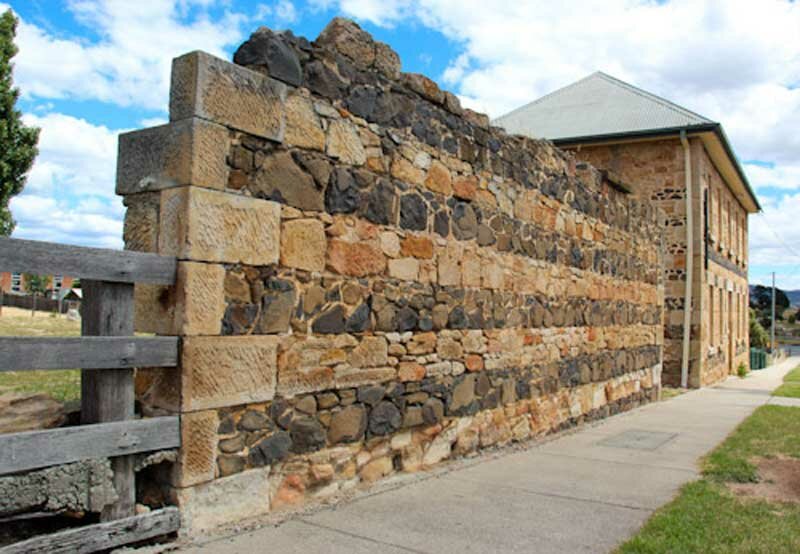 In the 1960s and early 1970s Avoca gained national fame for what was headlined across the country as the “The Avoca Shoot”. This referred to the Avoca Wallaby Shoot, an annual event organized by the Avoca Football Club to raise funds for the club and at the same time cull the wallabies which were in plague proportion on properties in the Avoca area. Hundreds of shooters would converge on Avoca each year where they would pay an entry fee to the footy club, head into the hills and if we believed the headlines in many Mainland papers “mass slaughter would take place”.