This species is endemic to Australian waters and breeds on at least 50 islands off the coast of Western Australia and South Australia. Sea Lions prefer sandy beaches, usually in isolated bays and sheltered areas. The beaches and the surf of King Island are where they are most likely to be seen in Tasmania, though they seen in southern Tasmania from time to time. Historical records indicate that, prior to the arrival of European seal and whale hunters, the range of the species extended to Bass Strait, particularly Clarke Island and adjacent islands in the Furneaux Group.
Close range viewing: *King Island 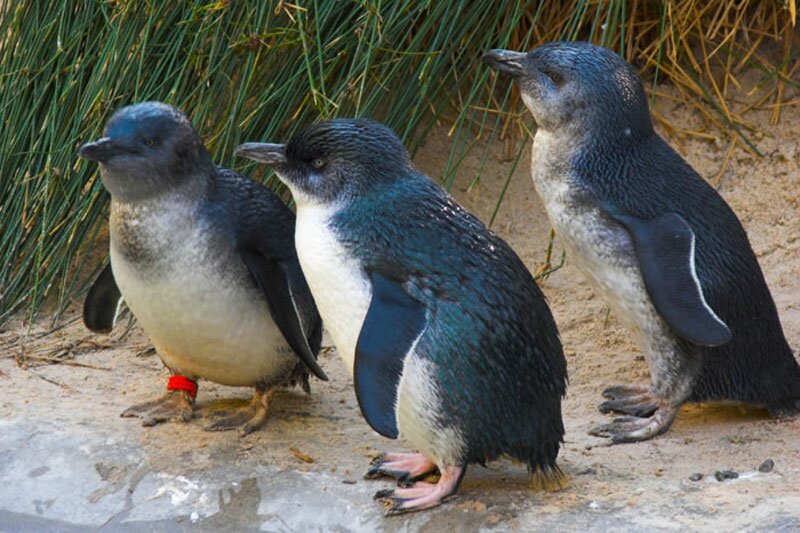 Fairy or Little Penguins are attractive birds, and they waddle around in small groups in search of food or playing. There are numerous fairy penguin colonies along te NSW coast. They stand about 45cms tall, and weigh around a kilogram. Found only in Australia and New Zealand, they are fairly common in the waters of southern Australia. They breed mainly on offshore islands from Port Stephens, NSW, to as far as Fremantle, WA and on Tasmania's Bass Strait shores.
Close range viewing: *Neck Game Reserve, Bruny Island; *Johnsons Beach, Penguin; *Lillico Beach, Devonport; *Low Head Coastal Reserve, Low Head 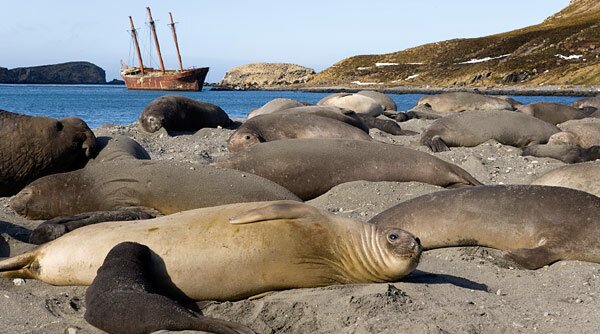 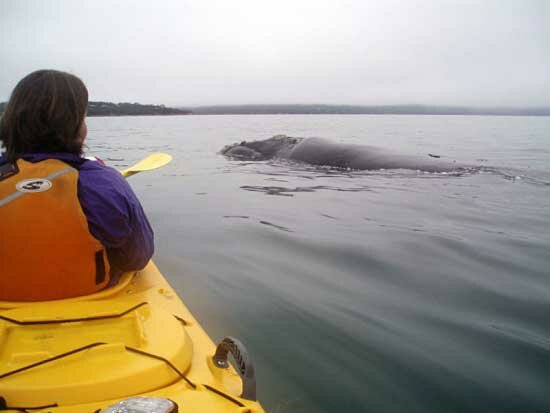 Whale southerly migration happens every year from October to late December. The northerly migration occurs from February to May but generally fewer whales are visible. The southerly migration of whales down the east coast of Tasmania gives visitors and locals an opportunity to see these magnificent animals close inshore. With a mix of Humpback Whales to the more leisurely Southern Right Whales which often cruise around the inshore bays along the coast and can be seen within 100 metres of the shore line. On rare occasions ��� but happening more frequently ��� you can see the largest whale in the seas, the magnificent Blue Whale.

Viewing: Bay of Fires; Scamander; Falmouth; Seymour; Waubs Bay (Bicheno); Freycinet Peninsula - are often seen from the Wineglass Bay Cruises scenic tours boat. The whales��will also swim into Great Oyster Bay and then head��south through Mercury Passage past Maria Island on their way to the breeding grounds of the southern ocean. Another popular destination for this activity is Adventure Bay, Bruny Island where cruises operating during the winter take in this spectacle. 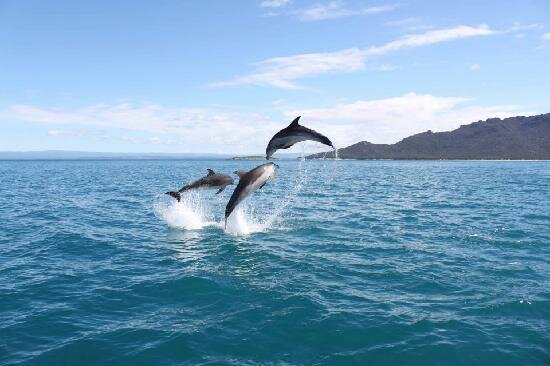 Dolphins are one of the Earth's most fascinating and curious creatures. To be near dolphins is a feeling that few humans can put into words. Bottlenose dolphins are found in most waters and so are protected by many different laws in a large number of countries, including Australia. As Bottlenose dolphins are found throughout the oceans and seas surrounding Tasmania, there are no set locations where one can be directed to and be guaranteed for seeing them. They are found in bays, estuaries, sounds, open shorelines and large, estuarine rivers. They are often seen on coastal cruises around Tasmania's shores, such as those around the coasts of Bruny Island, Freycinet Peninsula and Tasman Peninsula. 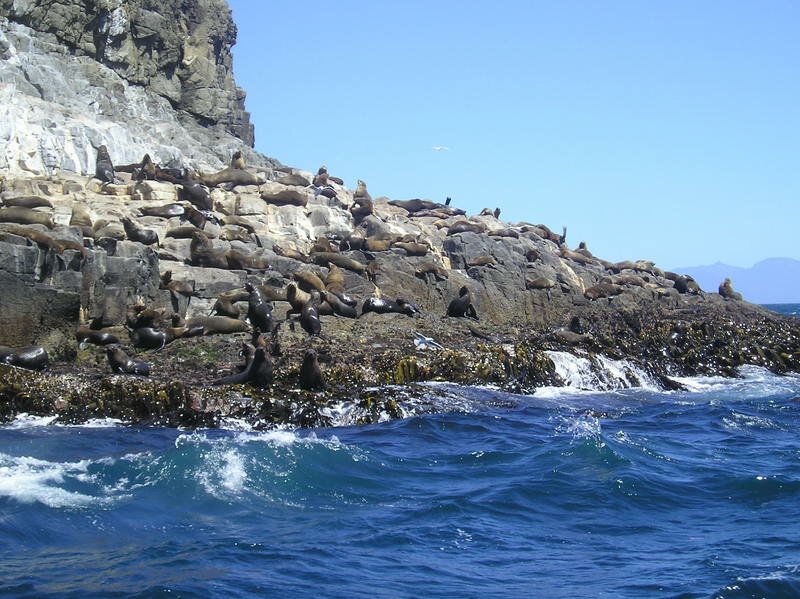 The Australian Fur Seal is the largest of all the fur seals. It has a broad head, pointed snout and long backward sweeping facial vibrissae (whiskers). The Australian fur seal is found from the coast of NSW, down around Tasmania to Victoria and South Australia. It is the most common seal in Tasmanian waters and breeds on small isolated rocks in Bass Strait between October and January. It also hauls-out at various rocky areas around the Tasmanian coastline, especially outside the breeding season when many seals disperse from the breeding colonies. Australian fur seals breed on nine rocky Bass Strait islands, as do brown fur seals, the largest and most robust fur seal. Both kinds are often seen on coastal cruises around Tasmania's shores, such as those around the coasts of Bruny Island, Freycinet Peninsula and Tasman Peninsula, and on a seal watching cruise out of Stanley, on Bass Strait.