The town of Waratah was constructed to support a tin mine at Mount Bischoff. It is built at the top of a waterfall, and water was diverted from the stream to provide water for mine sluicing and processing.

The town of Waratah is built around the shoreline of Lake Waratah. It is pleasant central point in the town with picnic and barbecue facilities and walks to the falls (just north of Smith Street) and the dam wall near William Street. Make sure to go over the road and inspect the Waratah Falls and the waterwheel. 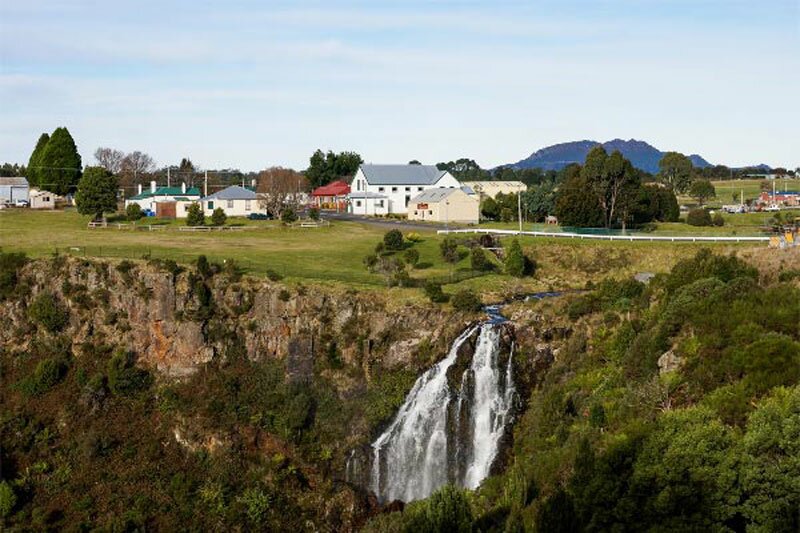 Waratah’s 19th century prosperity is perfectly expressed in St James Church which was built in 1880. In 1889 the Mt Bischoff mine was being lit by electricity. The mine manager, H.W.F. Kayser had the electric light connected to the church. Thus St James became the first church in Tasmania to use an electric light.

A simple, weatherboard Victorian Carpenter Gothic ecclesiastical buildin, it features steeply pitched gable roofs and decorative barge boards. The doors and window all have lancet arched tops and there is a small steel structure holding bell. The church is located in Smith Street. 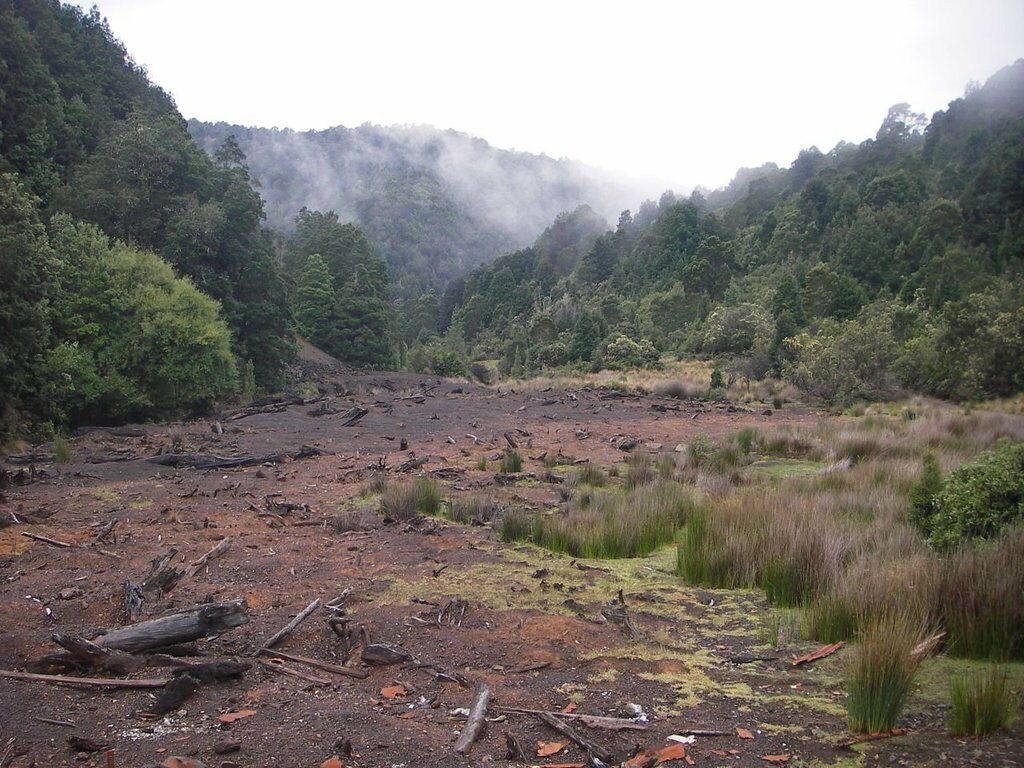 Magnet Mine Trail begins 1.75km west of Waratah and traverses lush rainforest on its way to the Mount Magnet mine site, located 6 km directly west of Waratah. The mine site has relics to explore and good to camp. You can create a circular route using local roads, particularly if cycling. A great walk if you have the time and energy. Distance: 16km. This mine has been intermittently worked for silver, lead and zinc for many years, and more recently for specimen minerals. Historic mining relics occur in this area. Fossickers are asked to respect these relics by avoiding disturbance of historic workings and not collecting artefacts (e.g. bottles, pieces of machinery, etc.) from this area. 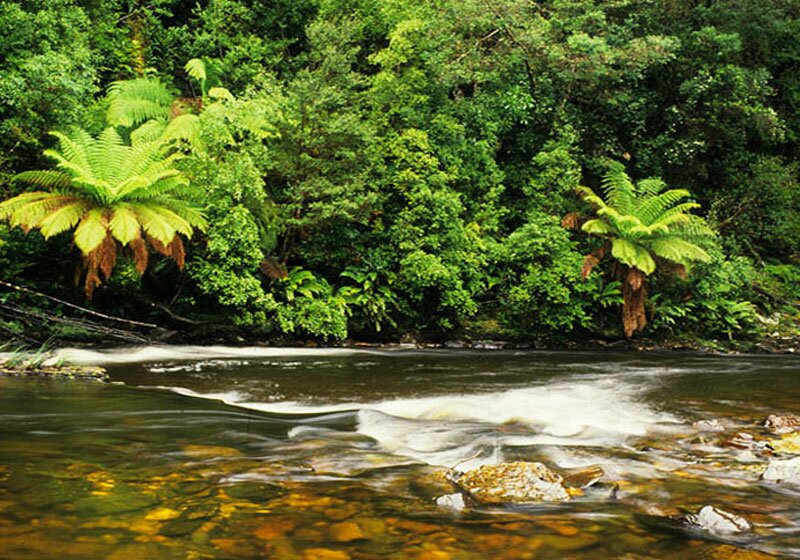 In February 1937, a Royal Australian Air Force Hawker Demon A 1-8, crashed into a hillside of Mt Cleveland when the pilot was attempting to make a forced landing after the tip of one of the wings had struck a tree in the fog. The machine turned upside down but although both men were trapped in the cockpit, they escaped with minor injuries. Only the instruments and fittings will were salvaged from the aircraft. 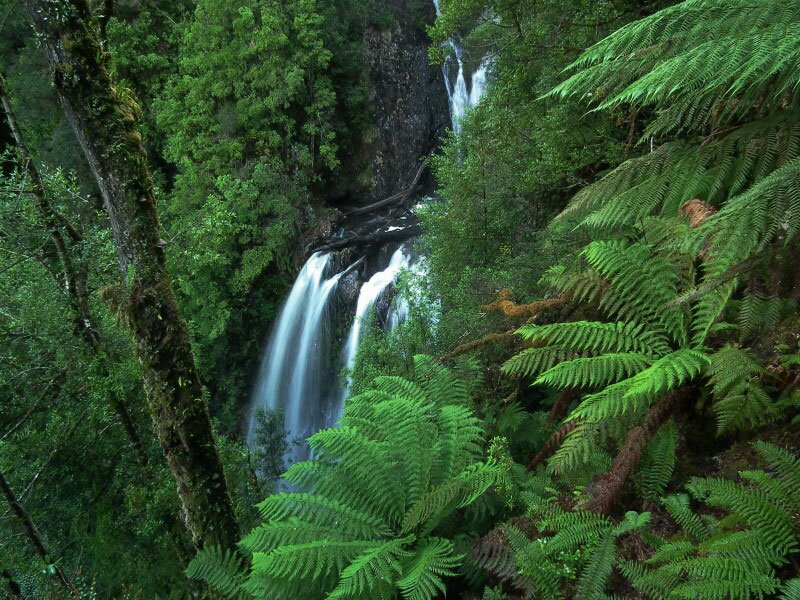 Previously closed to the public, the track has recently been upgraded and leads to a viewing platform near the falls. Good fitness is required as the downhill gravel walk takes 40 minutes each way and descends 240 timber steps. Well worth the effort, it is well signposted from the turnoff at the road and impossible to become lost.
Location: the upper reaches of the Arthur River, 10km from Waratah.