Trail Harbour is a 30 minute drive from Zeehan along a good gravel road through rain forest and button grass plains. This coastal hamlet, which lies in the shadow of Mt Heemskirk, has magnificent surf beaches, fishing and a spectacular view available from the surrounding hills. It was once Zeehan’s port through which the region’s mineral wealth was exported. Swimming, camping, fishing, bushwalking and 4WDing are popular. Shafts and buildings relating to the Federation and Cornwall tin, silver, lead and zinc can be found in the bush. There are no shops or facilities. 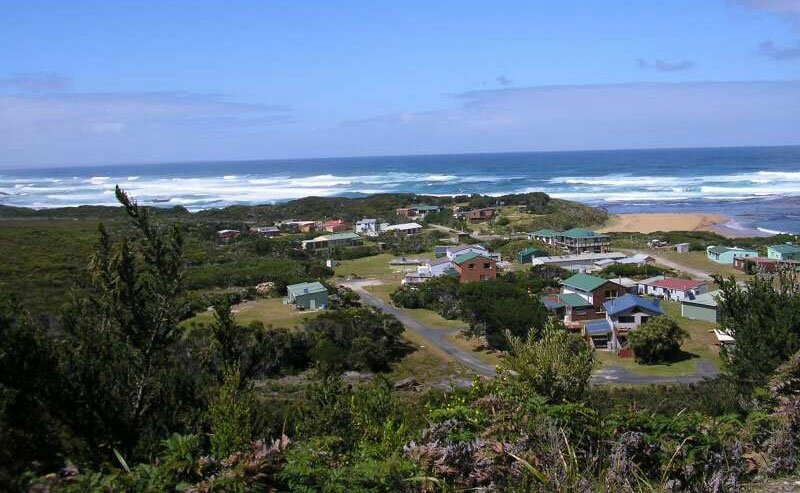 South of Trial is a pleasant walk along the ocean beach to the little Henty River in which you can fish for trout in season or take along your favourite surf rod and do some surf fishing. When the tide is out it's a pleasant walk out onto the reef to explore the many small marine life clinging to the rocks.

The Zig Zag track and This track was the original packhorse track in and out of the town in the early days. The wild flowers on the surrounding hillsides are plentiful in spring, some of them are wild clematis, tea tree, baronia, heath and small wild orchids. Half way up the hill is a seat with beautiful coastal views and a good place to see great sunsets. 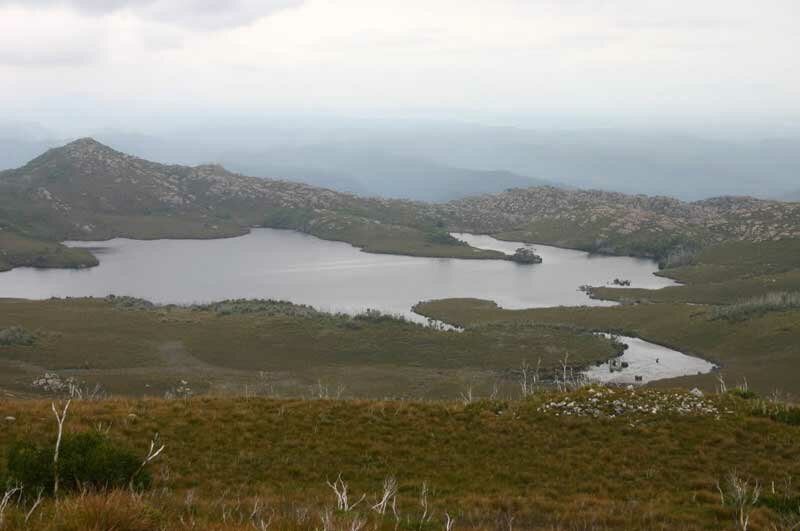 Lake Cumberland nestles out of sight beneath the granite slopes of Mt Agnew. November to January is the best time to visit the area when the coastal heath is in flower. There is a walking track through to area. The track begins below Ernie's Hill, 18 km along the Trial Road from Zeehan and 3 km from Trial. It bends to the right as it climbs through heath then a patch of rainforest. Note the line of the Federation tram which led to the Montagu mine battery and Cumberland battery. This one of many relics from the mining days of yesteryear to be found in the area.

The track emerges on the heath at the top. When the lake is sighted, a trac on the right leads to the dam. Trees now grow on the granitic clay of the dam wall. To find the old water race and pipeline, leave the dam track near its junction with the main track. Walk over a hill topped with granite boulders and then, downhill towards Cumberland Creek through dense scrub. The pipe is just below the water race. 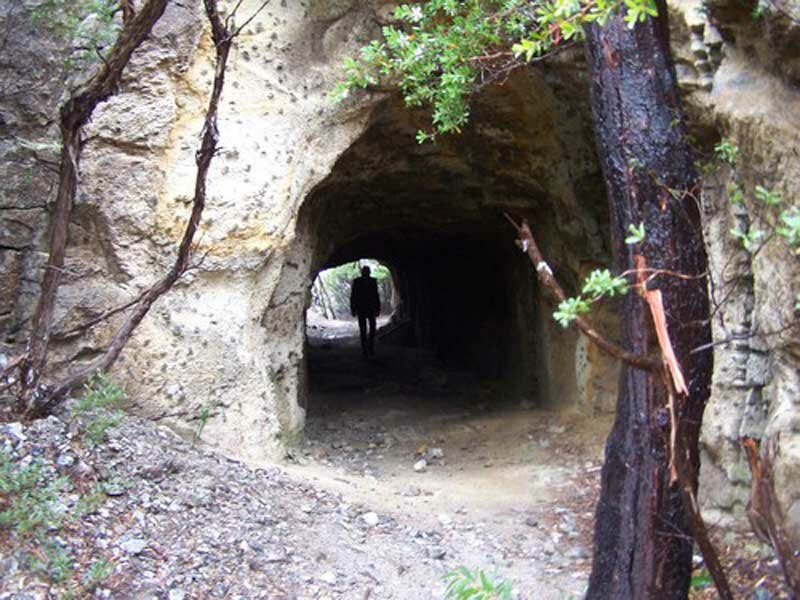 At the old Cornwall mine there was a short steep, and very overgrown walking track down to a small creek.�� Across the creek was a tunnel that strangely went through the side of a hill.�� There were also a few smaller tunnels leading into the darkness of the hillside and didn���t come out.�� At the opposite end of the large tunnel an open chute ran down the steep hill to the beach below.

The Federation Mine processing site is cut into the side of a hill.�� It is amazing to think people once worked out there, so isolated, complete with little train lines for carrying ore and everything set up, all of which now lies abandoned in the bush.

240 km north-west of Hobart, adjacent to the Lyell Highway 8 km east of Queenstown.

Remine, the township that sprung up at Trial Harbour in the 1880s, was named after the native name for Blandfordia which grows in abundance on the hillsides surrounding the town. At times the town had boomed, in 1891 it's population was 214. All buildings were constructed of wood and iron, with brick chimneys, many of the bricks being convict made. There were two hotels, general store, restaurant, blacksmith's shop, post and telegraph office and a police quarters, along with houses, tents and camps around everywhere.

The Harbour was named after the small vessel "Trial ", carrying Mr. Alex Ingleton who to be the manager of the Montagu Mine on the south Heemskirk mining field. It was driven ashore overnight during a gale which Mr. George Davies and Mr. Rex of the Mercury newspaper arrived and on asking the name of the boat on the beach, raised their mugs of spirit and proposed the toast: "Here's to the health of Trial Harbour ". So the spot was named Trial Harbour on the 10th March 1881.

On the 26 th February 1887 a bush fire swept through almost every building. Most of them were rebuilt. On the 12th October 1887 the boat, after which the harbour was named "Trial " was wrecked and lost while trying to get into the opening she had been the first to enter. North, north east of Trial was the south Heemskirk mining field, the main mines being the Orient, Cliff, Cumberland, Montagu, West Cumberland, Empress Victoria, Cornwell, Prince George, Carn Brae and Peripatetic.

Transport from Trial to Zeehan was by packhorses along a very rough road. The need for the port to Trial disappeared when the railway opened in 1892 between Zeehan and Strahan. It was used for a few more years after this for the supply by boat of rails for the Federation mine. What did remain of the township was again devasted by fire and was not occupied again until the early 1900s.

Today, there are 46 dewellings, which are mainly used as holiday homes, with a few permanent people in residence.