Taranna is 87 km south west of Hobart, 30 km south of Dunalley, 10 km north of Port Arthur, on the Tasman Peninsula.

During the height of the Port Arthur penal settlement, Taranna was the terminus for a human railway which ran between the jetty at Little Norfolk Bay and the prison. This railway line was designed to carry passengers and supplies from the security of Norfolk Bay across the narrow isthmus to Port Arthur and Long Bay. The aim was to avoid the rough seas which characterised journeys from Hobart Town to Port Arthur which were forced to round Cape Raoul. The railway has the dubious distinction of being the first railway in Australia and probably the only one using human horsepower along its seven kilometre line.

The town has a couple of interesting buildings. Tasman’s Inn (circa 1842), sometimes known as Tasman’s Lodge or the Norfolk Bay Convict Station is a green and white building on a side road which was built by convicts out of bricks which were brought to Taranna from Port Arthur. It has changed use numerous times since its construction.

Originally the Commissariat Store it was built to hold stores which were landed at Taranna jetty and pushed along the railway to Long Bay. When Port Arthur closed down in 1877 the store became the Tasman Hotel (the only hotel on Tasman Peninsula). In 1913 it was turned into Taranna Lodge, a guest house. At this time it was also the local Post Office. It closed down but there are plans to refurbish this historic old building and open it up to the public once again.

Here visitors can watch through viewing windows as the fine handmade chocolates in a variety of flavours are made. 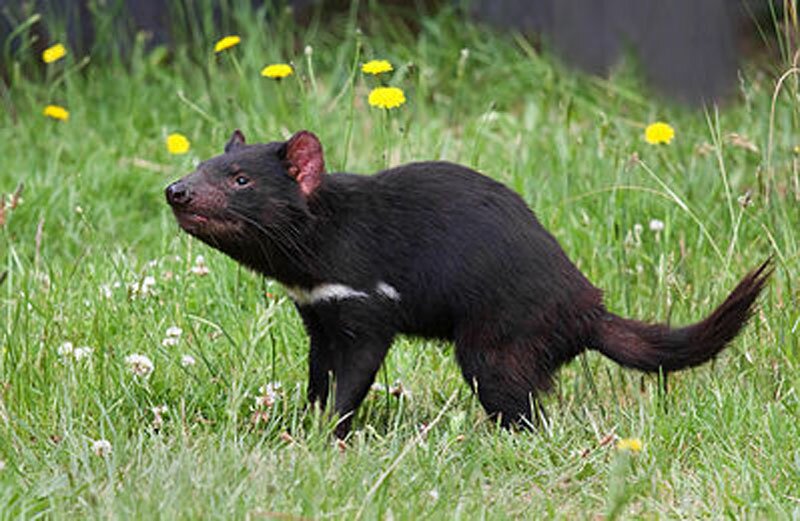 The conservation park is dedicated to wildlife protection and rescue, and also has extensive breeding programs. Visitors can interact close up with tasmanian devils as well as other Australian wildlife such as kangaroos. The park’s layout allows for fun walks and gives the feel of the animals being in the wild instead of a zoo atmosphere.

Today there is little evidence of the old convict railway. The closest you can get to it is to go to the Tasmanian Devil Park (one of the town’s more recent attractions) and the employees will point out a mound on the far side of the road which is a remnant of where the railway once ran.