The Highfield Historic Site represents an important part of Tasmania���s historic heritage. In 1982 the Tasmanian Government acquired the Highfield property with funds from the National Estate.

The farm was built in 1832-1835 for the chief agent of the Van Diemen���s Company, which opened up Tasmania���s north-west. In 1982 the Tasmanian Government acquired the Highfield property with funds from the National Estate.

Today, the site offers a historically accurate vision of a gentleman���s home and farm of the 1830s. It sits on a hillside overlooking the lands the manager would have once controlled, with views across to Stanley, the Nut and Bass Strait beyond. The house is being restored over time and its elegant Regency design, convict barracks, barns, stables, and a chapel were once surrounded by a large ornamental garden.

In 1825, the Van Diemen���s Land Company (formed in England) was granted the rights by Royal Charter, under King George IV, to a huge tract of unsettled land, beyond the ramparts of the unknown.The company was to breed fine wool on a large scale for England. Circular Head was ultimately chosen as the centre of operations. Stud livestock, implements, craftsmen and indentured labourers from England (along with convicts assigned from Hobart) arrived in October 1826.

Under Edward Curr as chief agent, the Company explored, surveyed and developed the northwest. They laid the foundations of centres such as Burnie (named after a Company Director ��� William Burnie). The Company met with fluctuating fortunes due to low market prices. Tenancy schemes and land sales were tried, until the majority of its land holdings were sold off. The Company is now confined mainly to its ���Woolnorth��� property, west of Smithton.

The construction of the present ���Highfield���, thought to be designed by Henry Hellyer for Edward Curr as his new home, commenced in May 1832. Later additions to Highfield were designed by John Lee Archer, an important Tasmanian colonial architect, and built during 1844 ��� 1845. Convict barracks, barns, stables, chapel and large ornamental gardens were features of the estate.

In mid 1853, the future of Highfield as the home of the chief agent was reassessed and after repair work in 1856, it was privately leased the following year. Later additions were made by John Lee Archer, the colony���s first important architect. Archer retired to live out his last days in Stanley and his grave can be found in the protected cemetary at the base of the Nut.

The restoration of stables and farm yards was undertaken during 1987, being generously financed as a special Circular Head Bicentennial Community Project. Restoration works then centred on the main house and its immediate environment. Other works included waterproofing and stabilising various outbuildings and making these buildings available for public inspection. 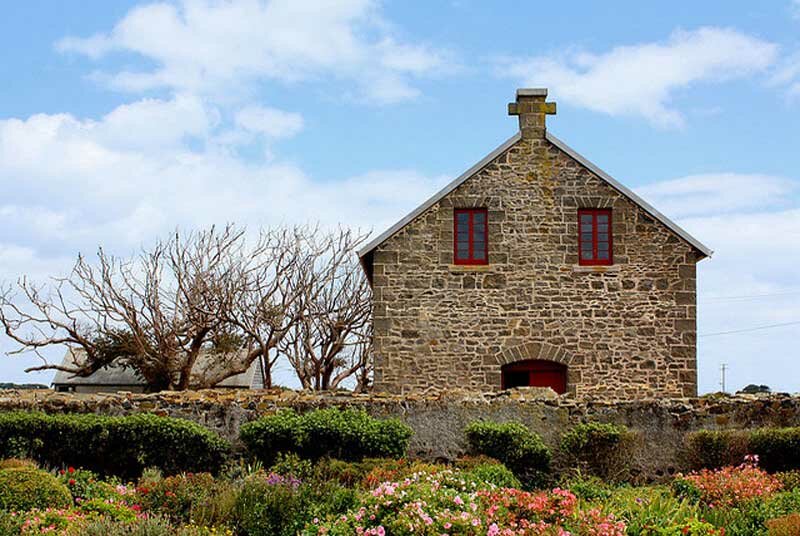 Religious services were at first held in a section of the 1827 Highfield cottage.They were conducted by Thomas Swayne (wool sorter and book-keeper) until he left in 1841. Six convicts formed the church choir.

Late in 1838 the building of a stone chapel was commenced, although never completed. Reverend Grigg was appointed chaplain. Services were conducted in the chapel building from the beginning of 1842 until a church and parsonage were erected in the new company township of Stanley.The chapel was later used as a storehouse.