Hobart is surrounded by water and the River Derwent provides for a host of beautiful beaches near to the city. Swimming and other water sports such as small boat sailing, rowing, windsurfing and water-skiing are all enjoyed at sites up and down the Derwent estuary.
Based on long term monitoring, most of the Derwent's popular swimming beaches receive either good or fair grades in terms of water quality, with the best water measured at Taroona, Hinsby and Blackmans Bay beaches followed by Oppossum Bay and Little Sandy Bay.

Taroona (an Aboriginal word meaning sea-shell, specifically that of a 'Chiton') is a major residential suburb approximately 15 minutes drive south from the centre of Hobart, Tasmania on the scenic route between Hobart and Kingston. In the first half of the 20th century, large and elegant residences were built, as well as beach shacks and cottages which were used for seaside holidays by the residents of Hobart. 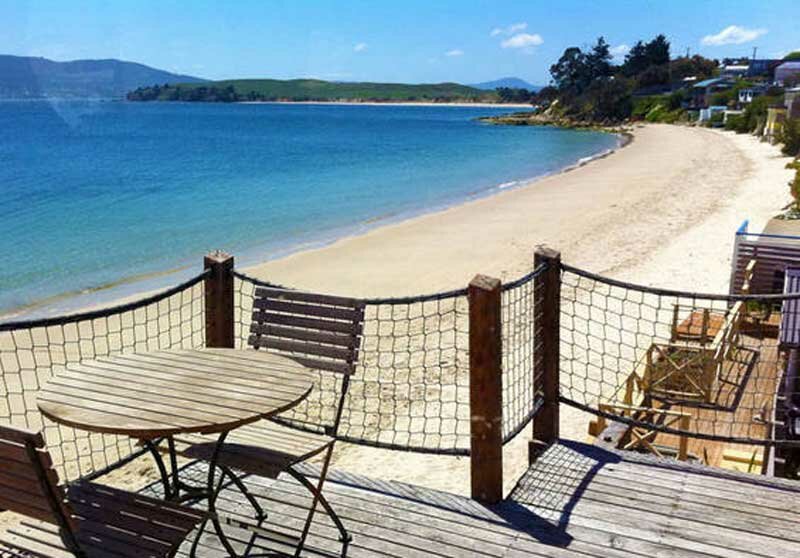 Opossum Bay is an attractive beachside hamlet approximately 40 minutes drive from the Hobart CBD on South Arm on the east bank of the Derwent near the river mouth. It has the advantage of being not too distant from the city while being at the 'end of the line.' Opossum Bay has expansive views across the Derwent River channel to Kingston and the Alum Cliffs at Taroona, with Mt. Wellington beyond. At Opossum Bay there is a sandy beach in a sheltered bay.

Kingston is a busy township just south of Hobart which has several small sheltered beaches and bays,for both surf and estuary swimming. Kingston Beach is the main beach, although the smaller beaches all offer something unique to the visitor. There are rock pools at Boronia, the blowhole at Blackmans Bay and you can follow the underwater snorkelling trail at Tinderbox Beach. There is an old colonial fort at Piersons Point from which there are expensive views across D'Entrecasteaux Channel and across to Bruny Island. 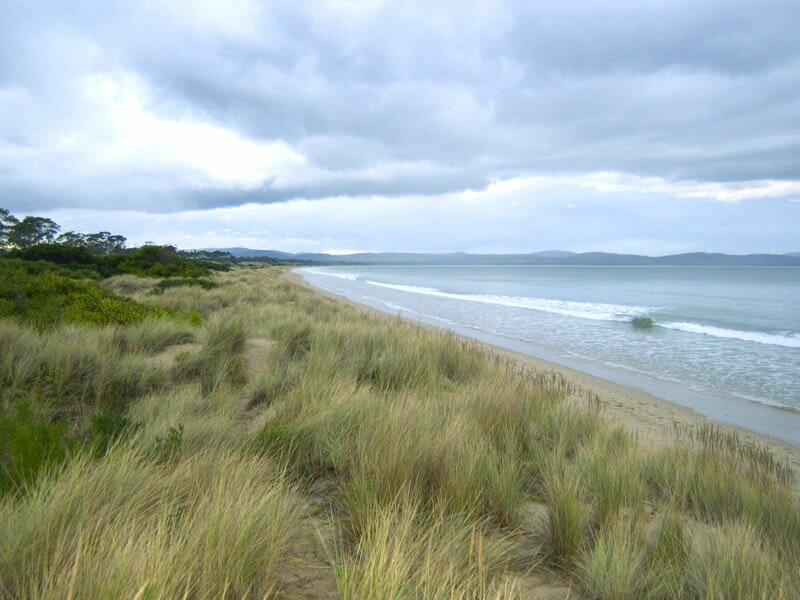 Seven Mile Beach, also on the eastern shore, Seven Mile Beach is a former holiday home area that offers one of the best 'walking' beaches in the Hobart area. The beach is a long crescent of sand overlooking Frederick Henry Bay. Curving along a natural sand spit, it extends east from the Seven Mile Beach residential area to Sandy Point. There is a general store at the western end of the beach, day use areas with picnic facilities, showers and toilets, a children's playground and a range of holiday accommodation.

Lauderdale, on the eastern shore, is set around the safe, beautiful, white sands of a long swimming beach. It is popular for fishing, boating and wind-surfing, and is close to the airport. Lauderdale is becoming increasingly popular as a place to live with young people, its relaxed beachside surroundings and lifestyle becoming increasingly appreciated. 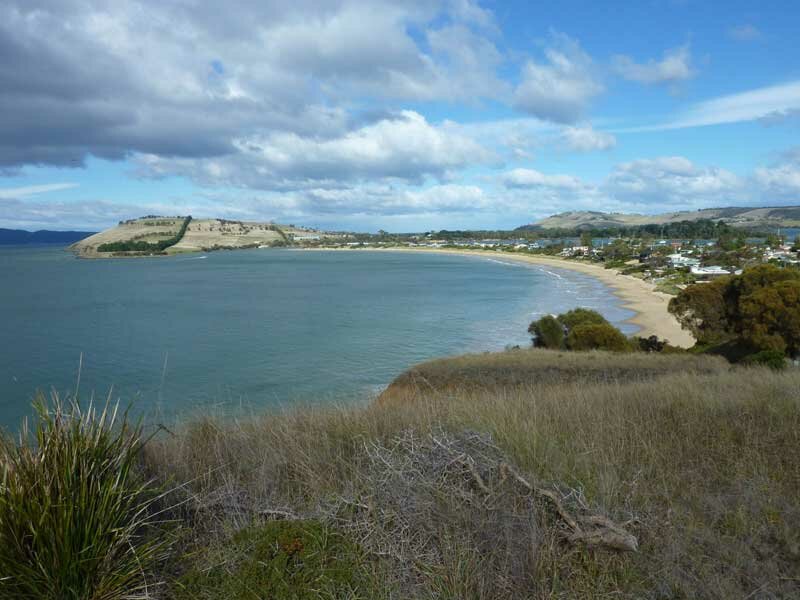 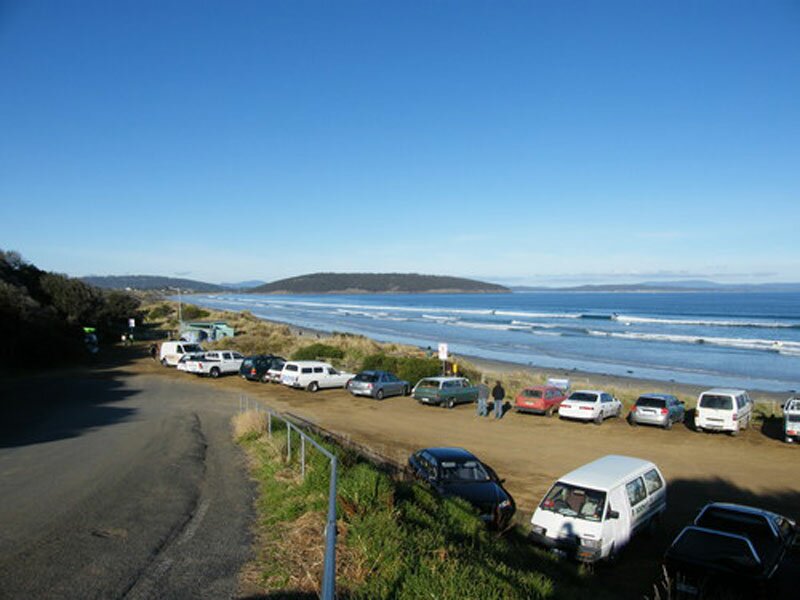 Park Beach and Clifton Beach are the closest surfing beaches to Hobart, each about a 35-minute drive from the city centre. Park Beach is in Dodges Ferry at the end of Carlton Beach away from the river mouth.