The influx of transported convicts, penal administrators, civil and military officers and their families, had a significant and last impact on the island. Their labour has filled the Tasmanian landscape with sandstone streetscapes and grand homes. Much of their work is still used today, from Australia's oldest bridge, to small cottages, public buildings and wonderful streetscapes. Most of these convict built sites have been given heritage listing, protecting them for the enjoyment and education of future generations.
Eleven of Australia's most important and highly significant convict sites were inscribed on the World Heritage List, all of which were included in the Australian Convict Sites World Heritage serial nomination lodged with UNESCO by the Australian Government in January 2008. Of the eleven sites, five are in Tasmania. 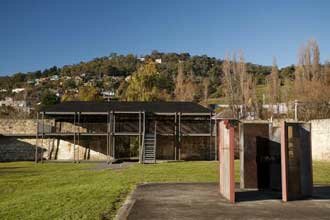 Built near the base of Mt Wellington in 1828, this self-contained, purpose-built institution was designed for reformation of the thousands of female convicts sent from the prisons of Britain to Van Diemens Land. The factory was separated and hidden from the main settlement of Hobart. Here the inmates did laundry, picked oakum and needlework services, offsetting some of the colony's penal costs. Approximately 25,000 female convicts were transported to Australia (some 15% of the convict population). The site of this once busy and crowded place today comprises of the original five yards, the matron's cottage and substantial ruins of the perimeter walls. 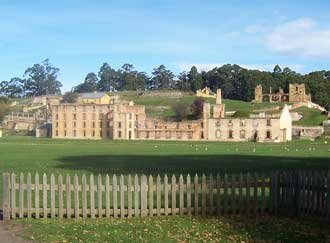 Of all the convict related historic sites around Australia, none so graphically tell the story of Australia's convict past that the ruins of the convict settlement at Port Arthur. The place is a window into modern Australia's beginnings, and paints a vivid picture of the lives and times of those poor wretches who were transported to Australia from Britain to start a new life on the other side of the world.

The convict settlement on the shores of Mason Cove, Port Arthur Historic Site operated as a penal station for secondary offenders until 1877, and developed into a major industrial complex. The site's conservation progam and cleverly refined ways of storytelling allow visitors to soak up the fascinating and brilliantly varied themes of this historic site. 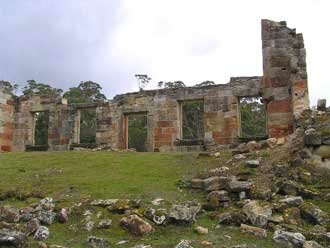 This was Tasmania's first operational mine, established as a much-needed local source of coal, but also as a place of punishment for the worst class of convicts. It played an important role in the development of the colony, and held up to 500 convicts. It was regarded as a particularly severe place of punishment. At any one time, around 60 convicts were sent to work in the dark, hot damp tunnels of the mine which operated from 1833 to 1848. At the site are remnants of the main settlement include the prisoners' barracks, chapel, officers' quarters and solitary cells. The ruins of the colliery, including the circular depressions of the mine shafts, can be viewed at close range.

Brickendon and Woolmer Estates were private farms that utilised assigned convicts, both male and female, who worked largely in agricultural jobs and contributed to the development of Tasmania's pastoral industry. 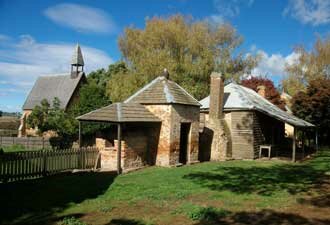 Brickendon Estate was established by an early pioneering family in 1824 just outside the historic town of Londford. Now in its seventh generation of farming by the Archer family, the property was established as a place of Assignment, where convicts were put under the control of a private land owner as a free labour force and were provided with food, shelter and reformation through religious instruction. The estate is a complete farm village, with hedgerows, original convict buildings, estate gardens and homestead set in a rolling landscape, just as William Archer created it. 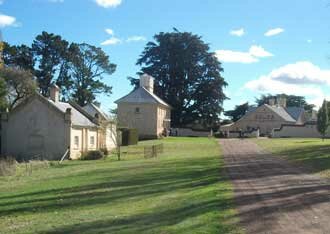 Woolmers Estate is a grand homestead, not far from Brickendon, looking across the plains to the Western Tiers. Built by one of the Archer brothers, to visit the estate is to take a step back in time into the life of a successful early Australian settler, his family and the convicts who supported it all. The homestead has all the original fixtures, furnishings and a vast collection of personal possessions still in position. The grounds and out-buildings demonstrate the wealth created by using assigned convict labour. 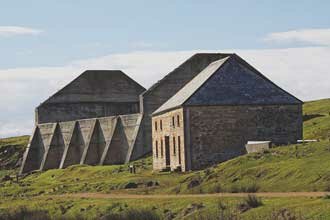 Stragegically located on Maria Island on Tasmania's east coast, the Darlington Probation Station was part of a grand scheme to reform convicts through work, eduation and religious instruction. The island's beauty belays the hard work that took place here. Today, the island landscape is covered with the evidence of the well organised and structured probation system. In total, Darlington Probation Station has some 16 surviving sites dating in some cases to the 1820s. It is possible to sleep in the 1830s convict penitentiary, prepare one's meals in the mess hall or hike along one of the many convict roads.